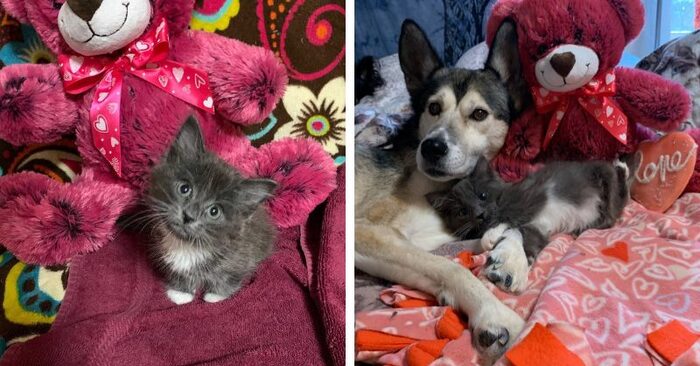 A 9-week-old cat arrived at the Alaska Cat Adoption Team with crooked legs.

When the rescue team learned of the cat’s whereabouts, they contacted KAAAT Mojo’s Hope and KAAAT Alaska, both of which operate a special needs animal program based in Anchorage, Alaska.

Lady Pearl’s kitten was examined by a veterinarian to make sure that the disease would not hurt her and that it would not significantly affect her life. 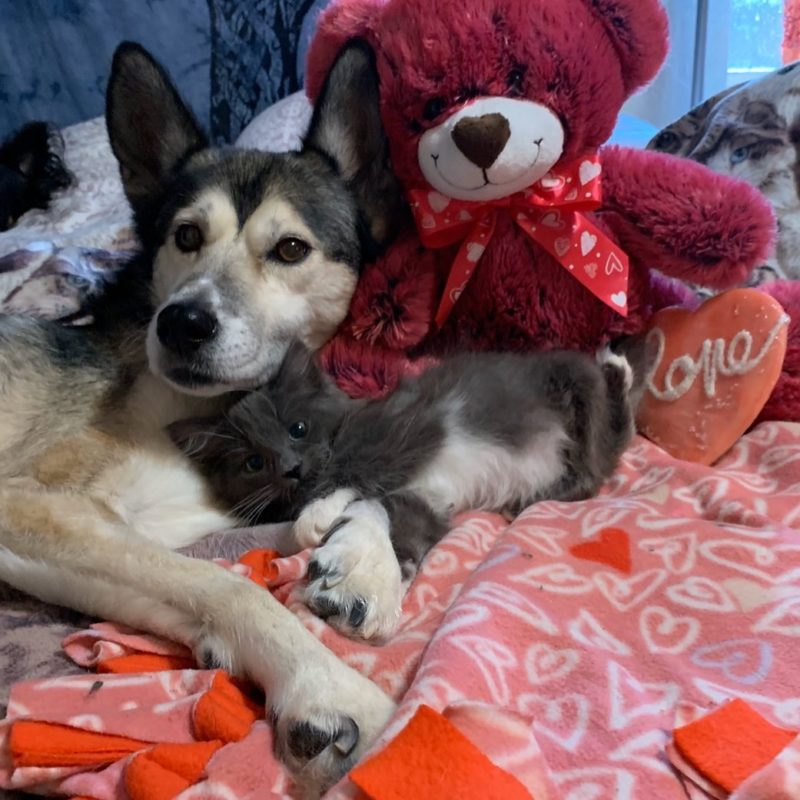 An x-ray revealed an old spinal injury, due to which the kitten’s paws were bent.

Lady Purl, who weighed only 1.7 pounds and suffered from frequent diarrhea, was also starving. Luckily, as she grew stronger, she proved to be a formidable opponent. 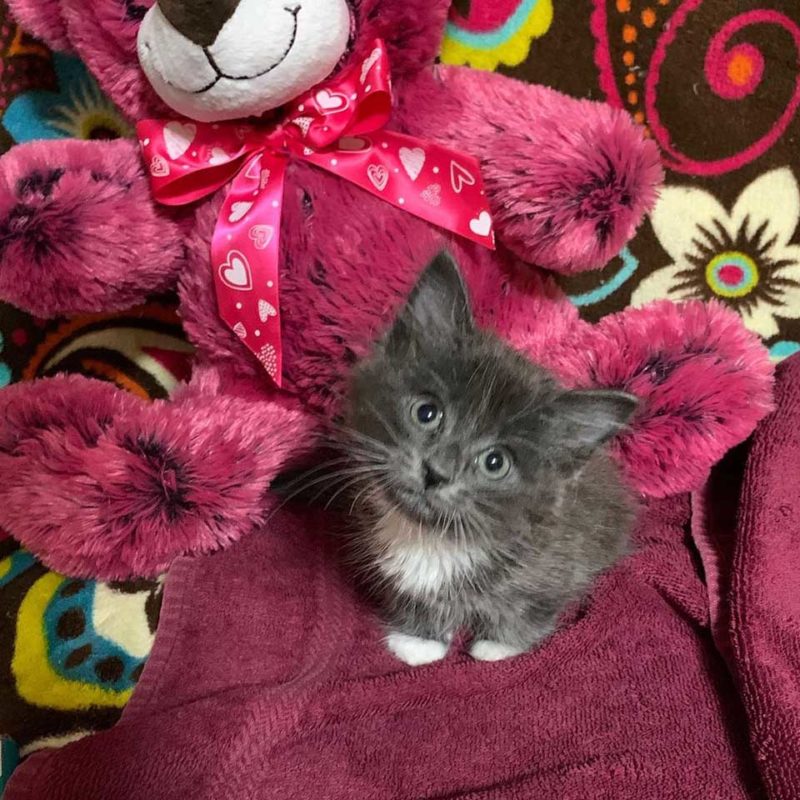 The curious cub is fine now, seemingly oblivious to the fact that she is not like the others.

As soon as she arrived at KAAATs in Alaska, she settled into her cat-proof playpen, cuddled up to a teddy bear, and took a long, calm nap; no doubt the bow-legged kitten felt protected. 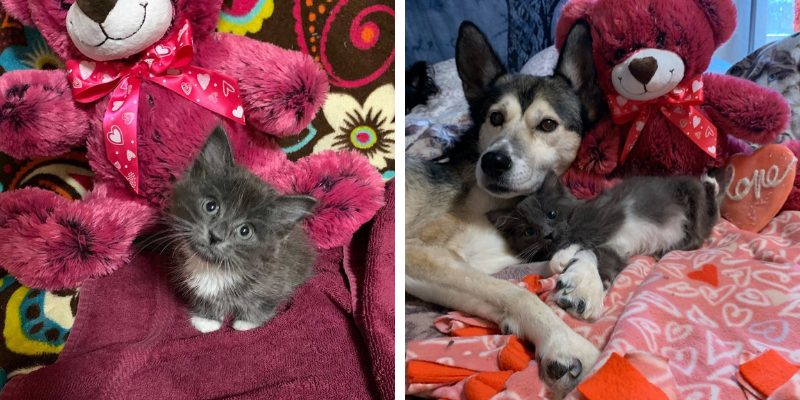 Shannon carefully introduced her to her local animals, Cinder the dog and HarPURR the cat, believing that allowing him to interact with other animals would benefit her.

She loves to spend time with her two best friends and cuddle with them.