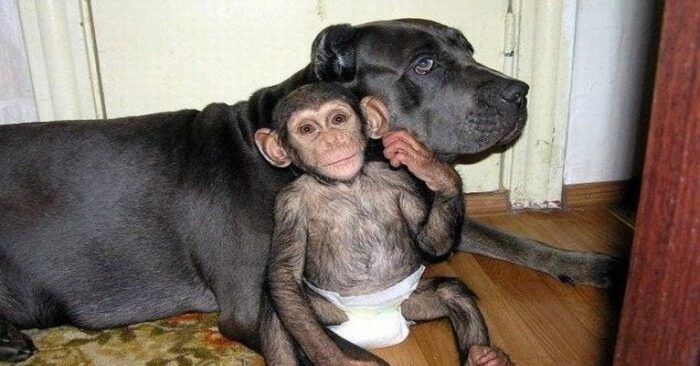 From time to time in the animal kingdom there are stories that make us all think. Like, for example, this incident that occurred in one of the zoos a few years ago.

Sometimes it happens that living mothers refuse some of their newborn babies. Something similar happened to this little chimpanzee. 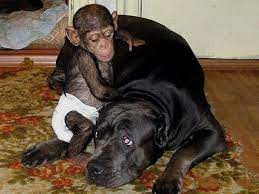 After a carefree mother abandoned her baby, the zookeeper took him home to take care of him. But, to everyone’s surprise, the dog, who also recently became a mother, adopted the chimpanzee as her own. 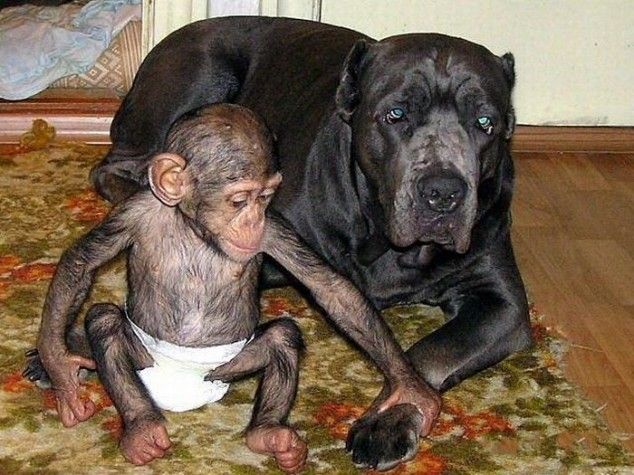 However, when it comes to feeding, things don’t always go smoothly. But there is no doubt that he is happy in his new family. 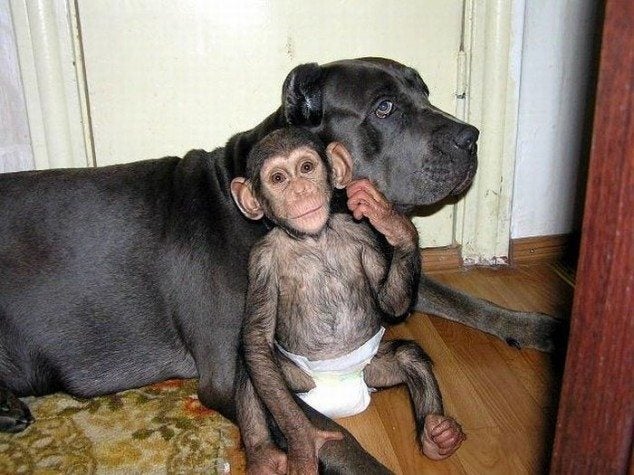 These photos speak for themselves. It’s good that animals sometimes don’t care who they love and raise. After all, all children deserve to have a family and parents.