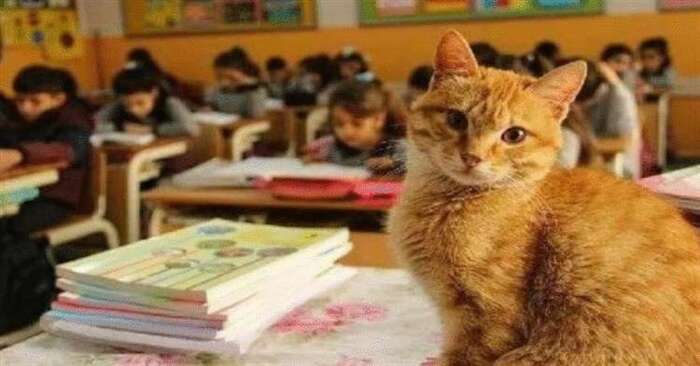 The school staff was not at all against a friend like this cat.

A year ago, a red-haired baby appeared at an elementary school in Izmir, Turkey. The children immediately took him under their care, began to feed and play with him, and since then the animal has become a welcome guest in this school.

Most of all, the cat fell in love with the students of the 3rd grade. The school staff did not object to such a friend at all, he was taken to a veterinary clinic, where he was treated for parasites, and the children named Tombo. 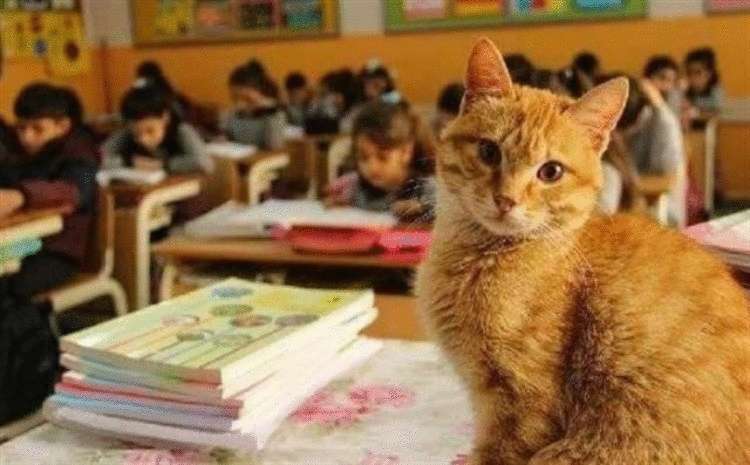 Teachers began to notice that the cat has a very positive effect on students, the children in the class became calmer, more careful, no one screams, everyone is afraid to scare Tombo.

And the cat, in turn, also behaves very decently in the classroom, it can even help flipping through the pages of books, he listens very carefully to the teacher. 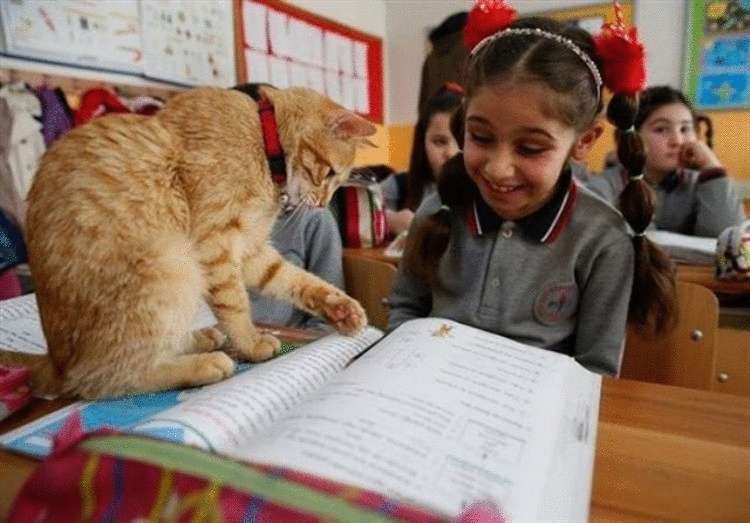 Children often make up and act out stories about their tailed friend.

Unfortunately, one of the parents did not like the presence of the cat in the classroom at all, and he wrote a complaint to higher authorities.

Therefore, it was decided to give the cat a new home and not let him go to school. But poor Tombo was so exhausted that he stopped eating and drinking; it was evident that the cat was very bored, the animal was melting before our eyes. 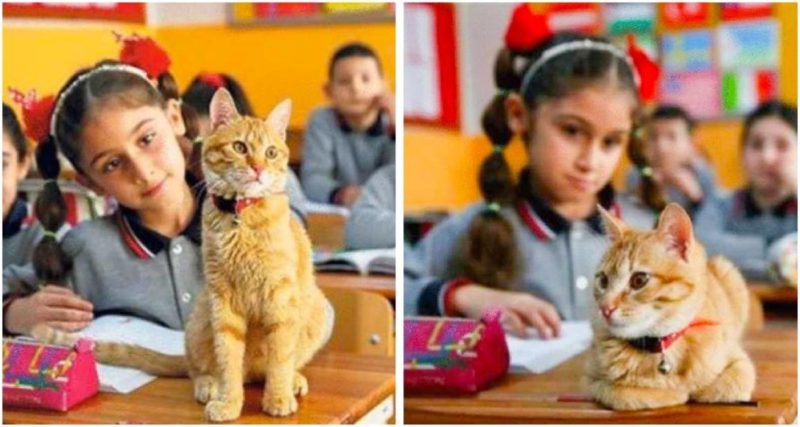 Having learned about this, the school management decided to accept the team as a team. They even opened a personal file on him, made all the vaccination certificates there, and compiled a list of work duties.

The return of the tomboy became a real holiday for schoolchildren, he again went to the third grade, he is even called the director of this class.