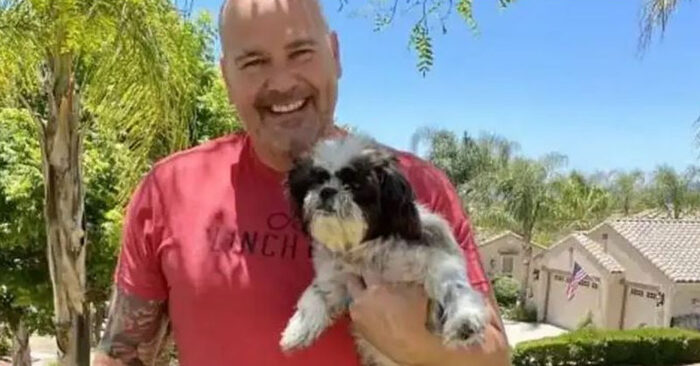 This man did find his furrever soulmate when he fostered Chloe in his family.

They are a union made in heaven. San Diego detective James “Chappie” Hunter lost his leg in an accident. But he found a close friend when he took care of 9-year-old Chloe at her family’s alpine home.

In March, Chloe had a partial amputation of her hind legs, which resulted in her spending 3 months in a rehabilitation center at the San Diego Humane Society’s Escondido campus. Ultimately, Hunter and his family decided to adopt her.

One evening in June 2013, Hunter was riding his motorcycle when he collided with a car on Alpine Boulevard. He lost his left leg below the knee. 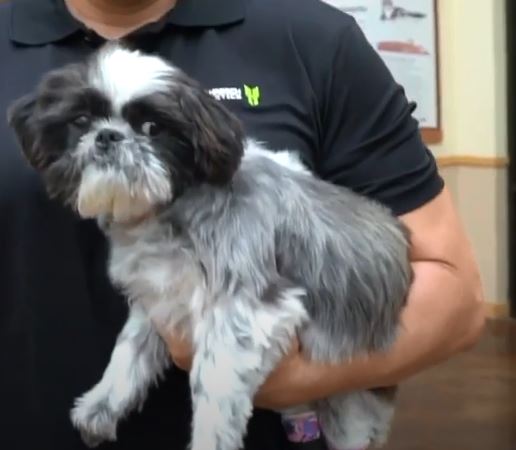 He had to spend a week in Sharp Memorial Hospital and ended up getting a prosthetic leg after a year of recovery.

Chloe was rescued from the Mira Mesa residence with bandages wrapped around her hind legs to keep the dog from licking and scratching. The problem was that the bandage cut off the blood flow to her legs because she was bandaged too tightly. 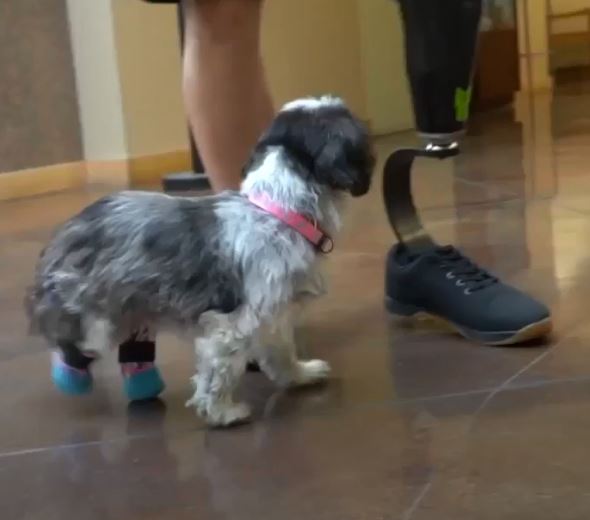 Chloe had to learn to walk again in a prosthetic wheelchair. Roxy underwent a skin wrapping procedure, almost recovering her injured leg. Now she wears a special prosthesis on her left leg.

Chloe has orthopedic slippers for both hind legs. “Making artificial limbs for dogs is quite a complex process, and this was a first for the Humane Society of San Diego,” said veterinarian Susan Garrity. 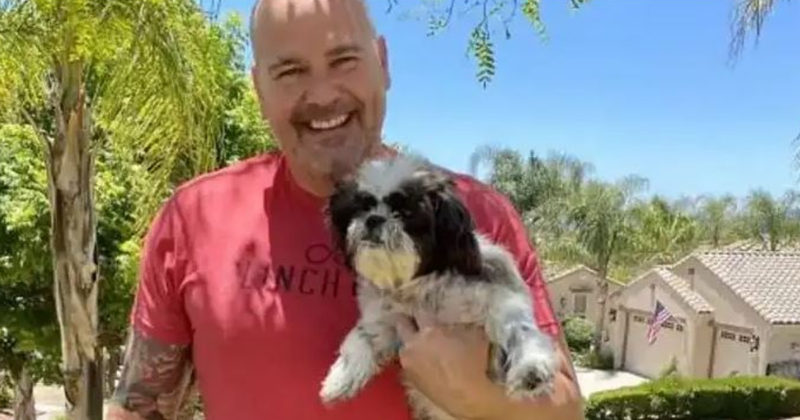 “This included sedation to take an impression of the foot, perfect fit of the prostheses, and monitoring for pressure sores.”

It takes time for the dogs to learn how to use them, but the staff tries to give these dogs a second chance.