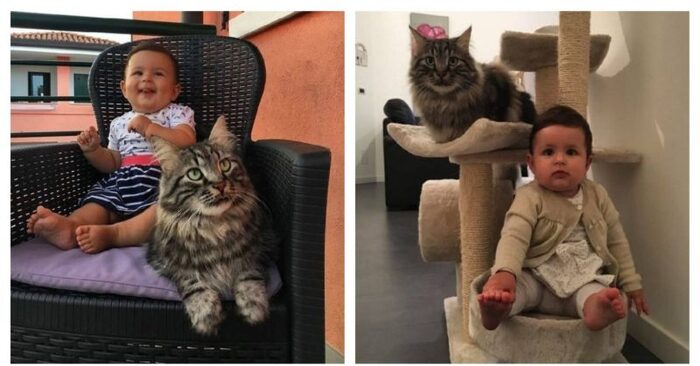 The woman saw a homeless cat on her farm and took care of him.

Many animals are left on the streets. Some of them are simply afraid of us.

Some of them are so kind and loyal, if only people give them a chance. 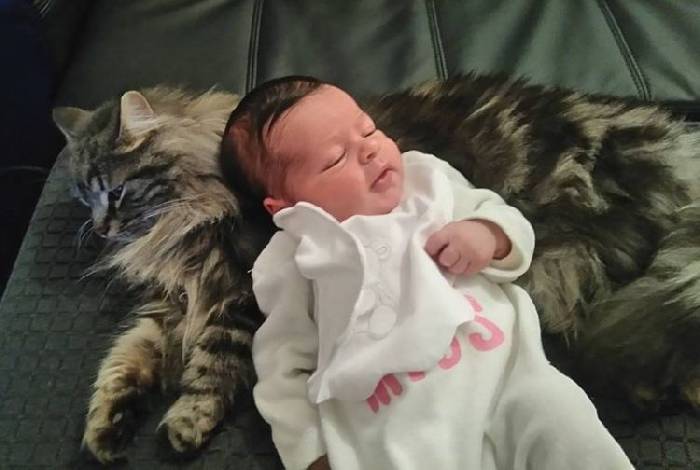 Italian Stefano de Munari, found a very large and beautiful cat on her farm. Stefano realized that this animal was homeless.

The woman named him Tiger. Stefano was pregnant at the time and Tiger slept next to her until the birth. 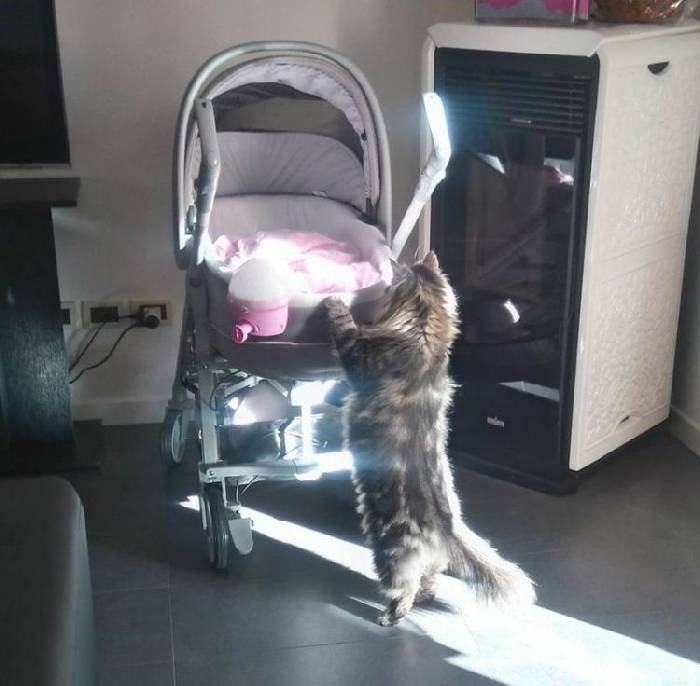 When little girl was born, Tiger became her nanny, bodyguard and friend.

A young mother admits that she is always calm for her daughter when the Tiger is next to her.

Tiger is like an older brother for a girl. Sofia is lucky to have the cat next to her.