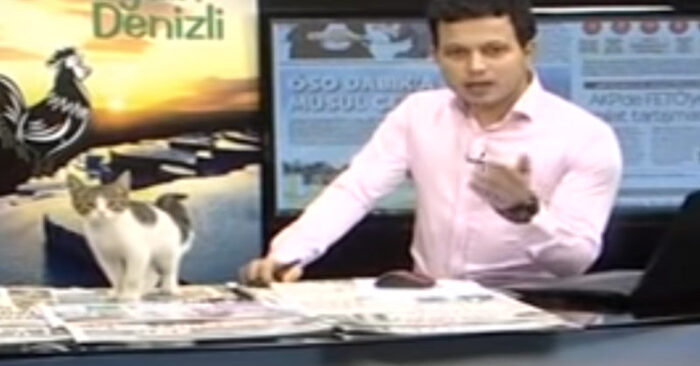 The man calmly read newspaper headlines when a street cat appeared in the studio.

Sometimes during live broadcasts in the studio, unexpected situations can arise. 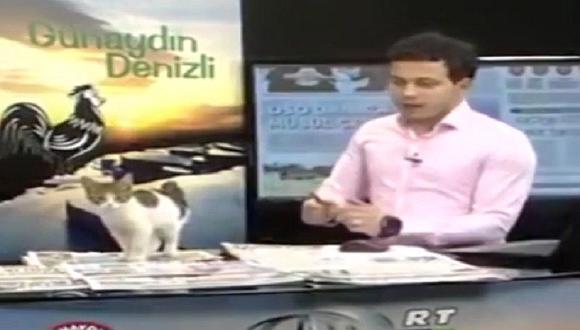 But we cannot exclude moments when surprises are really very unexpected and pleasant. This happened in the program “Günaydın Denizli”. The man calmly read the news to the audience, but at some point a street cat appeared in the studio. 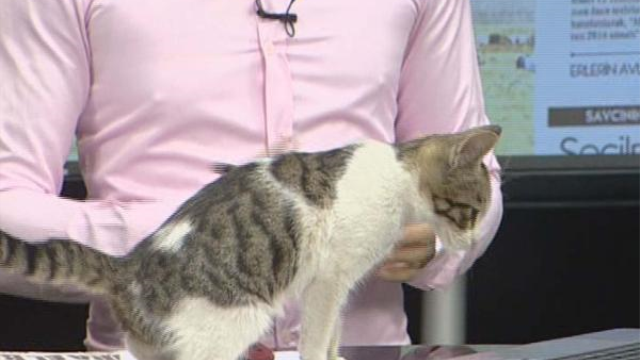 It is worth noting that the employees regularly feed the cat.

After sitting for a while, the cat realized that the ideal place for him is a laptop. 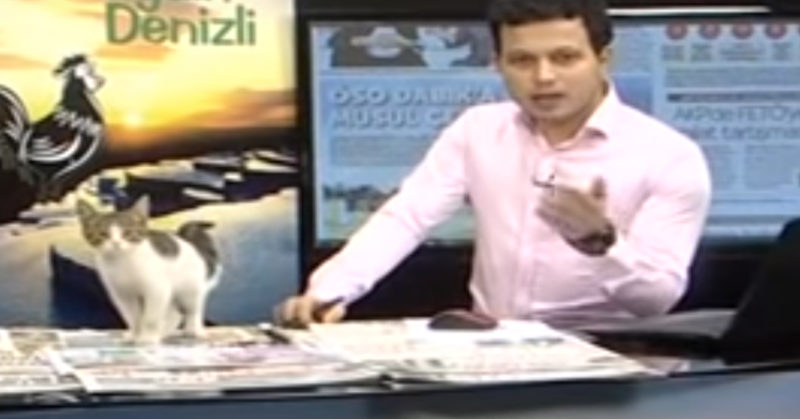 It should be noted that Kudret became a true professional, as he was not at all embarrassed by such an unexpected guest. The man behaved in such a way that nothing really happens and the live broadcast went as it should.

This is a world that also belongs to animals. We just have to love them.