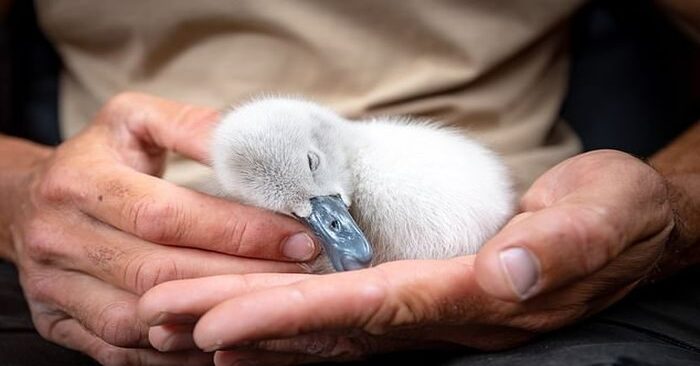 In a gray body, rather awkward for a duckling, there lived a swan.

A strange gray duck that Rob Adamson once found was injured and would have died if the man had not taken the bird with him and started feeding it. 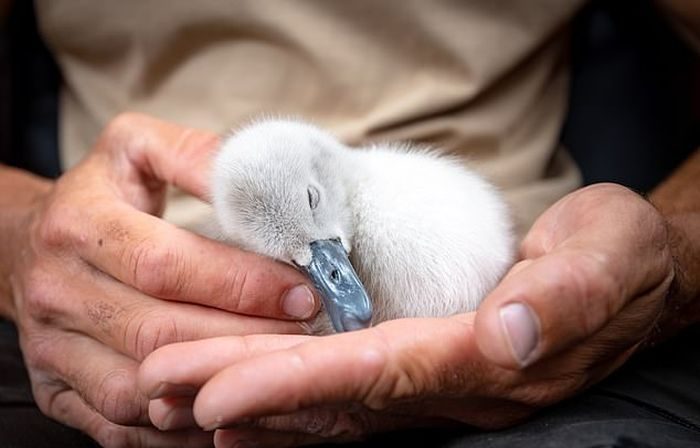 Rob learned from the veterinary clinic that he had a swan in his hand.

The man did not give up and began to feed the unusual pet. 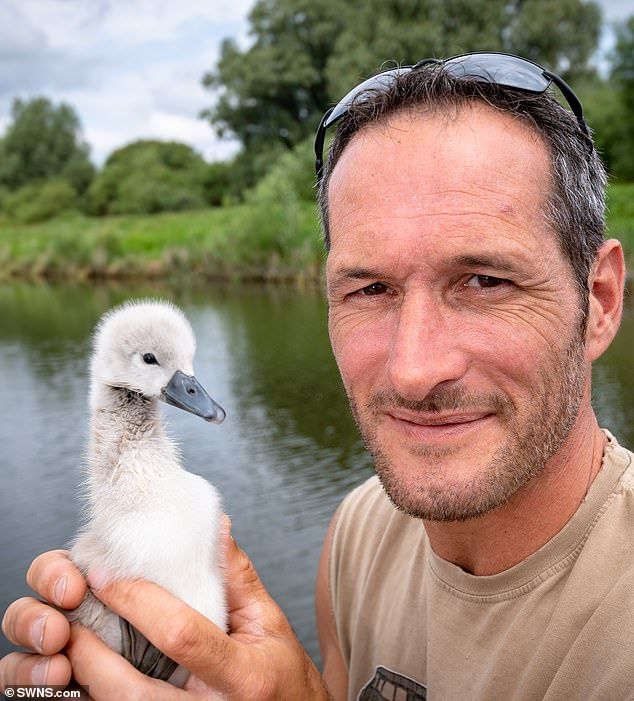 And feeding the baby had to take place according to a strict schedule.

Soon, a swan named Sydney became so attached to Rob that he even slept next to him. 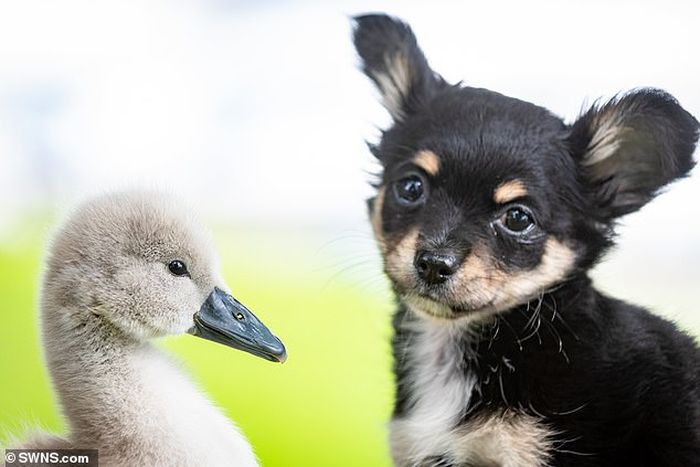 Sidney also had an unusual friend for a bird: another of the owner’s pets, a Chihuahua dog, with which the swan became friends.

However, Robert decided that it was impossible to go against nature, and took Sidney to the animal rights activists so that they would adopt her into the wild and find a mate. 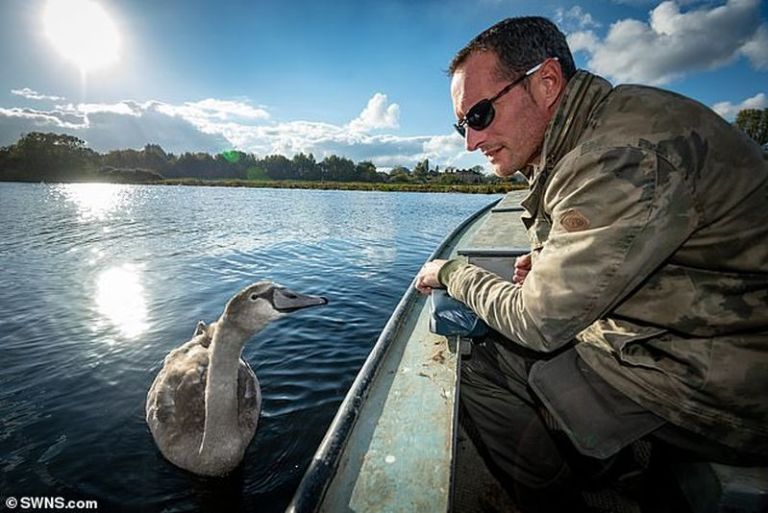 But the swan decided that his family was Rob and the dog, and flatly refused to go free.