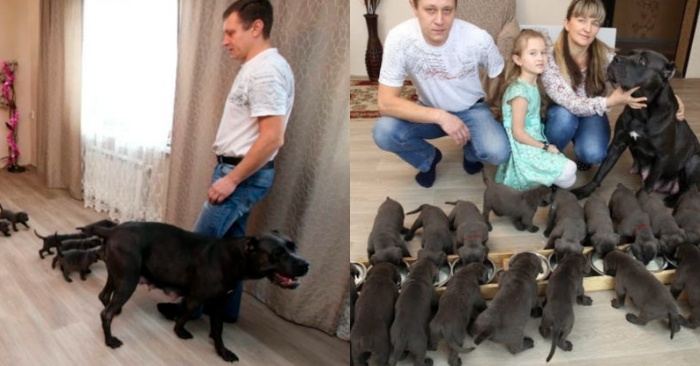 An amazing dog was able to give birth to 19 puppies and became record holder.

Not so long ago, a dog from the Russia was among all world record holders. The pet of the Cane Corso breed named Kira was able to give birth to 19 pups.

This is truly a rarity. And therefore, when they hear such figures, people do not even believe that this is, in principle, real.

According to the dog’s owners, the difficult labor continued all night. People did not expect that there would be such a huge number of pups. 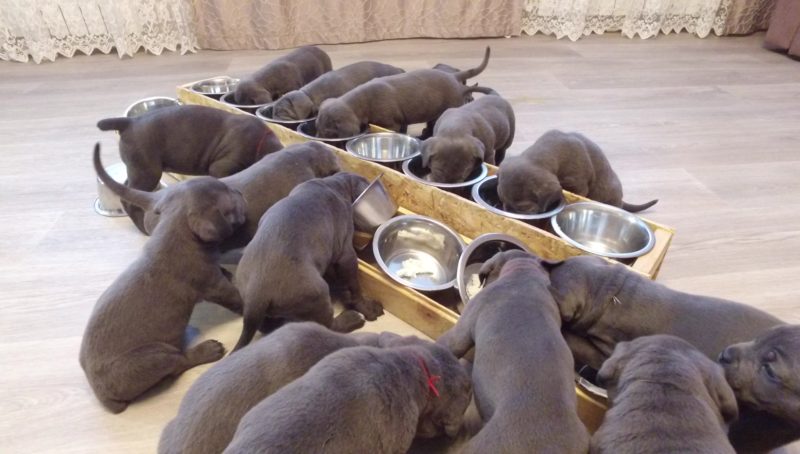 Moreover, these were the first births of Kira. And so the owners were very surprised to learn that there will still be many animals in their house.

One of the 19 pups died. But even this can be considered an excellent indicator. After all, as practice shows, the rest of the events are far from the most pleasant and joys. 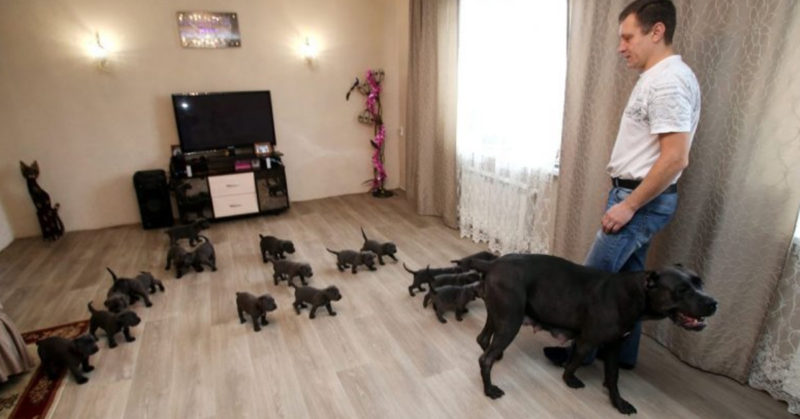 All puppies are doing well now. Just like Kira. The dog has already gone through a difficult birth. She continues to live her former life, the owners tried to surround the pet with great love and care.

The same record was set in 2011 after such a large generation of Tibetan mastiffs appeared in China. And already in 2015, 19 pups were born to a great Dane named Velma and this happened in the USA. 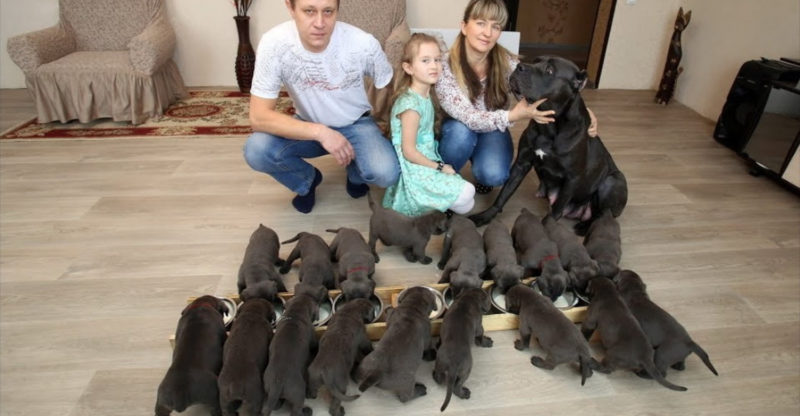 Dog owners are happy that everything went well. They sincerely worried about the Cane Corso, doing everything possible so that their pet would get in shape as soon as possible. After all, the birth of 19 pups is a real stress. And few people can tolerate it normally.