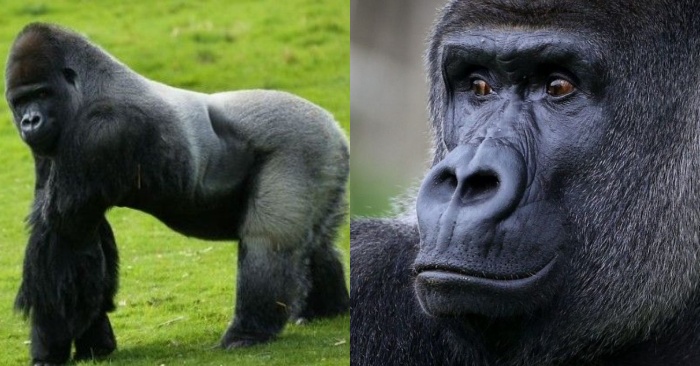 Tourists came there to admire the primate, who learned to walk like a man.

Among all primates, mighty gorillas are one of the closest relatives of man. These gigantic, muscular monkeys have tremendous strength, and their 5 cm fangs can inflict a terrible wound.

However, gorillas are actually very peaceful. They mainly feed on plants, and insects make up animal food in the diet of hairy giants. 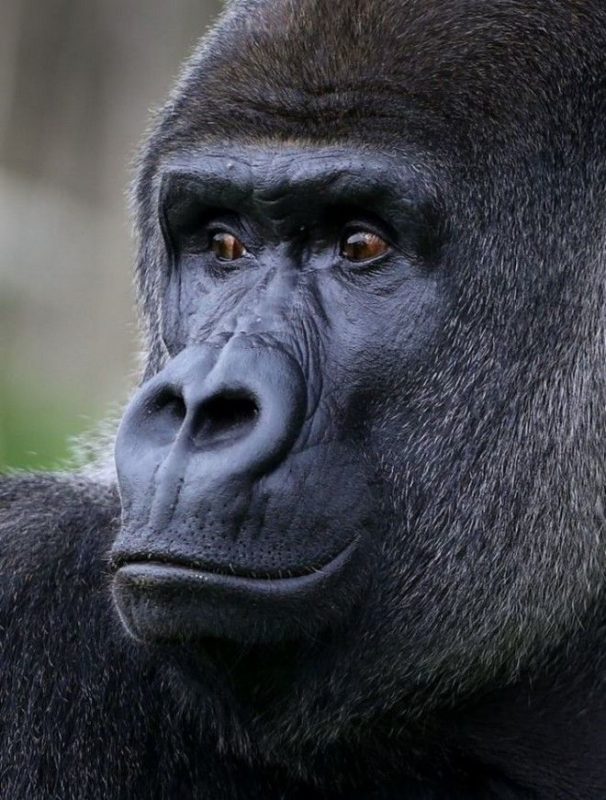 Some primates dominate zoos so much that they become real darlings of the public. Among them is the handsome Ambam, the main character of our article.

This massive adult male lives in Port Lympne. Many tourists come there every year to admire the primate, which is hard at work learning to walk like a human. 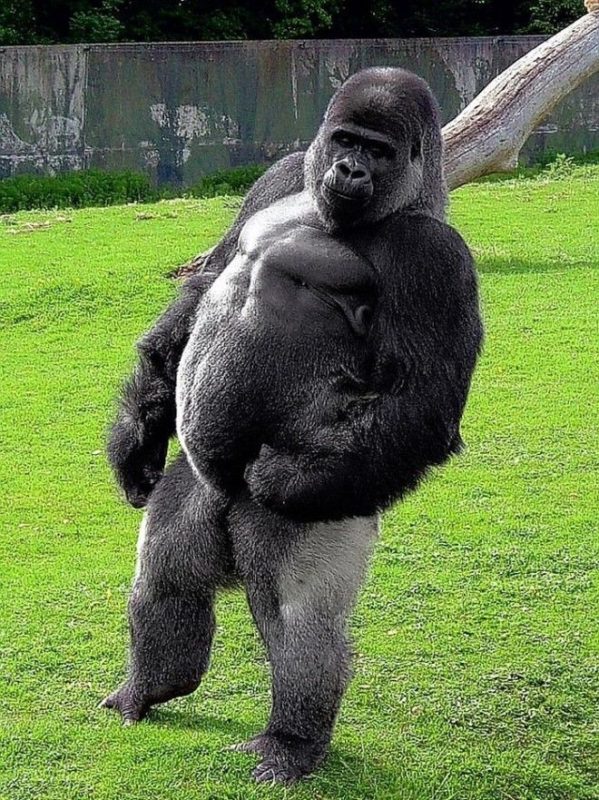 What’s more, the other gorillas in Ambami’s group also follow suit. Tamba, the giant’s sister, and her 2-year-old son are also already on their feet and move like people.

Zoo guests constantly cool off in the enclosure, admiring the outlandish spectacle. But when the vertical gorilla video went viral, Ambam became a real celebrity. 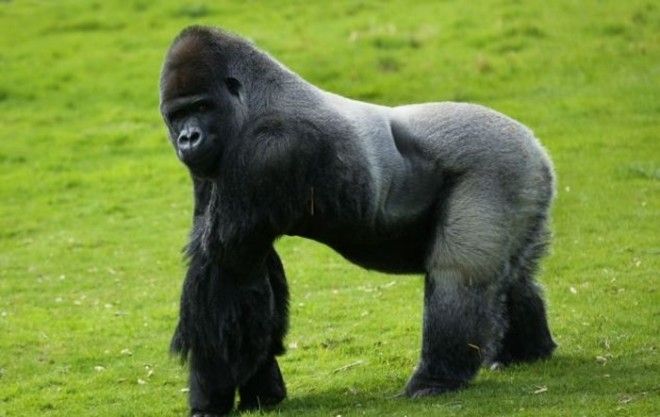 Ambam is in the prime of his life, so he will remain in good health for a long time and will delight people with his manners.