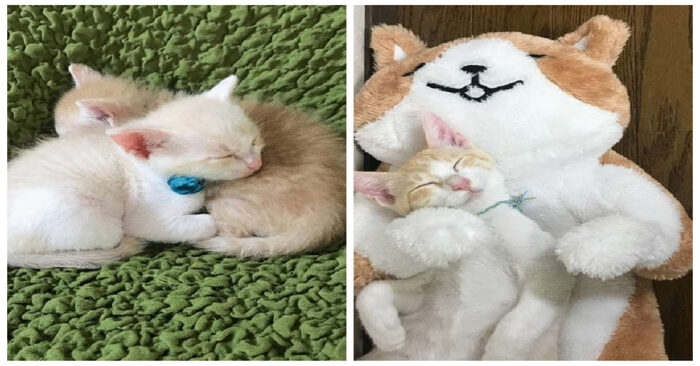 The couple brought the kitten a soft toy that looked like him.

Midori from Japan has heard about two kittens that will be put down if no one saves them.

She managed to contact the shelter and warn them of her arrival, but a little more and it would have been too late. “I waited for my son to return from school and followed them,” says Midori. 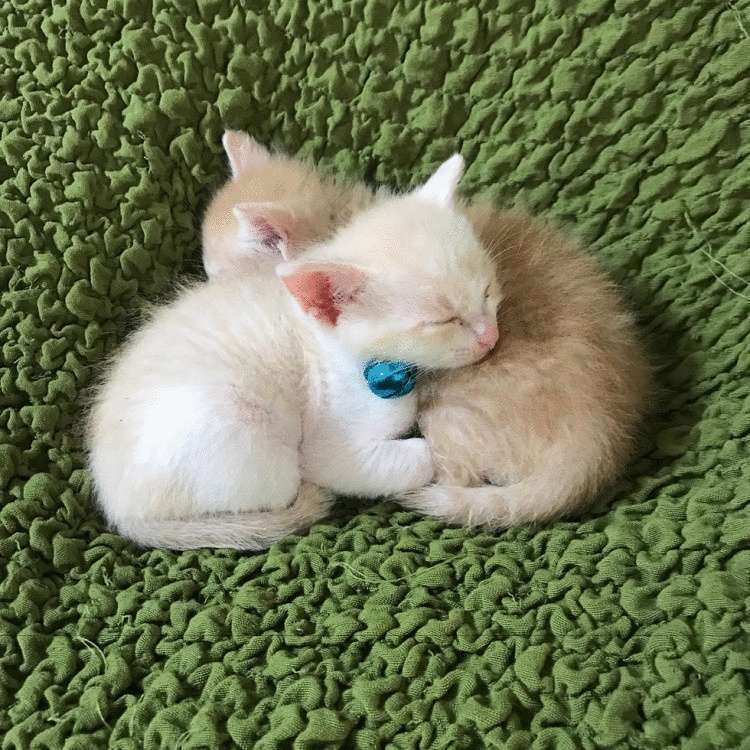 Babies Koi and Haku were surprisingly small; each weighed no more than 120 g. They did not receive proper care, but somehow managed to survive.

Baby Haku reached out to her sister, trying not to let her go even for a second. After a few weeks of round-the-clock care, the kittens opened their eyes and it became clear that the worst was over. 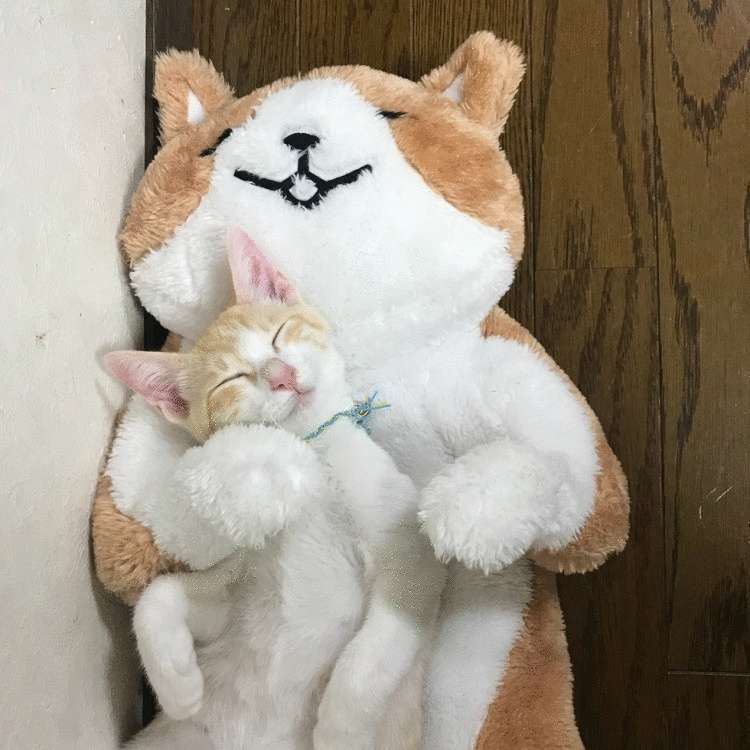 Midori and her husband realized that the baby misses his mother and decided to brighten up his days a little. They brought him a soft toy that looked like an enlarged copy of Haku himself.

When our little hero saw a big toy cat, he immediately gave him a massage session. And then fell asleep between plush paws. 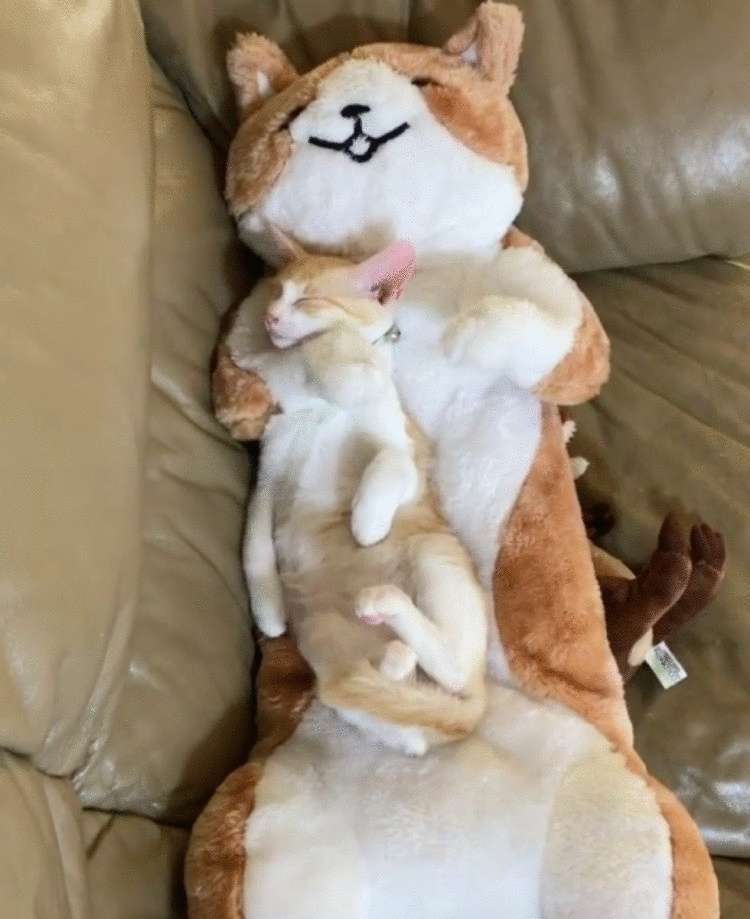 “Haku came to the orphanage as a blind baby, which means he never saw his mother,” says Midori.

But now a warm and soft plush friend is always waiting for a loving kitten.