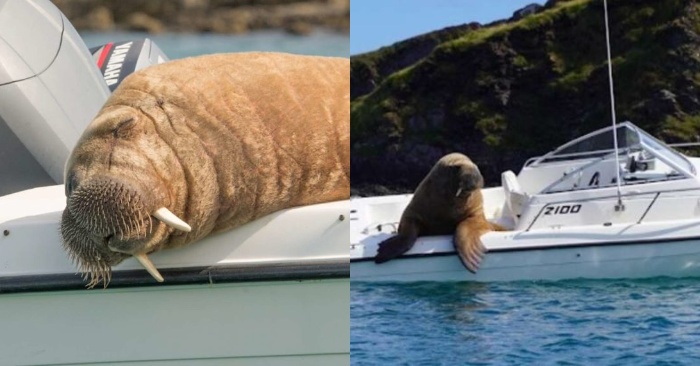 This walrus has been spotted in several locations off the European coast.

This walrus known as the Wally, and people were also introduced to its history. 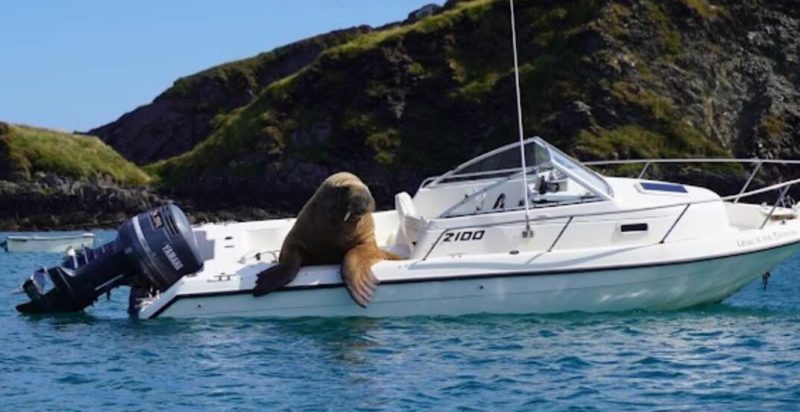 In winter, he spent the night on an iceberg near Greenland, and after that he somehow sailed south.

It has been seen and photographed many times in coastal waters, and a few weeks ago it was noticed by employees of the Clonakilty Distillery. 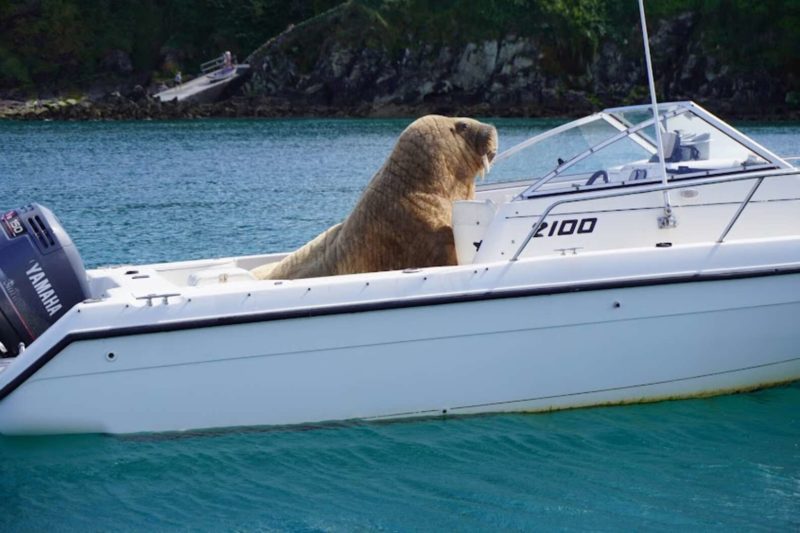 The walrus lay in their boat, which was near the shore.

The employees were surprised.

And this week, Wally was spotted on a boat again. 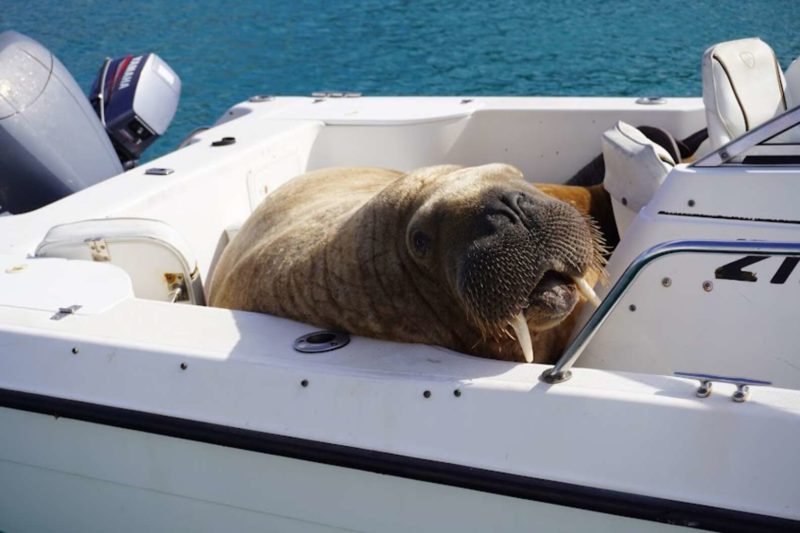 The walrus decided to rest again and boarded another boat to sleep.

Now he thinks that boats are a haven for sailors.

Wally continues his adventure – he seems to enjoy it. 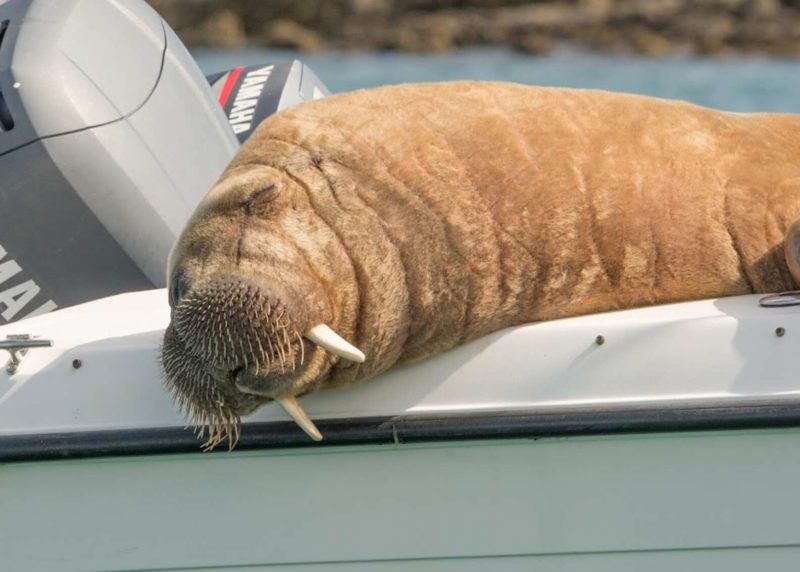 Walruses have been known to travel long distances.

According to experts, the Arctic could warm up much faster than we expect.