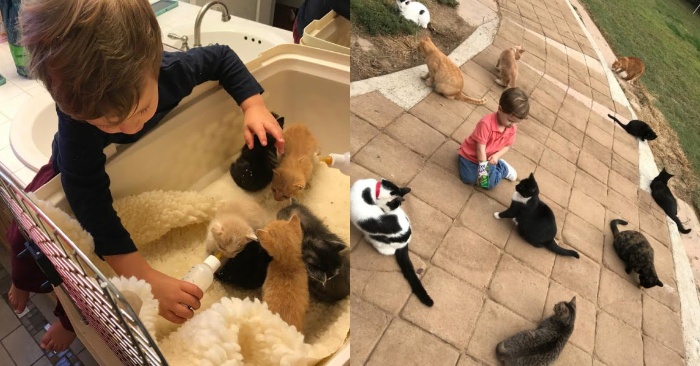 This boy does not just consider cats soft toys but takes care of them very seriously.

It all started six months ago when Sam’s mother, Lacey, adopted kittens from a shelter to take care of them temporarily. Lacy and Sam live in California and help adopt kittens. 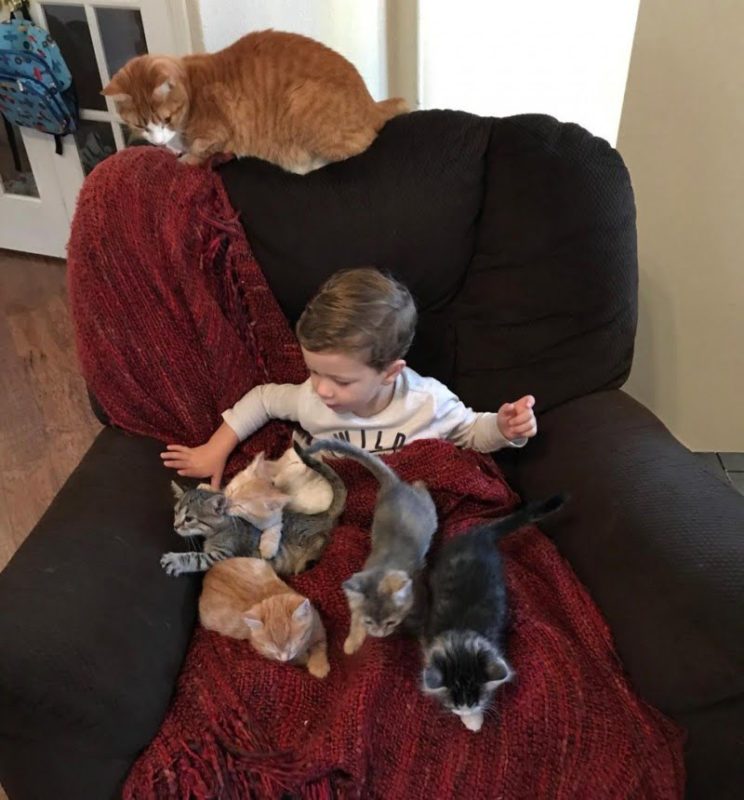 “It turned out to be one of the best ideas of my life”, Lacy admits.

Her little son Sam was very happy that he had kittens at home. His eyes lit up with curiosity as he examined them, probably trying to figure out what they were. 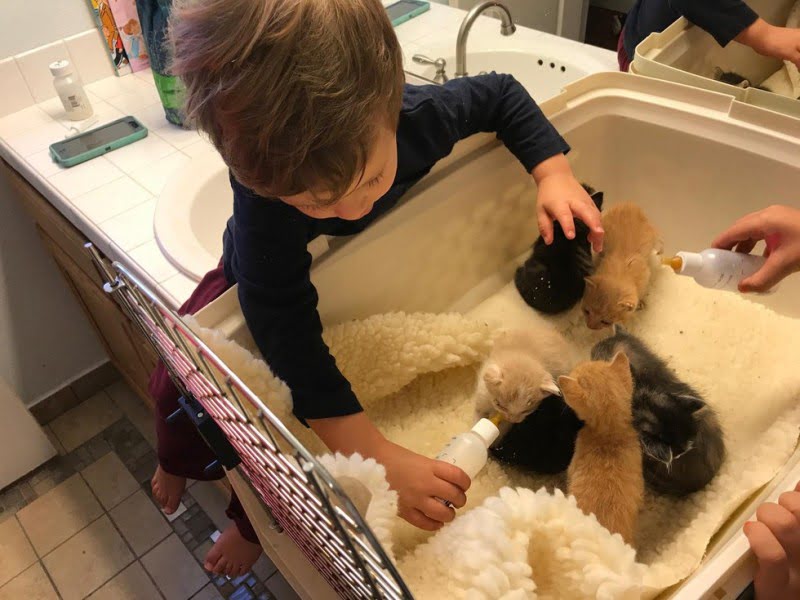 At first, Lacy didn’t let Sam handle the babies herself, fearing he might accidentally hurt them, but Sam was surprisingly gentle. 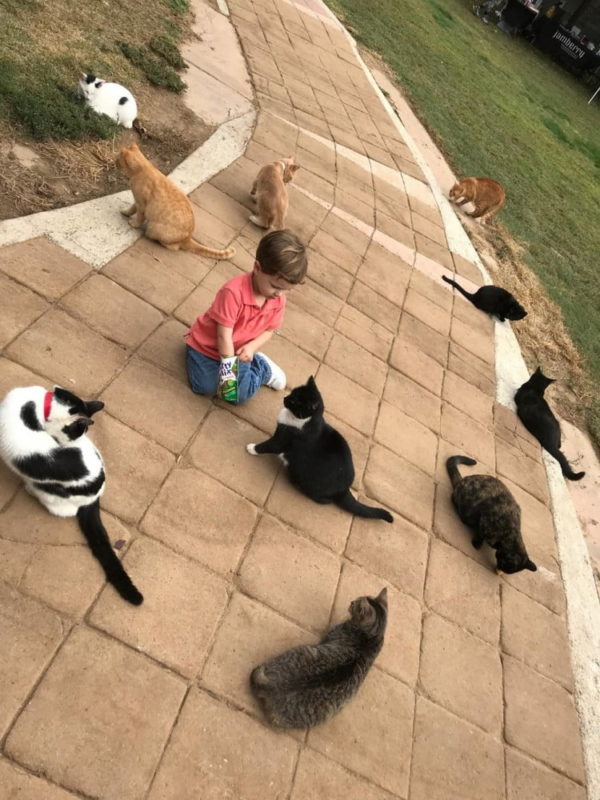 From that day on, it became normal for Lacy and Sam to interact with the kittens. Sam welcomes the kittens, calls them cute and adorable, and caresses them with care and tenderness.