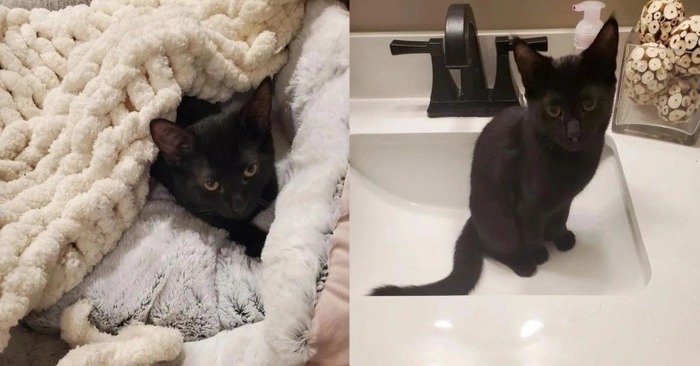 These cute kittens were afraid of people and relied on each other for reassurance.

Akela and Baloo, the female kittens found on the street, were very afraid of people and relied on each other for comfort. After the rescue, the two sisters remained inseparable and learned to trust people.

A family from Ontario discovered a litter of 4 particularly shy kittens. It consisted of 2 toddlers and their 2 sisters aged 6 to 7 weeks. They were entrusted to Salty Animal Rescue, a local association founded by sisters Catelyn and Carly Saltarski. 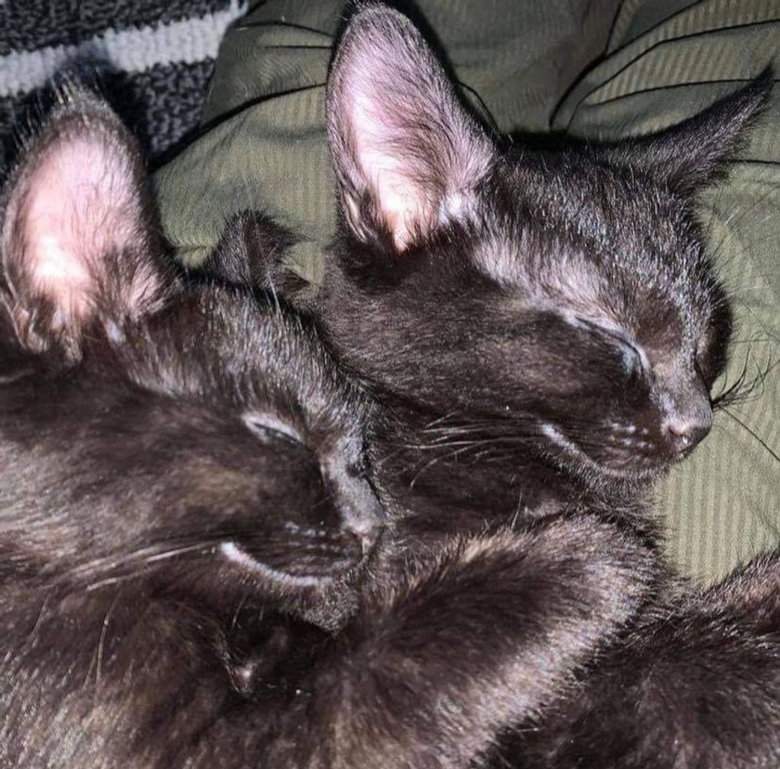 The latter took care of the young cats and found them a foster home while continuing to look for their mother. They finally found her after two days. 5 cats were together again.

The two girls in black were named Akela and Baloo. They were always together, always hugging each other. They were very afraid of people, and their brothers grew bolder every day. Their story caught the attention of Candice, who was looking for a cat to keep her company; Zeke, who was one year old, felt lonely. “I noticed that they were not adopted, and without hesitation, I filled out the questionnaire,” the woman says. The two girls form a tight duet that annoys me. Their love for each other is what I wanted to be a part of. I’ve always wanted binoculars and it looks like I have one. »

The cats are now named Zoe and Zara. They remained inseparable, Zara is very protective of her sister. They had time to familiarize themselves with their new home, then they met their friend Zeke. Understanding this was instant.