The actress posted a photo from her birthday on social networks.

The star of the series “Murders in the same building” posted on the social network a carousel of pictures from the celebration of her anniversary – on July 22, Selena turned 30 years old. In three photographs, which successively recorded the spectacular appearance of the birthday girl in front of the guests, the actress appears in the form of a Greek nymph or, if you like, a Roman goddess, because the Italian fashion house Versace presented the magnificent dress as a gift to the movie star.

Drapery in delicate nude tulle wraps seductively around Selena’s slender figure without adding extra bulk. A long skirt with a train made of sheer fabric, decorated with matching fringes, seductively swings open when walking, allowing you to see the actress’s slender legs and graceful golden Aquazzura sandals, decorated with rhinestones. True to her style, the actress didn’t go overboard with jewelry, opting for oversized white gold hoop earrings set with pavé diamonds for the party.

An hour earlier, Selena posted two black-and-white portraits on her account with a text full of gratitude to subscribers and the fate of “for the sometimes difficult lessons” of her “20s”, which will serve as the basis for experience and accomplishments in the next decade of her life. 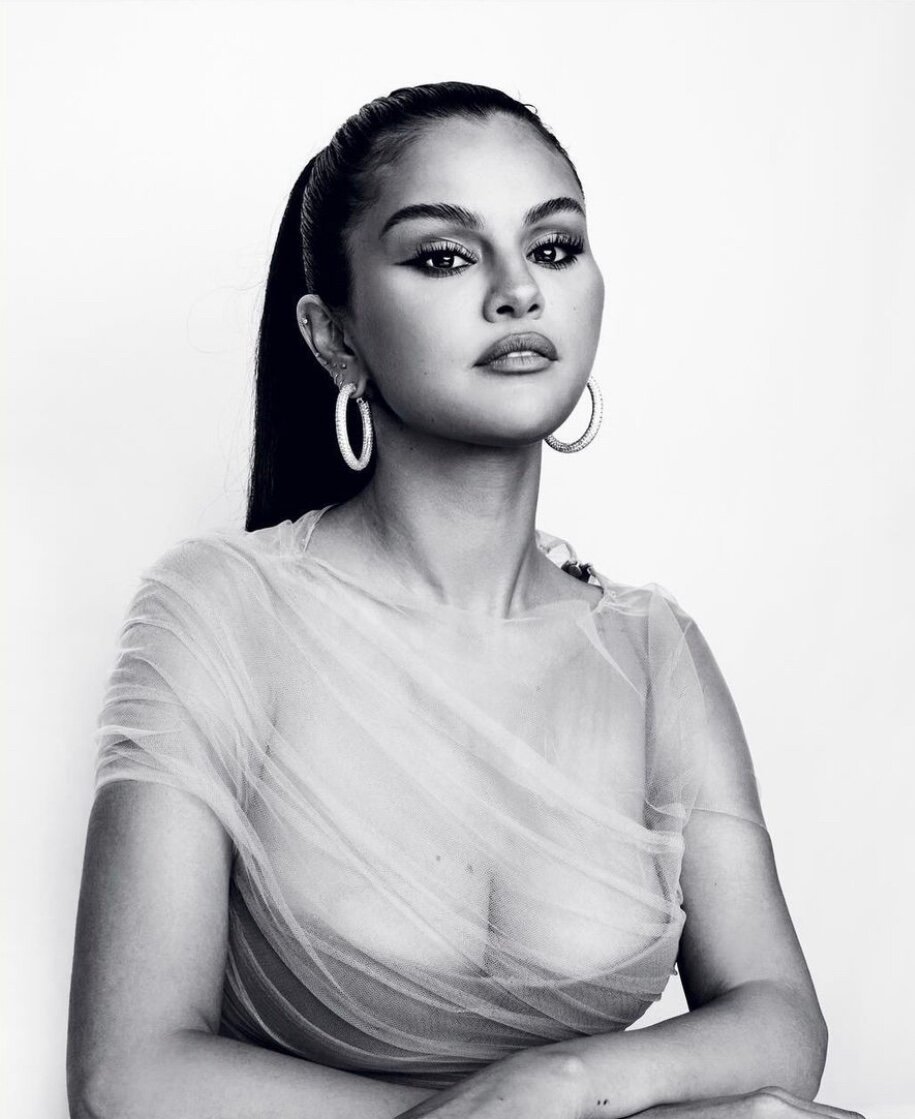 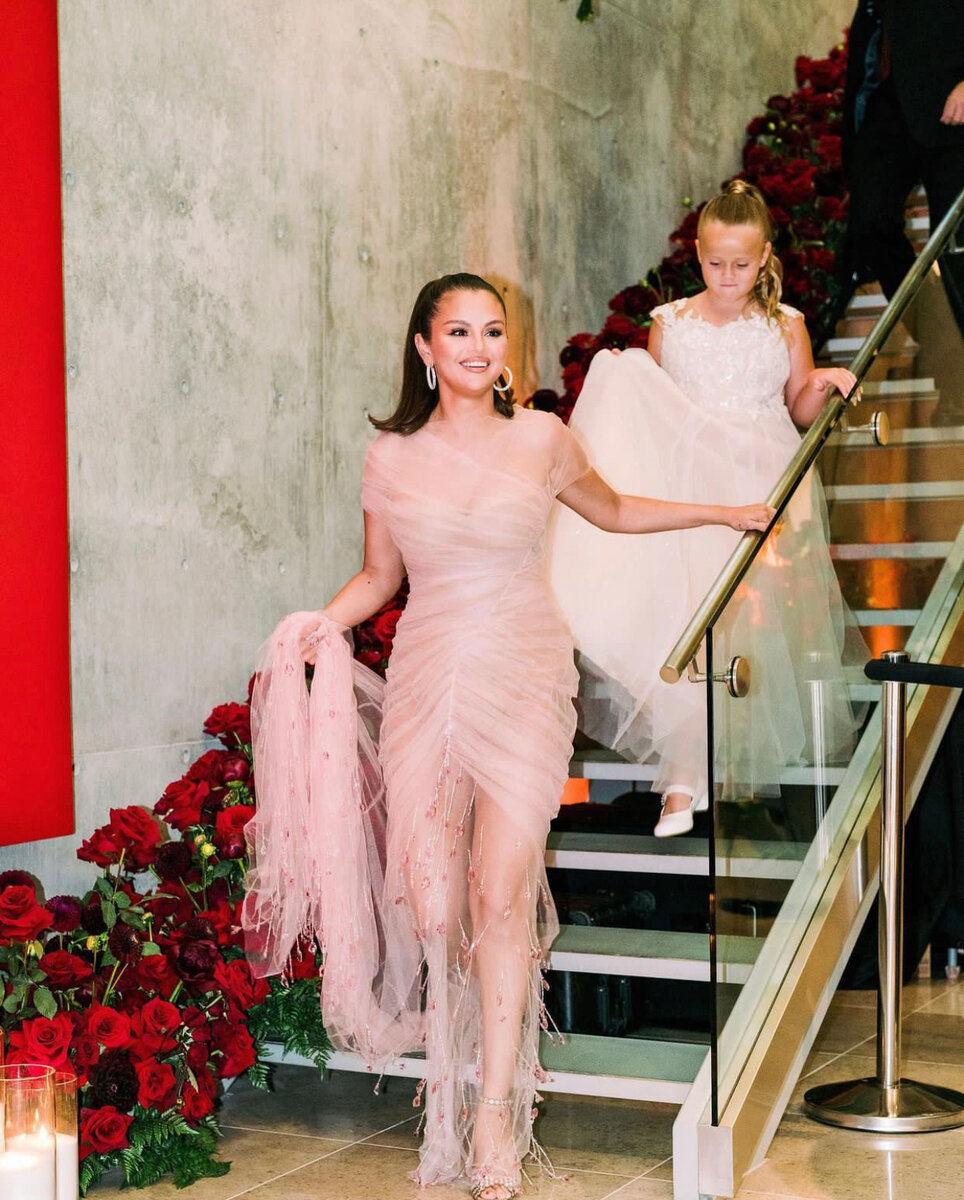 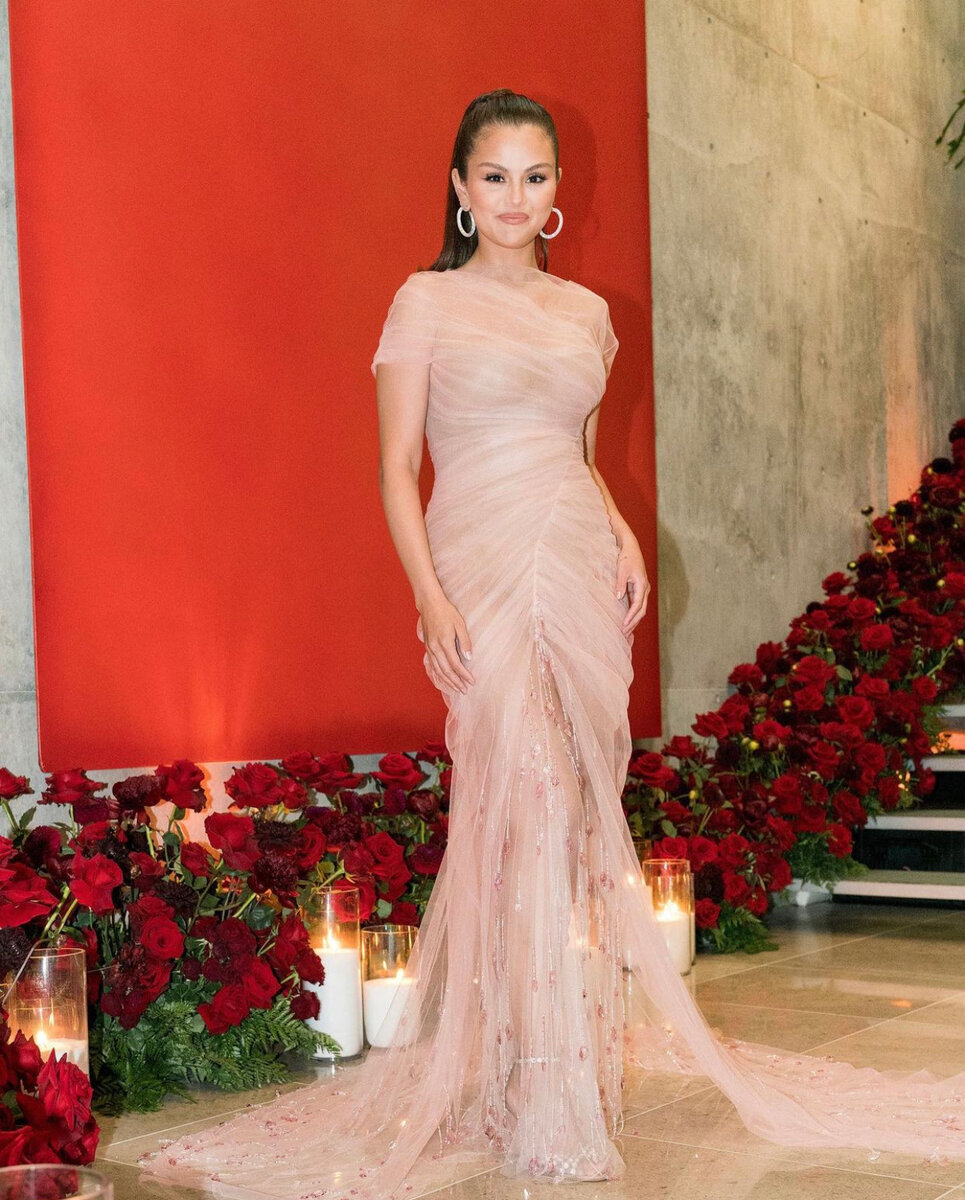