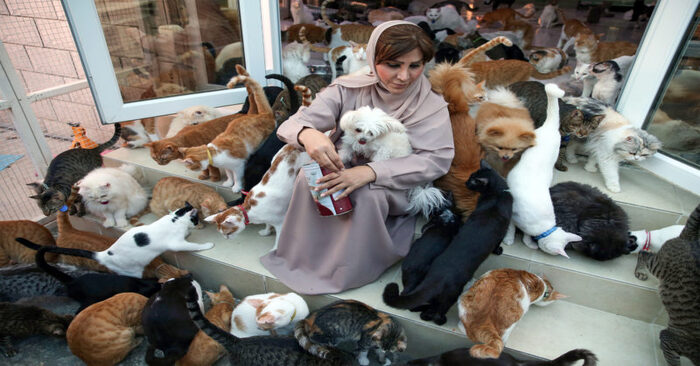 Maryam Al Balushi feeds her pets in her home Oman’s capital Muscat on November 20, 2020. – Despite complaints from neighbours and mounting expense, she has accumulated 480 cats and 12 dogs, describing her pets as a mood-lifter and better companions than her fellow humans. (Photo by MOHAMMED MAHJOUB / AFP)

This caring woman convinced animals also have equal rights with us.

The history of this animal house is non-standard and non-trivial. In 2008, the little son of Mariam al-Balushi brought a kitten from the street. Played and forgot about it.

But the mother has not forgotten. At first, she was categorically against a pet, she took care of him.

In Arab countries, there is no law on the protection of animals, and she considered this unfair. But it is another matter to help a project already launched once by someone. 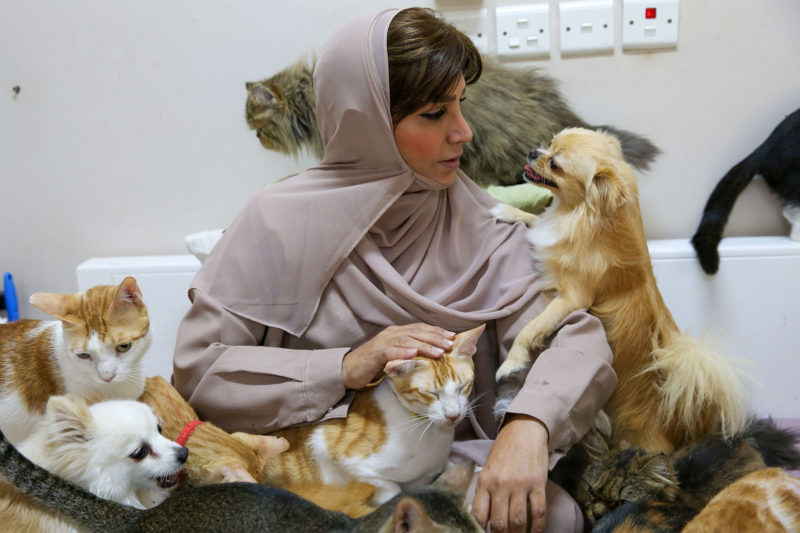 At the beginning of Mariam’s activities, it was difficult to feed 500 animals, as well as pay for regular veterinary services. 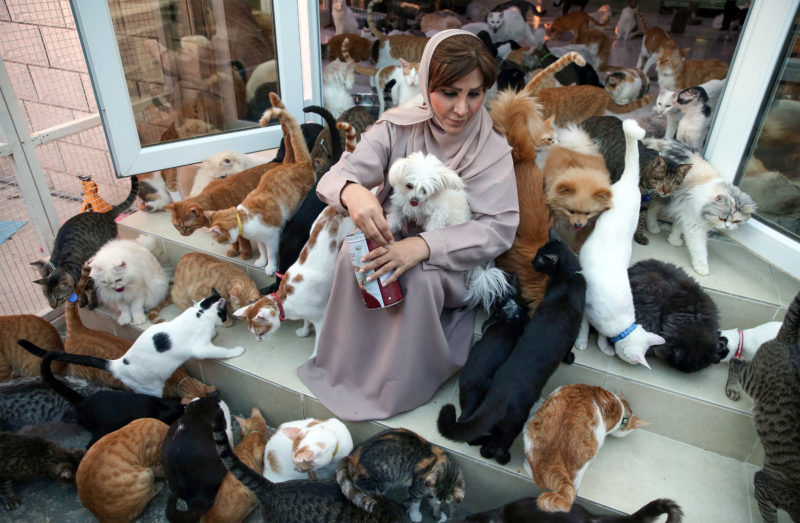 Mariam is sincerely convinced that our planet was created by the Almighty not only for the comfortable existence of one biological species – man. Animals have equal rights with us.