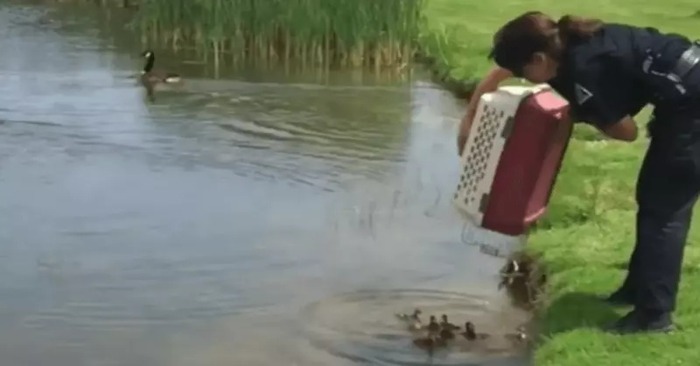 The officer took the ducklings a pond, but she witnessed the sweetest thing ever.

When some concerned citizens encountered ten helpless ducklings on a busy highway in Southgate, Michigan, they rushed to their aid and called animal control.

Officer Diana Derosiers soon arrived at the scene and rescued the ducklings, but, unfortunately, their mother was nowhere to be found.

So Derosiers decided to take the ducklings to the nearest golf club pond to release them, but he witnessed the cutest thing in the world. The orphaned ducklings were immediately adopted by the duck mother. The adorable moment was captured on camera and shows that animals are sometimes better than people.

“It was the most valuable thing I’ve ever seen”, golfer Chris Grundy said after witnessing the scene. “They lost their mother and now they have a new mother. It was so motherly”. Stella, who already had babies, immediately took the orphaned ducklings under her wing. The moment was so tense and emotional for everyone who saw her.

“Animal Control Officer found 10 ducklings… stopped traffic, collected them and took them to South Winds Golf Club to be placed in one of our ponds,” wrote Chris Grundy on Facebook. 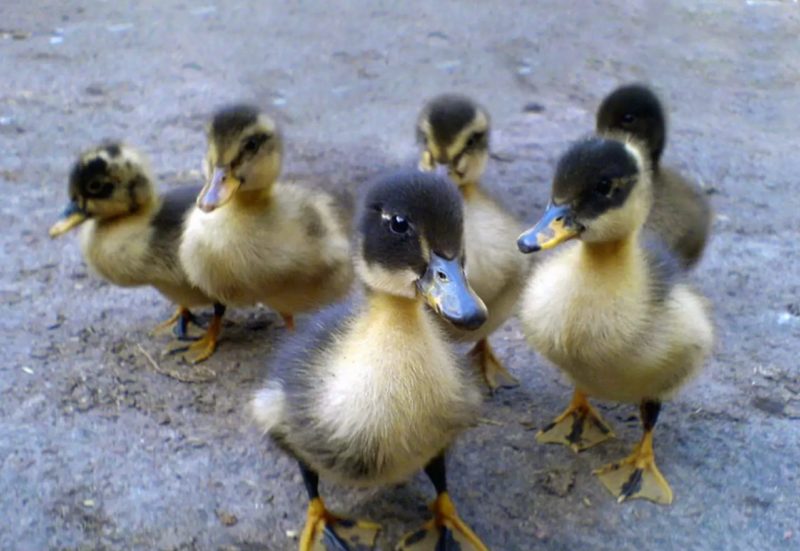 “As soon as the officer, without hesitation, lowered the children into the water, Stella left the family and welcomed the new ones.