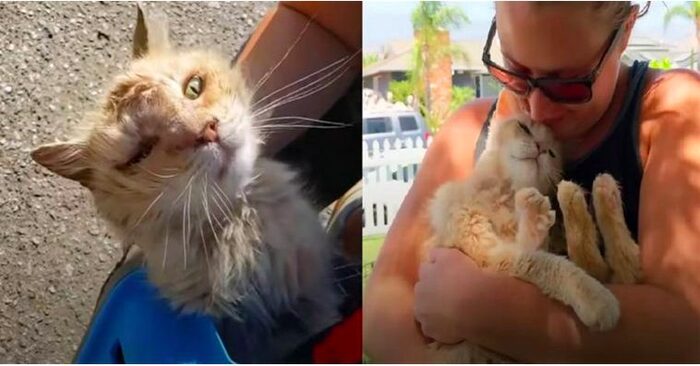 This cat only wants to hug and purr whenever the new owners pick him up.

We know more than one case when irresponsible people left their pets on the street.

People abandon cats more often than you might imagine, either because they no longer want to take care of them, or out of malice.

The good news is that there are still kind people out there willing to give these unfortunate pets a second chance. 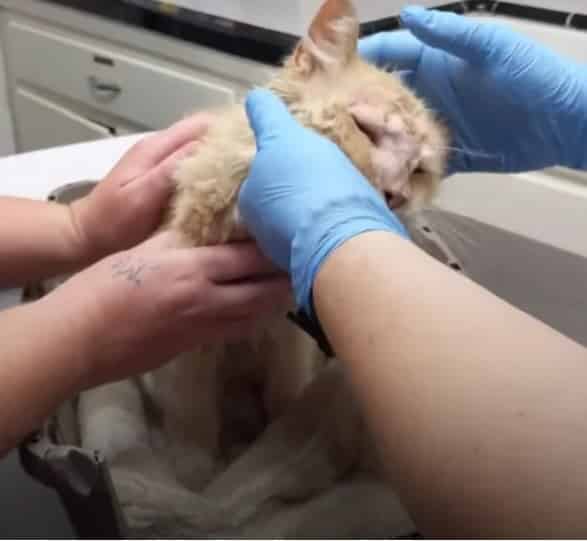 Not so long ago, a woman found an abandoned cat in the parking lot, hiding under her cat. The sun was hot, and the poor puppy was desperately trying to keep cool.

She immediately contacted the animal shelter as the animal appeared to be dehydrated. When the team arrived they took him to the vet and gave him food, water and pets.

The cat was not evil. He just let them take him because he realized he needed help.

When the vets discovered that he had already been neutered, they assumed he had been abandoned by previous owners. 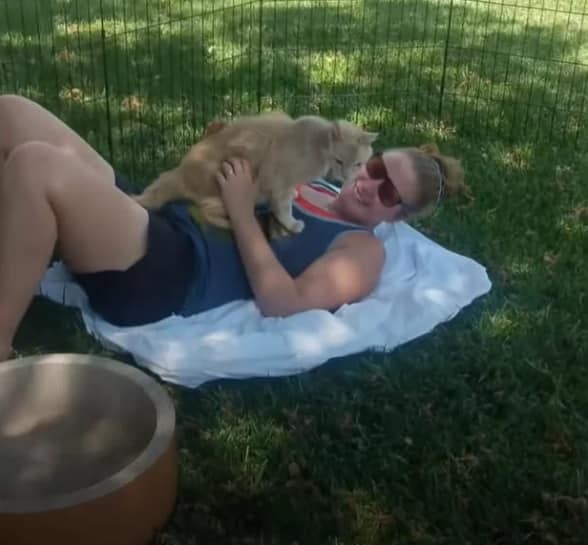 The poor cat was starving and dehydrated, his face covered in boils. Specialists examined him and prescribed antibiotics.

Ivy and Jaina, two members of the crew, couldn’t leave the unfortunate cat alone. They accepted him and helped him recover, and thanks to his gentle demeanor, the procedure went smoothly. She has grown into a beautiful cat in just a few weeks. All he wants is to cuddle and purr when he is picked up. They definitely touch and kiss him often.