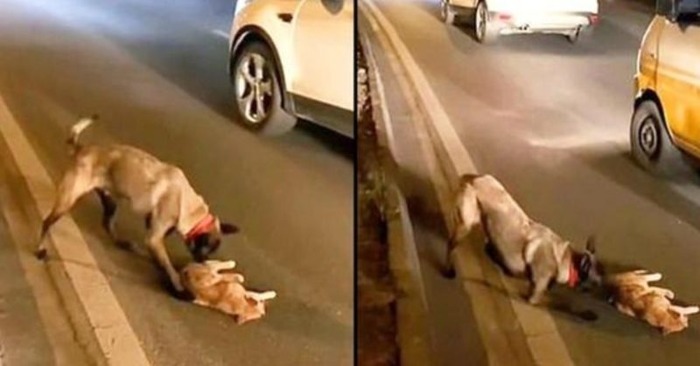 This story, where a dog trying to help a cat, run over by a car has gone viral.

A video of a dog trying to help a cat hit by a car has gone viral on social media and generated thousands of responses from users.

In footage taken on one of China’s main highways, a dying cat can be seen in the middle of the road, to which a dog approaches, sniffs it and decides to take it to the side of the road to carry it away. 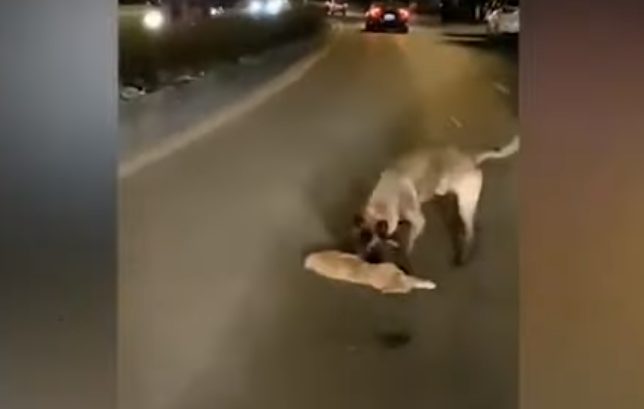 The shocking footage shows the solidarity of a dog who does not hesitate to risk his life to save a cat. Using his muzzle and paws, he finally manages to knock the cat off the trail.

The viral footage was filmed on a road in Guangyuan City, Sichuan Province, China.

Night video shows the moment a dog risks being run over by a car in the middle of a car to save a cat that has been hit by a car.

The post was originally posted on the Douyin platform, which is considered the Chinese version of TikTok. 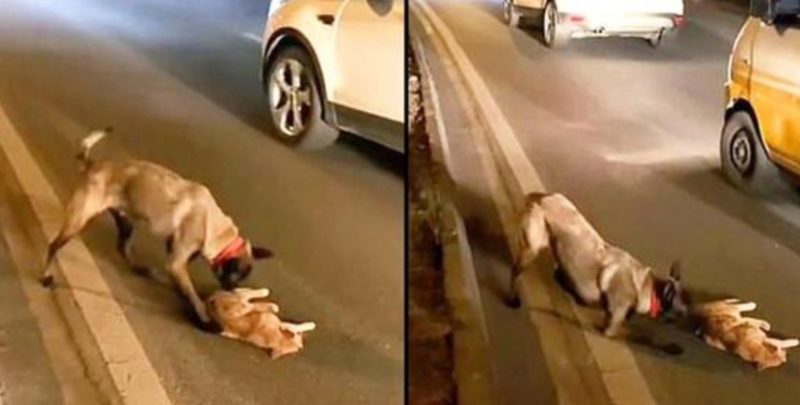 Watch as a dog named Black Panther comes to the rescue of a critically injured kitten after being hit by a car.

The dog first sniffed for a few seconds and stuck out its paw, trying to get him to respond.