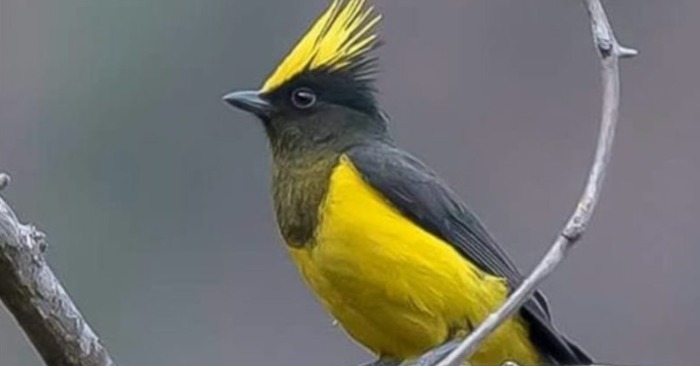 Here is large singing bird of the Sultan tit about 17 cm long.

A huge singing bird, not similar to any other, with a pronounced characteristic yellow iron, which distinguishes it from the rest. 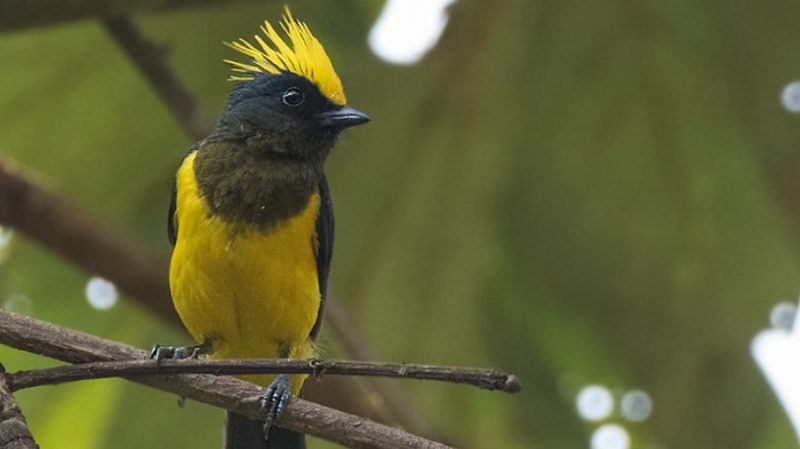 The male has a canary-yellow crest bent back on his head, which he can raise for the exhibition.

His stomach is as bright yellow as everything else, but the sides of the head, neck, chin, throat and chest glossy-dark green.

The yellow parts of the female are dull, its upper part of the plumage and sides is darker, green-brown. 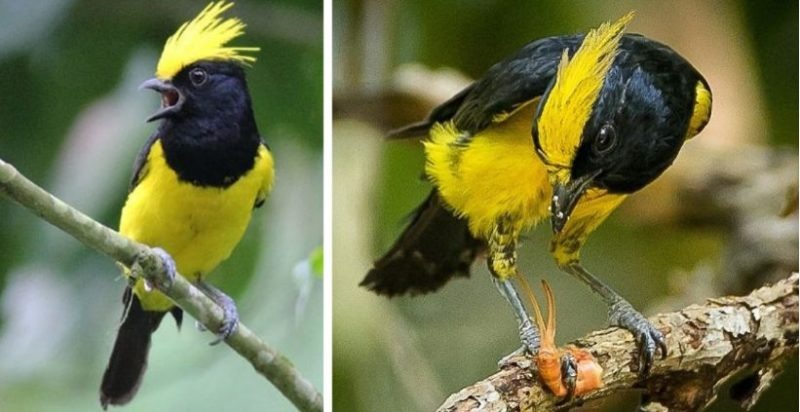 Four subspecies of the Sultan are found in various parts of Nepal, Eastern Himalayas, Myanmar, North Thailand and Southern China.

These very sociable birds live in lowlands and, as mentioned earlier, are not like any other tit in size and color.

They like to stay in the crowns of trees, where they can merge with other species of birds. 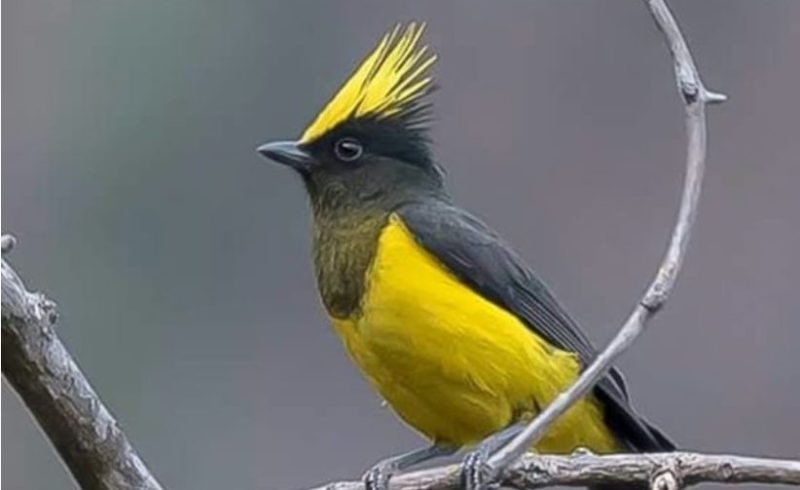 The Sultan tit prefers to eat caterpillars, but sometimes tiny berries can eat.

These birds multiply from April to July, when masonry to seven eggs is deposited in the nest, which is usually in the hollow of a tree.

The Sultan tit is listed in the red list of disappearing MSOP species as causing the least concern due to its extensive area and large population.