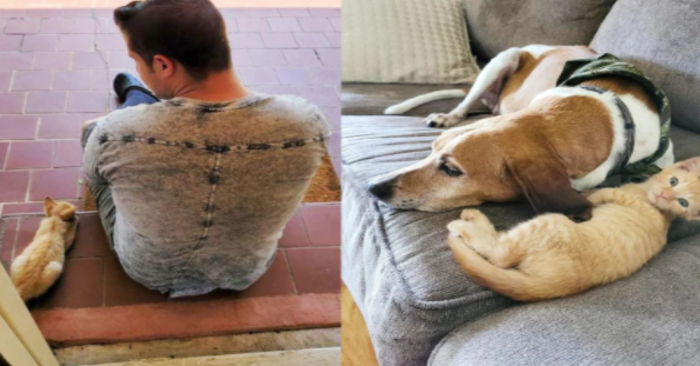 A kitten chooses to stay with an Ashley Pennington

When Ashley Pennington heard a meow in the distance, she had already started walking her dog.

She looked around in an attempt to find the source of the problem, but she was unsuccessful. She thought that was the end of it as she delicately helped the cat come down from the tree.

The orphaned cat boy came up to her, rubbed against her feet, and decided to linger close to her home. 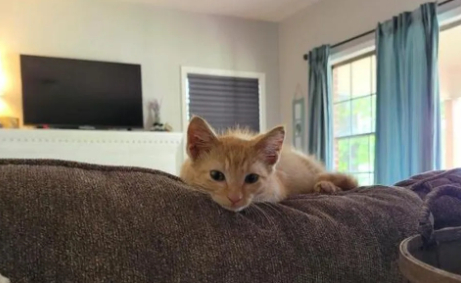 The family dog, Otis, who enjoys dogs, was in the backyard when the cat saw the house and ran inside when he saw the escape hatch.

In the end, the yellow tabby was kneading biscuits on Ashley’s lap after racing through the kitchen and living room.

The partner suggested calling the shelter because they were dubious about the visitor. He did not require any more animals. 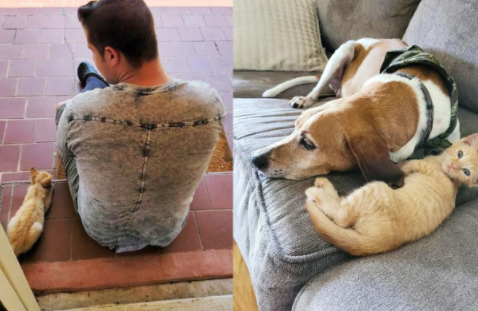 The endearing tabby quickly won his human lover over and curled up on his couch for a nap. He was at comfortable with them and appeared to know he was at home and in a really peaceful state.

They welcomed Kevin, gave him a kiss, thanked the family staff, and then found a purring snuggle partner in their arms. 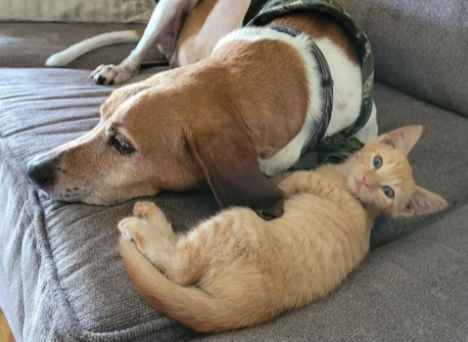 After spending his first few weeks of life exploring the outdoors, Kevin is now relishing the fantasy life of a spoiled inside cat and is much more appreciative of his owners.