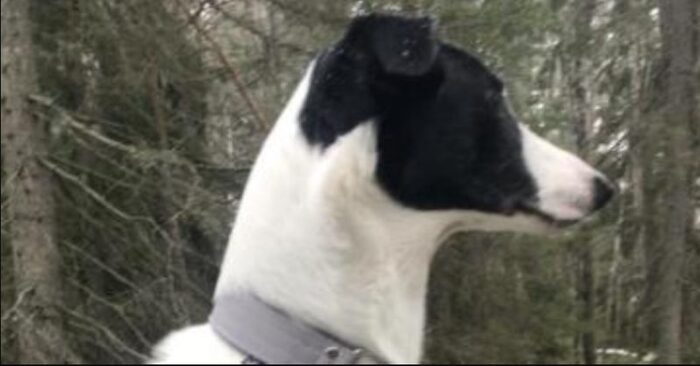 A pup, half-breed Russian greyhound and German shepherd, was born in Sweden.

This puppy looks absolutely amazing, which has already inspired the artist to paint his portrait. The handsome dog looks like a real aristocrat, despite his “non-pedigree” origin. 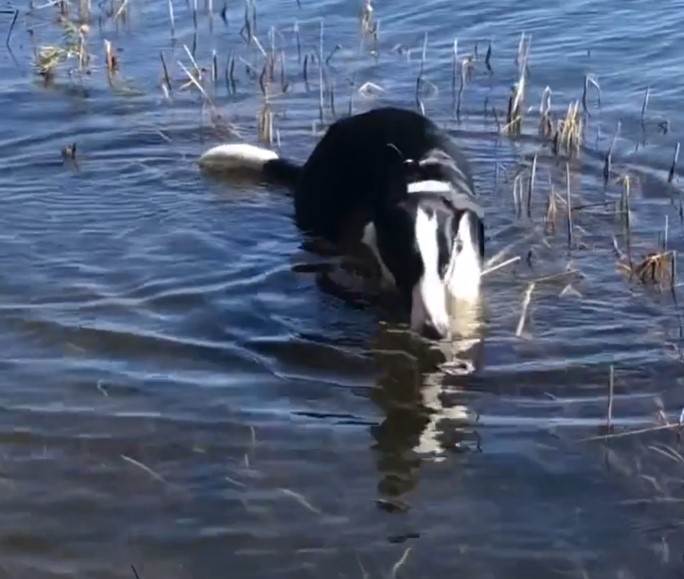 It is not known how Gatsby’s parents met, whether it was a planned mating or they simply could not cope with their feelings, but it seems that the puppy got the better of both parents. Metis, as a rule, look like a kind, sometimes unexpected surprise dog. 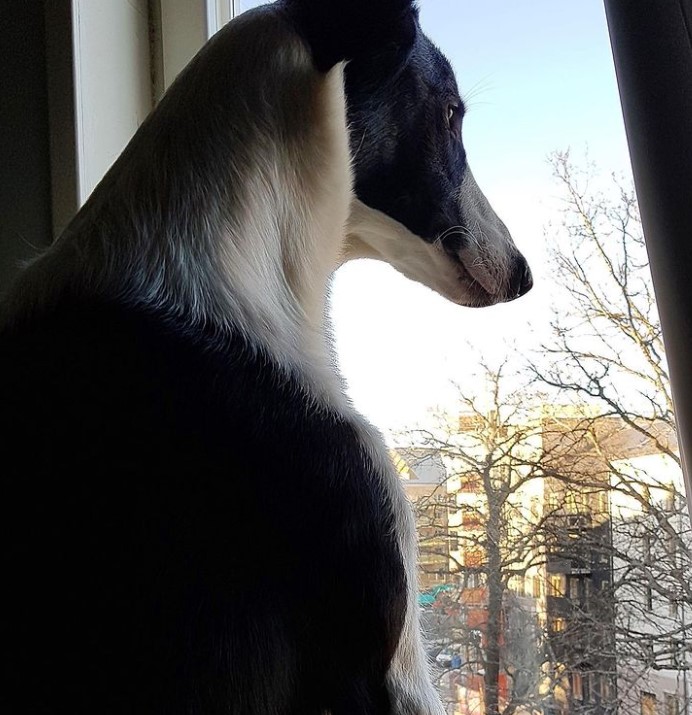 But besides, mixing different bloodlines more often gives good health and a stable state of mind than interbreeding. It is believed that nature thus balances the advantages of the parent breeds with their shortcomings.

A lean puppy with a long muzzle and a characteristic gray color has not lost its grace with age, but his strong, like his mother, physique, German Shepherd and strong paws make Gatsby a real athlete. Its complex muzzle is crowned with a long “swan” neck, with some users even suggesting that the dog’s ancestors were giraffes or llamas. 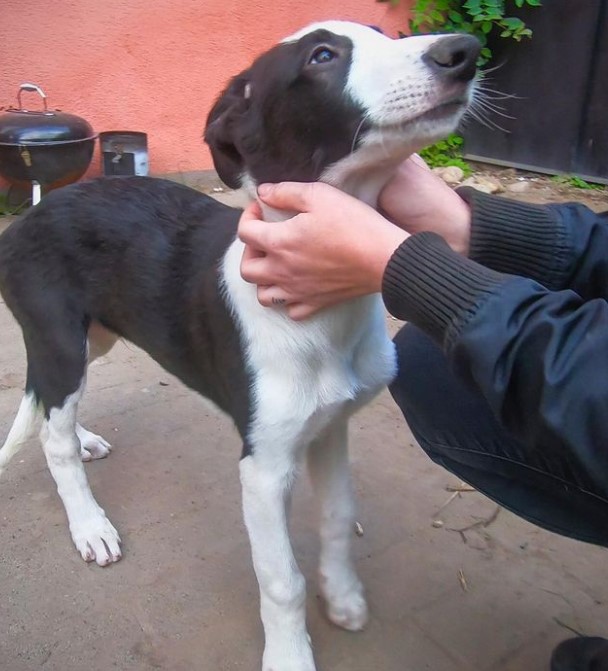 And against the background of an elegant, black-and-white “tuxedo”, a dark mask looks like a high-class fancy dress before your eyes.

Unusual appearance and trouble did not become an obstacle for the appearance of loving people in the life of a puppy. His future owners met the baby a few weeks before it was time to wean him from his mother. The owner of Gatsby’s mother shared photos of the unusual offspring of his shepherd dog online, and a month later the puppy went to his new home.