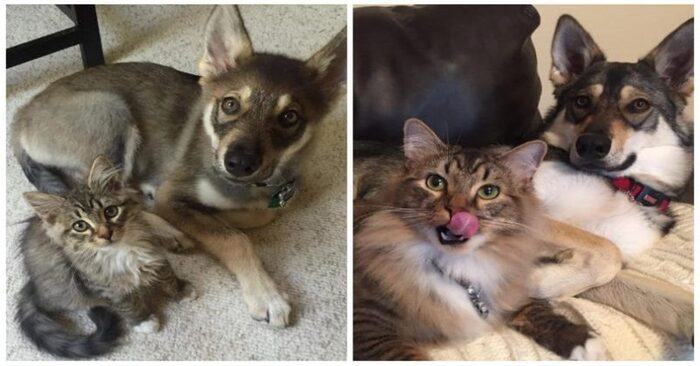 Only one of the four kittens that this dog encountered had an effect on her.

Christina adopted Raven, a cute and mischievous Tamaskan puppy, from an animal shelter. She must have been a cat person, though she didn’t know it at the time.

Even the most well-meaning among us feel it. Just kidding, cats are super cool. When they focus on their inner dog, this is especially true. 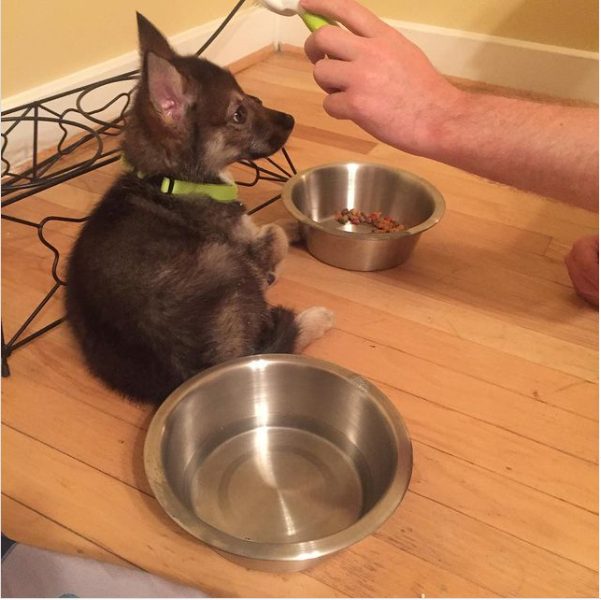 When Christina was three months old, Raven took her to a neighborhood animal shelter in Lubbock, Texas, to adopt a cat (just a month after the adoption).

Only one of the four that Raven encountered affected her. In this photo, Wodehouse is eight to ten weeks old. The difference between them is minimal. They both share a bowl of water. 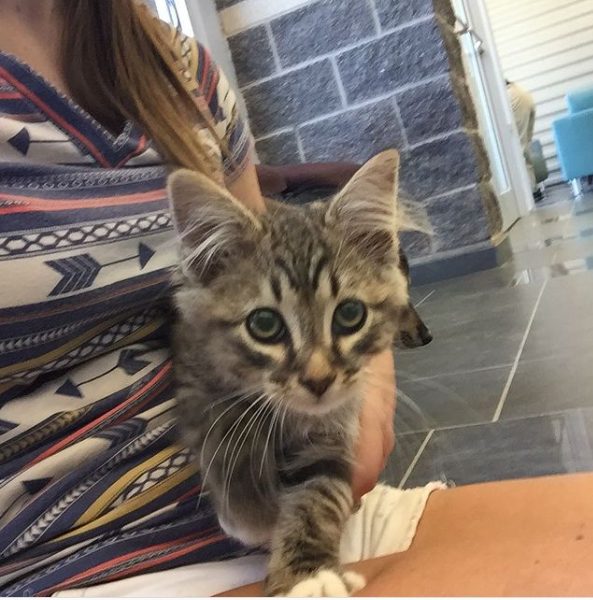 In other words, they consistently reject the fundamental principles of communicating with animals. And little has changed as they have grown into older but still charming adults. 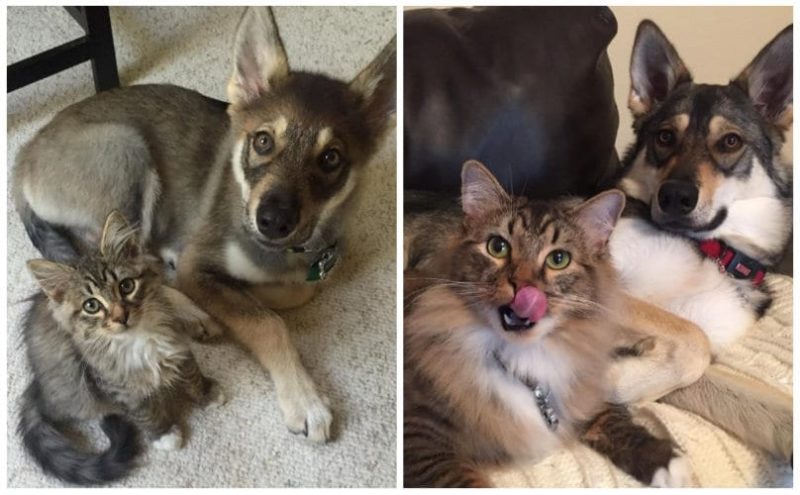 After more than a year of being together, with one birthday and many more to come, this couple isn’t going anywhere. They are not even going to use separate beds for sleeping.