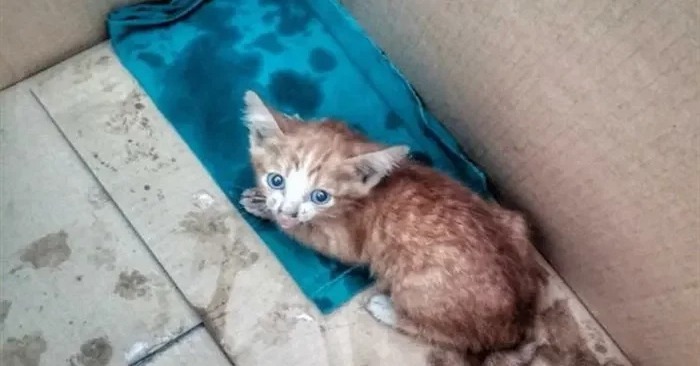 The dog found a kitten under the bushes and took the baby to the owner.

A boy named Tam, as usual, went for a walk with his friendly golden retriever named Mamayo.

But suddenly Mamayo rushed into the bushes and disappeared there and returned with prey. Approaching the owner, he carefully laid the little kitten down. The baby was very weak and, apparently, had not eaten anything for a long time. He clearly needed urgent help.

There, Tam found a cardboard box nearby, in which he carefully placed the kitten and quickly carried it home. The kitten was very scared until Tam fed him. The boy decided to name the kitten Honey. After the baby ate, he calmed down a bit.

The doctors examined him, treated the injured tail and said that everything would be fine with him. The kitten is getting better. He became very friendly with Mamayo and maybe even decided that he was his adoptive mother.

Now they spend all their time together.