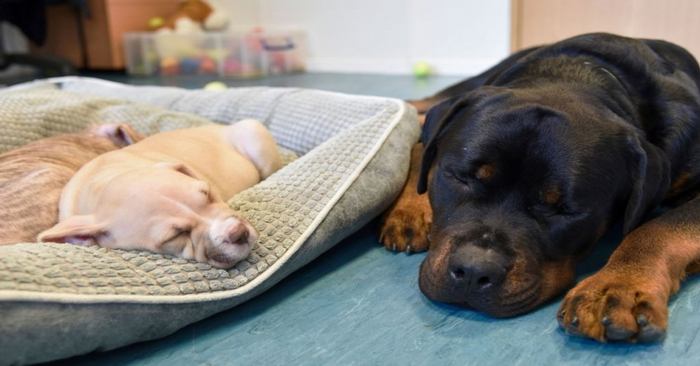 This blind dog began a new chapter in his life with a loving home.

After being abandoned due to his disability, Oliver began a new chapter in his life with a loving home. He even fathered 2 puppies.

When he was only 3 months old, Oliver was abandoned by previous owners. Reason? His blindness… Fortunately, the Battersea Dog and Cat Shelter Association took care of the Rottweiler. The staff loved this dog who playfully brought his bowl to get more food. 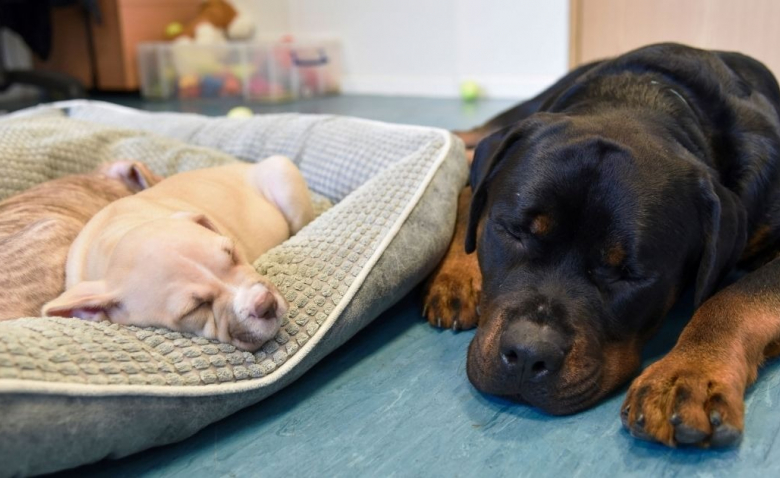 Then, just before Christmas 2020, the dog finally found a loving family hailing from southeast London. About ten months later, he took under his wing Peter and Chris, two toddlers rejected by their mother. Despite being blind and 10 times the size of a newborn, the Rottweiler is an exceptional foster father. Oliver represents 50 kg of pure love.

The dog has set himself the task of improving the education of the puppies over the last 2 months.

Thanks to his gentle nature, warmth and devotion, his wards prospered and were even accepted for the holiday.