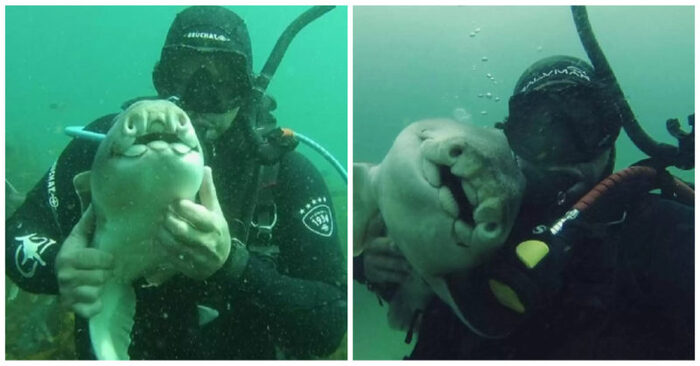 Rick Anderson puts on his oxygen tank and regulator and dives into the ocean to meet his underwater partner. Anderson befriends a 6-foot Port Jackson shark that lives in the waters of New South Wales, Australia. Andersen recognizes the shark by some marks.

“I first met her and became friends with her almost seven years ago. At that time, the shark was still very small – 6 inches. I slowly approached her and began to gently stroke her. The underwater animal was not afraid of me, and as a result we became friends”, said Anderson. 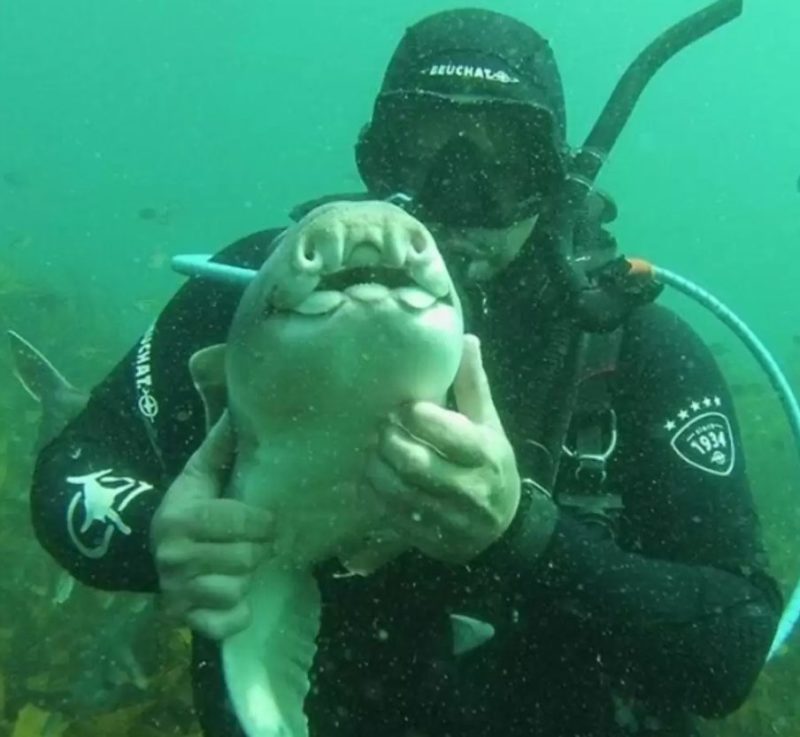 “From the very beginning, I swam to her first. But in the next season, the shark already believed me so much that it began to swim up to me first and ask for a hug! he said.

“Many divers who watched this spectacle could not believe their eyes. I didn’t feed the shark, I just played with it”, he added. 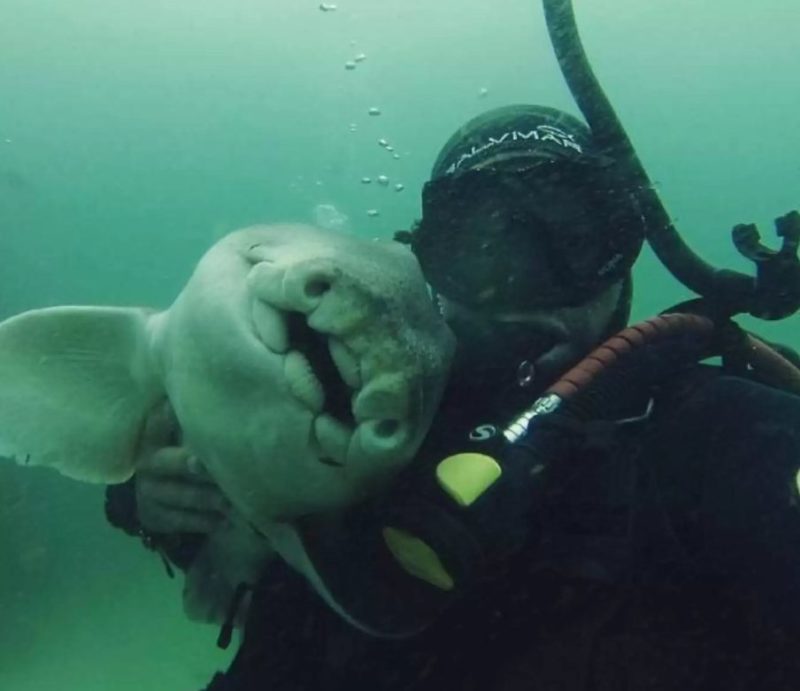 Anderson believes that sharks are mistakenly considered so harmful and terrifying. A diver with 30 years of experience wants to show how kind and safe they can be.

People consider sharks to be killers that lie in wait for people and wait for the right moment to devour them, but Anderson’s experience proves otherwise. 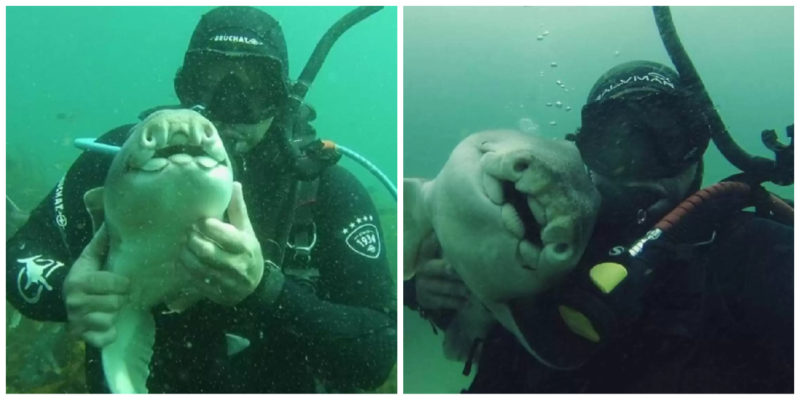 He claims to have swam with various types of sharks: banjo sharks, gray nurse sharks, tiger sharks, bull sharks and hammerhead sharks, and also the strange great white shark did not behave aggressively around him.

Each time, diving under the water, Anderson looks forward to his extraordinary friend.