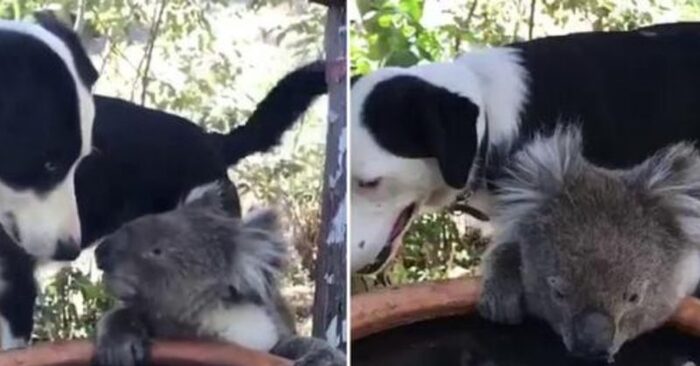 This kind and caring dog, was giving a thirsty koala a drink of water.

The current situation in Australia is serious as the raging fire seems to have no end in sight. So far, the consequences for the country’s biodiversity have been catastrophic and undoubtedly irreversible.

Tens of millions of acres of land have been destroyed, thousands of people have been evacuated and more than a billion animals have died since the fires that broke out in September, according to the latest statistics.

With all the heartbreaking stories amid natural disasters, the sight of such beautiful pictures is nothing short of a source of hope. A resident of Ashton in South Australia’s Adelaide Hills recently captured the heartbreaking scene on video. 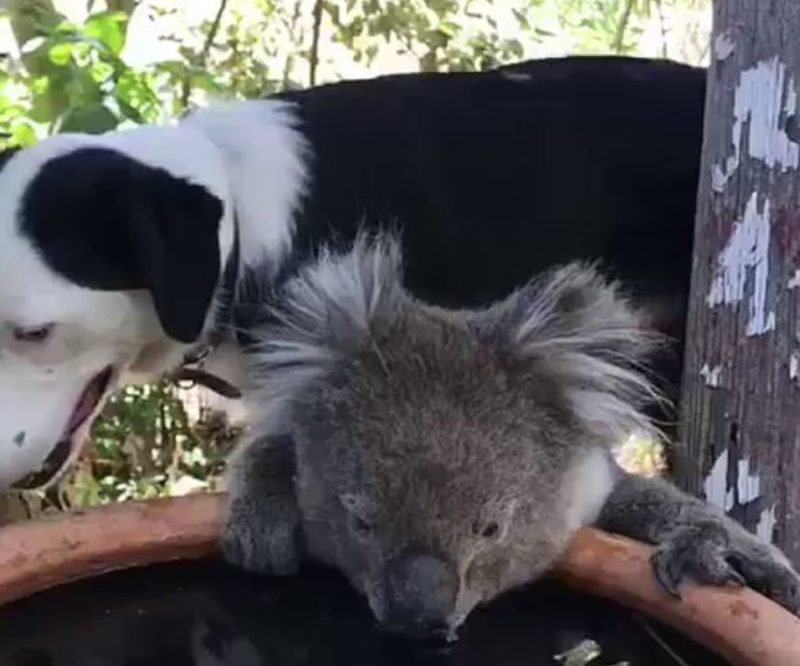 The video went viral almost immediately after Daniel Stone posted it on Facebook, melting the hearts of billions of people.

The dog is very happy to see his unusual friend Quasi, as he was called in the family. 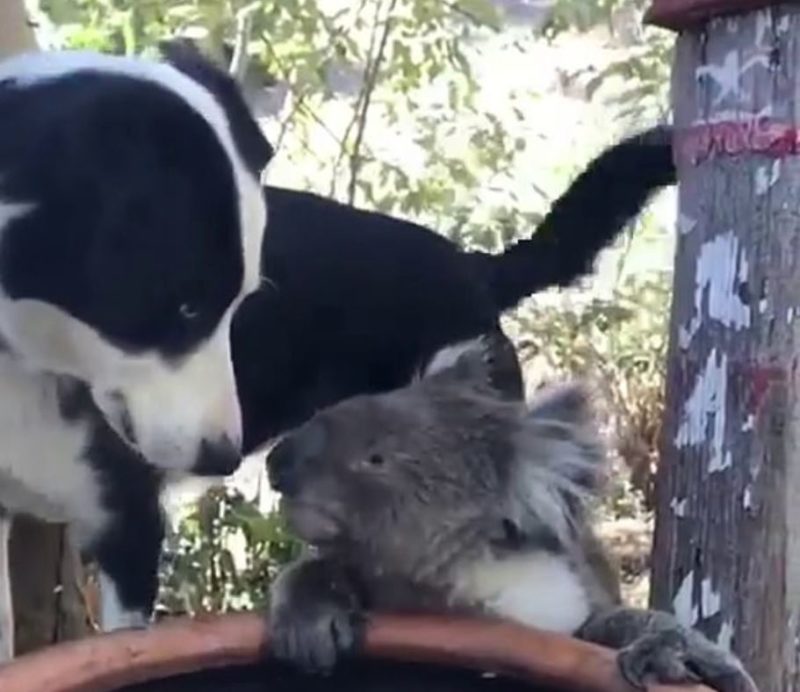 Despite knowing each other for a long time, Danielle believed that revealing their special bond would give hope to others affected by the disaster in Australia. And we are all sure that he did. 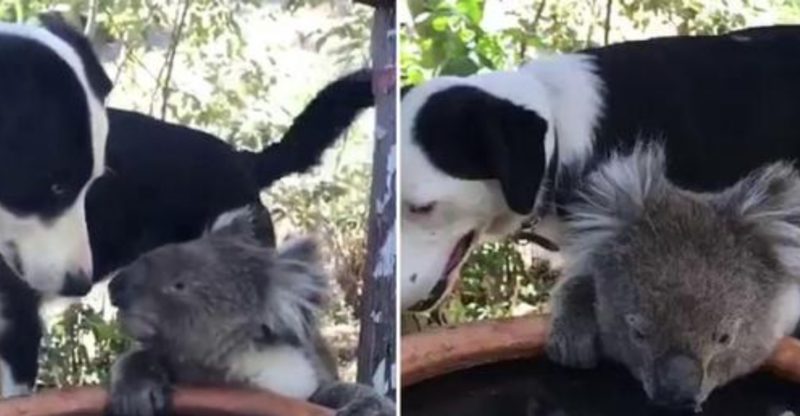 A few days ago, a shocking video of a thirsty koala approaching a group of cyclists for water went viral on social media.