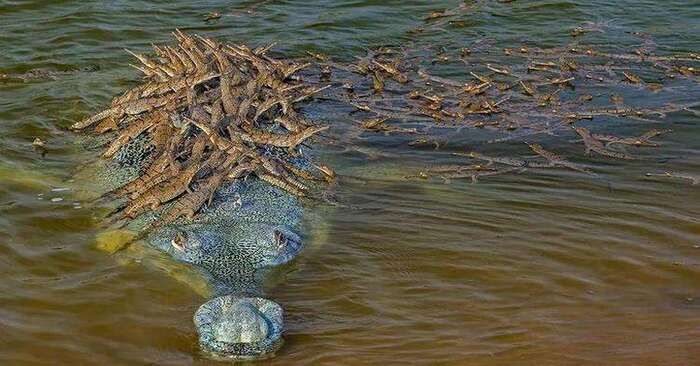 A huge crocodile was “transporting” a hundred little cubs on his wide back.

And there he managed to take an incredible photo, where a huge crocodile swims along the river and carries hundreds of little babies on its back. 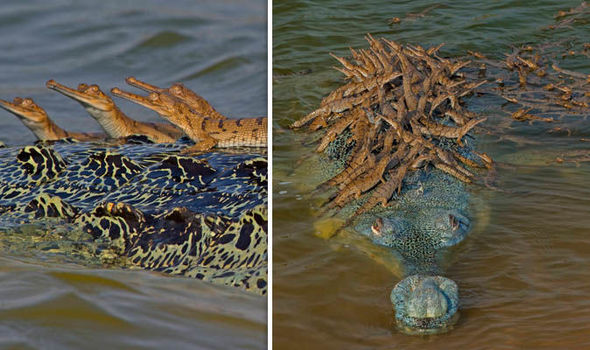 The inhabitants of the Ganges are on the verge of extinction due to the deterioration of their natural environment.

In total, about six hundred and fifty adult representatives of this rare species remained in Nepal and India. 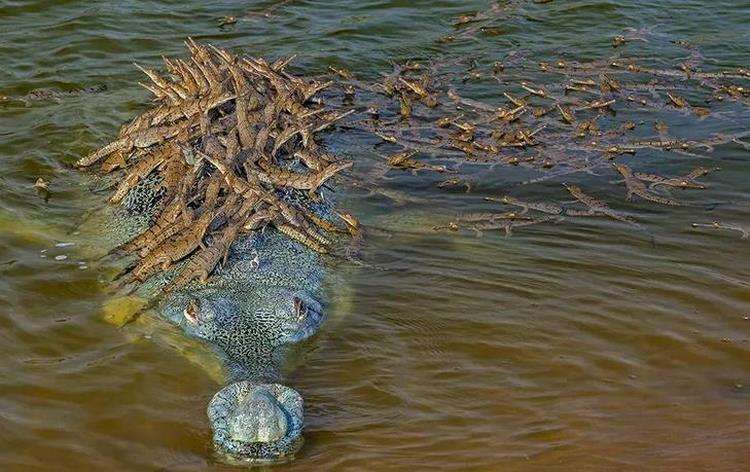 Other crocodiles carry their offspring in their mouths, but the snout of the Gangetic gharial is narrow and long, and the teeth are incredibly sharp. Therefore, representatives of this species have chosen a different way of carrying children through the water – on their large backs. 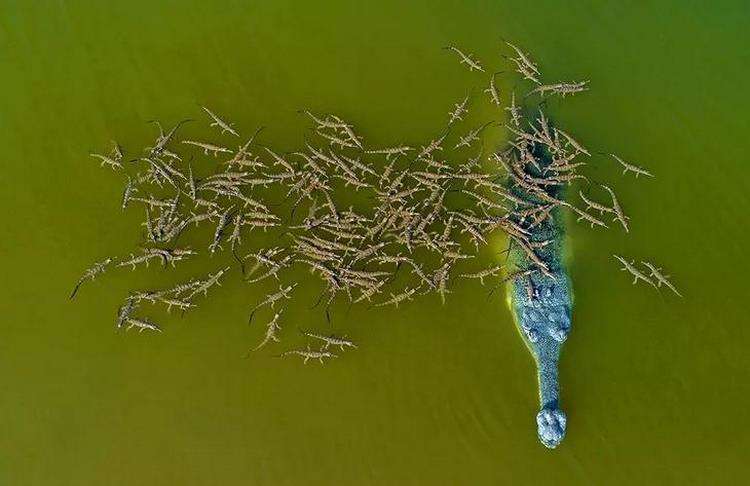 The photograph, taken by a talented and patient photographer, won the highest award in a competition organized by the Natural History Museum in London. Mukherjee is one of the nominees for Wildlife Photographer of the Year.