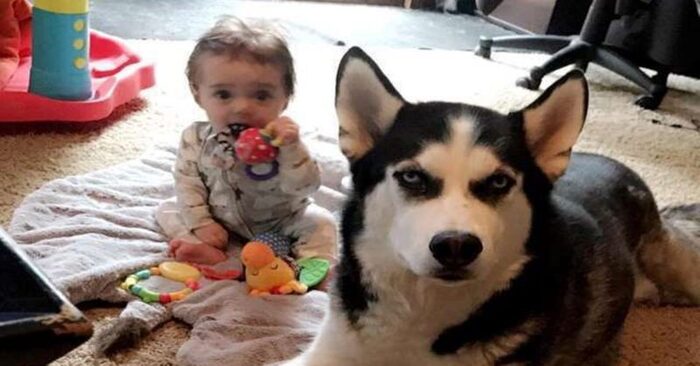 After birth of boy, the dog spent a lot of time with him, trying to climb into his bed.

2 years ago, a child appeared in an English family, who was named Braxton. At that time, a dog already lived with them, which met the baby very friendly.

Immediately after birth, the dog spent a lot of time with him, all the while trying to climb into his bed. 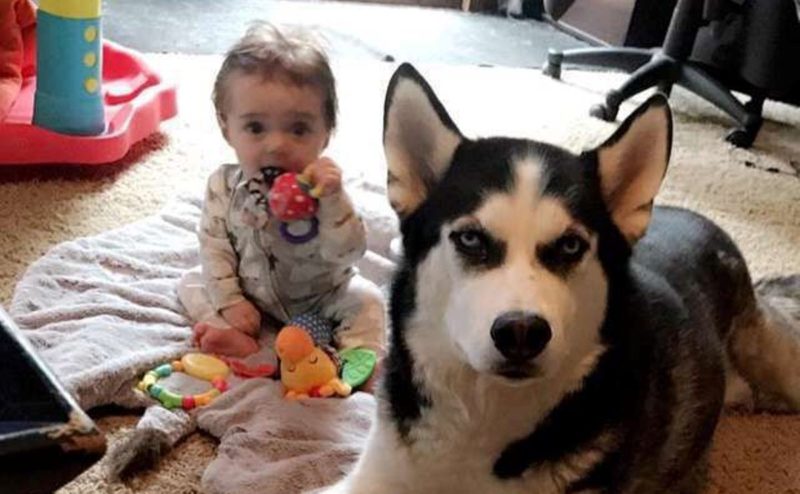 The boy’s mother said the dog started acting strange long before she knew she was pregnant. The dog constantly followed him, laying his head on his stomach and making strange noises.

After a while, she realized that the dog had somehow smelled the baby in the womb.

Now Braxton and Boston (the dog’s nickname) spend almost all their free time together. 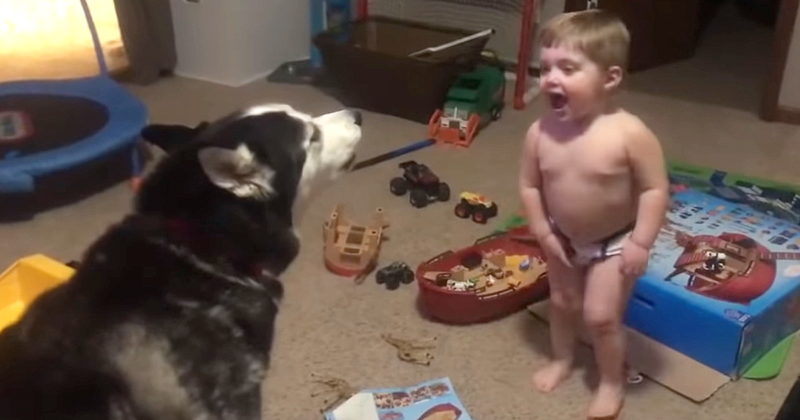 Parents teach their child Spanish and sign language from an early age, but he decided to learn dog language on his own. Braxton’s mother claims an amazing bond has developed between her son and dog. 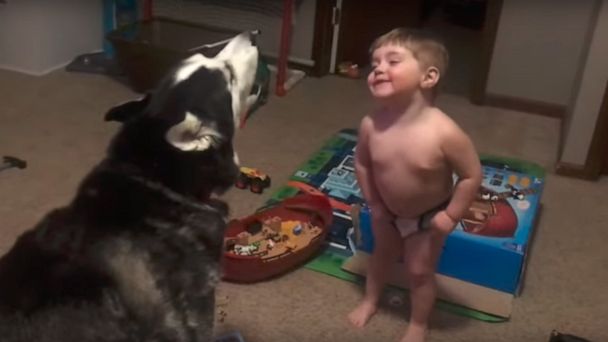 Despite the language barrier, this couple is having fun.