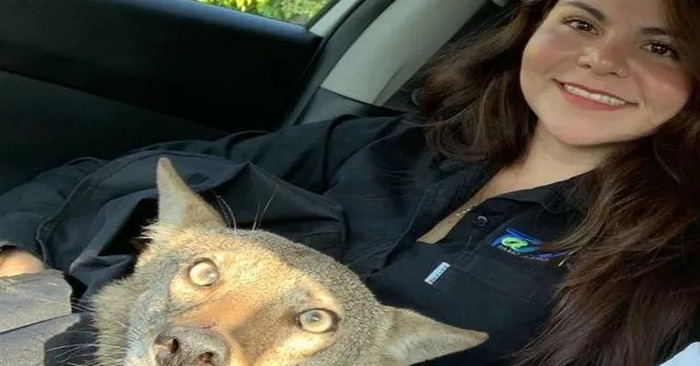 When the woman brought the animal to the vets, it turned out that it was a coyote.

In one of the Mexican cities, Victoria Andre Ati saved what she thought was a stray dog. When the woman brought the animal to the veterinarian, she was told that it was a coyote.

Andre was driving when she saw another car hit the creature and just drive away. Eager to help, the girl stopped and tried to calm down what she thought was a hit dog. However, Ati alone failed to drag her to the car. Then the Mexican called her friends who helped her, and the injured animal was taken to the nearest veterinarian. It was then that the woman was told that she had saved the coyote.

However, Andrea even gave the wild animal a name: Pancho. “Unfortunately, the coyote could no longer fight for her life.

Pancho came into this world to show us that we should help those in need. Animals cannot say or ask for anything, they give love and affection without asking for anything in return,” Andrea said.