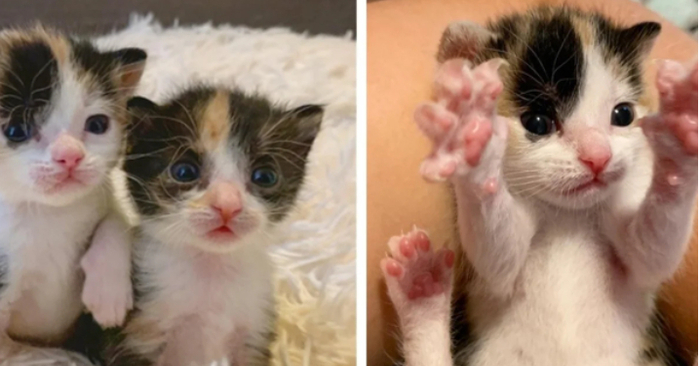 Two tiny kittens less than 24 hours old were brought to Sparkle Cat Rescue, an all-volunteer organisation based in North Carolina.

They were found by the side of the road together, without a mother, according to rescue foster volunteer Sarah Kelly, who spoke to Love Meow. 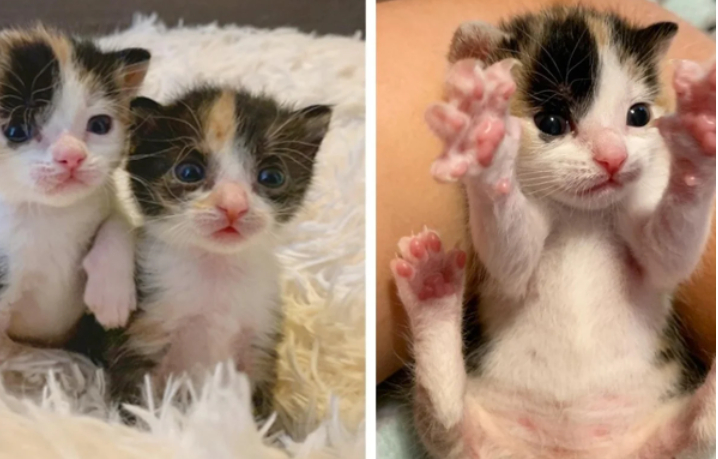 The kittens were in desperate need of medical care and rescue.

In a flash, Sparkle Cat Rescue organised a volunteer to transport the cats across the state to their foster home in North Carolina.

The palm-sized newborns were started on a 24-hour bottle feeding schedule by Sarah.

After a substantial meal, they fell asleep right away in their cosy incubator (which helped regulate their body temperatures).

From the beginning, the two sisters clung to one another like two peas in a pod. 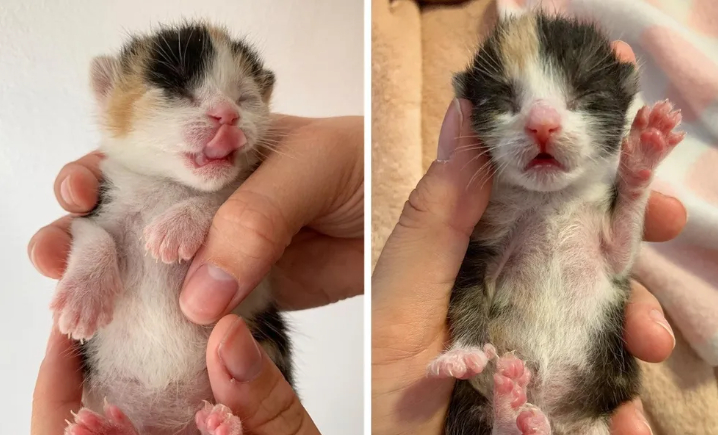 Nobody is sure how the young warriors ended there alone and without a mother, but they managed to survive by helping each other out until help arrived.

Due to an illness, Luna was unable to open one of her eyes and needed further care.

Her sister never left her side during her recovery, which was comforting.

This little glimmer of joy has been Luna’s supporter.

She is always upbeat and curious about everything around her.

The kittens were put in their own playpen when they were old enough to leave their nest and start walking. As she kept an eye out for her sister, Soleil put a paw on her shoulder. 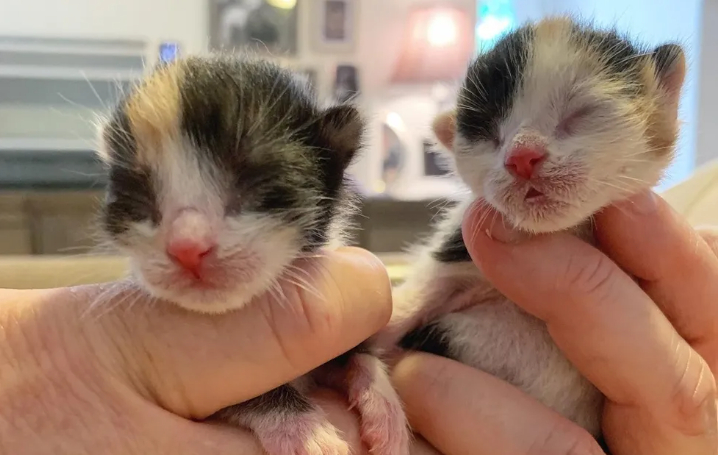 Due to her sister’s constant company, Luna healed quickly.

Her eye started to open and clean.

The bonded couple will never be apart as they travel on to their last destination.