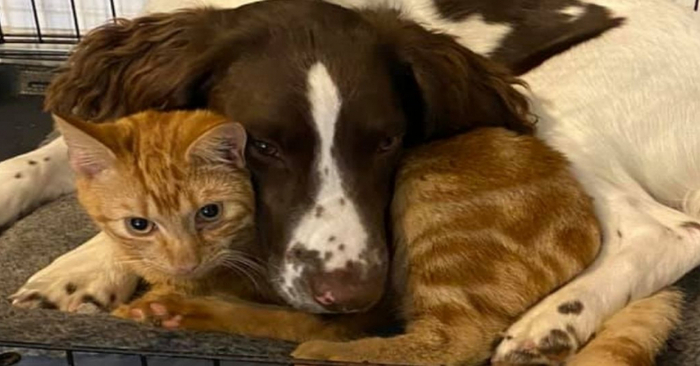 Since their first meeting, the dog and the cat have become best friends in the world.

The popular phrase “cats and dogs get along” takes on a whole new meaning thanks to Marley and Horner. English Springer and Red Cat joined Susan Moore’s family around the same time. They became inseparable from day one.

A resident of Aberaron, Wales, adopted a dog when he was 10 weeks old. She then adopted a farm cat. 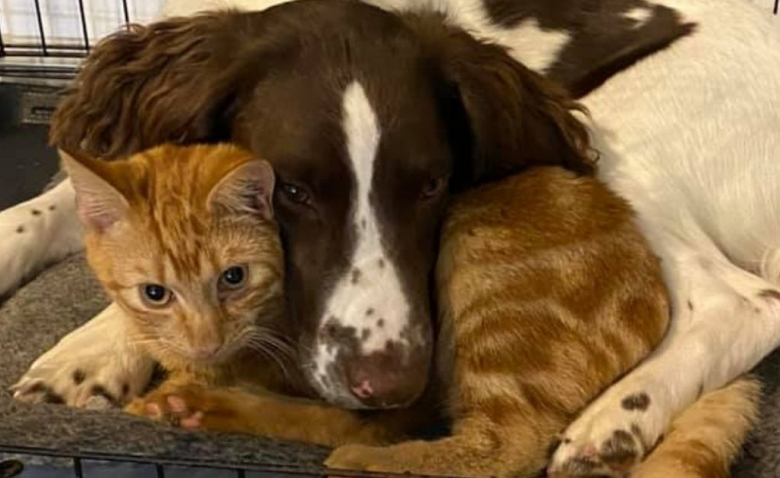 Marley tried to approach the other two cats in the house. However, the latter always refused his company.

Kindness has many virtues. For their owner, collecting them could be a way to console each other after a change of scenery.

Now 6 months old, 2 friends have grown up together under the same roof, never parting with each other.

Their afternoon hugging sessions have become a little ritual they won’t miss for anything. The cat curled up against the dog; their tails and legs are sometimes intertwined. If they don’t sleep together, they watch each other, play, and even share food.

“They will melt our hearts,” their adoptive mother said. Their unbreakable relationship shows that love comes in all forms. Friendship is a treasure, especially when it’s like this cute duo.