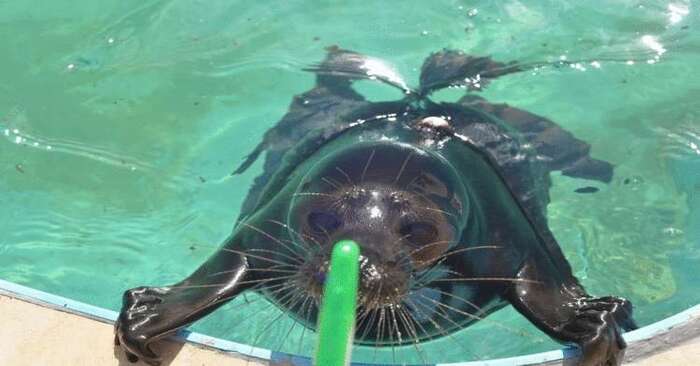 This was the smallest seal cub that the workers of the center had ever seen.

One day a baby Ladoga ringed seal crawled up to a fisherman. Since he had been on the ice for quite some time, his lower part was slightly frostbitten.

A caring fisherman left his job and carried the baby ashore, where he was taken to the Marine Mammal Rehabilitation Center. 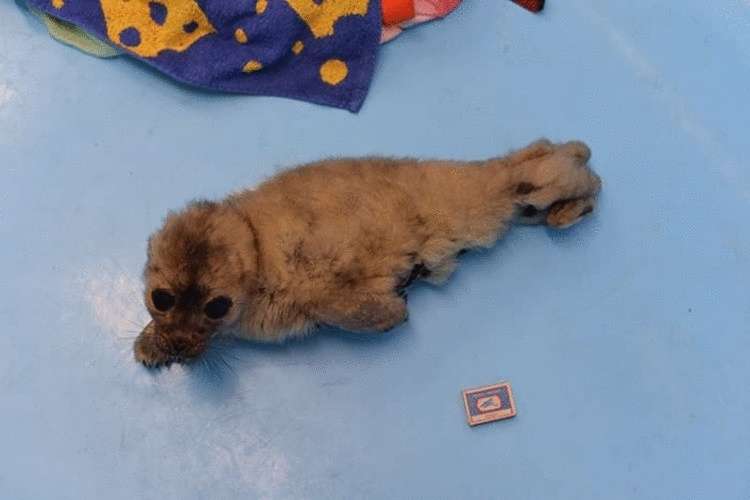 It turned out that the white creature, which was named Krosh, weighs only 4 kilograms.

Despite his immense love for people, Krosh also needed to return to freedom. 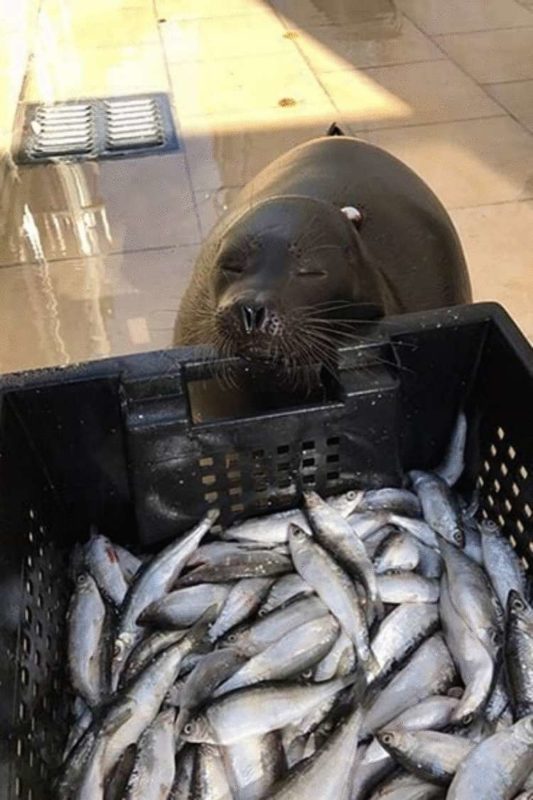 However, when he was sent to free-swim, he splashed in the water for 15 minutes and returned.

To make him afraid of the representatives of humanity, the workers spoke rudely to him and did not scratch his stomach. The answer was harsh. the seal communicated with people only because of the fish and growled angrily if he was not given anything. 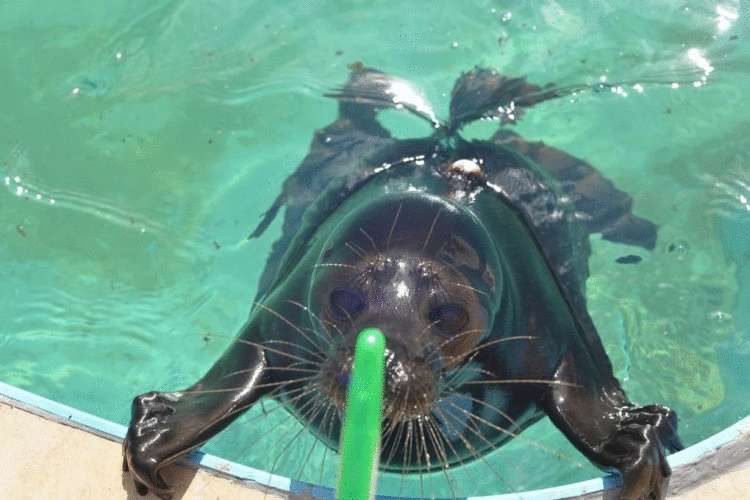 Now Krosh constantly lives in the Center. Here he has fish, a pool, toys and endless belly rubs.