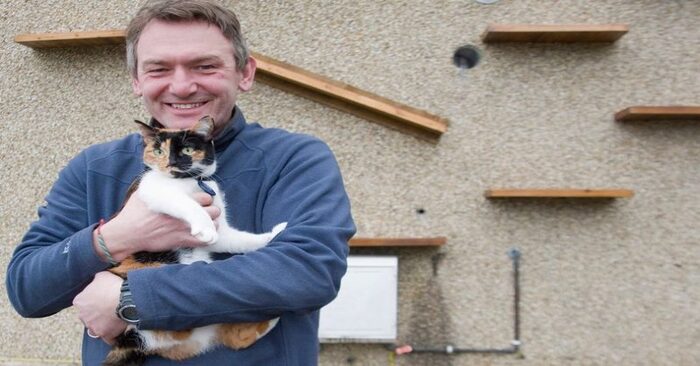 There was no conflict between them, but the cat and dog did not like each other.

“Like a cat with a dog” – this is what they say about those people who cannot get along in any way, constantly arguing and swearing.

For Marcin Tellus from Edinburgh, this is more than just a catchphrase, because representatives of two warring parties live in his house: Simba the cat and Zara the shepherd. 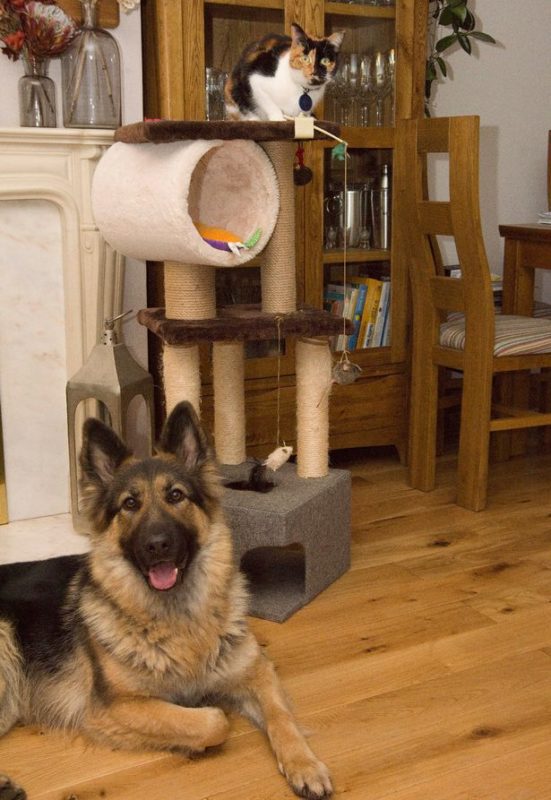 To defuse the tense atmosphere in the house, Martin decided to divide the spheres of influence of opponents. So the dog began to live on the first floor, and the cat on the second. There was one problem.

The cat liked to walk a lot, which meant that she inevitably bumped into the dog as she walked in and out of the house. 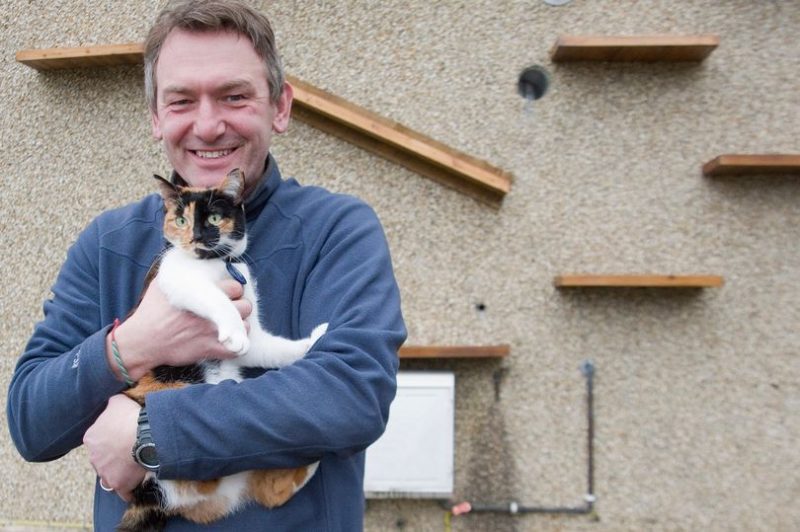 Martin came up with an ingenious solution: Simba’s separate entrance on the second floor of the house. 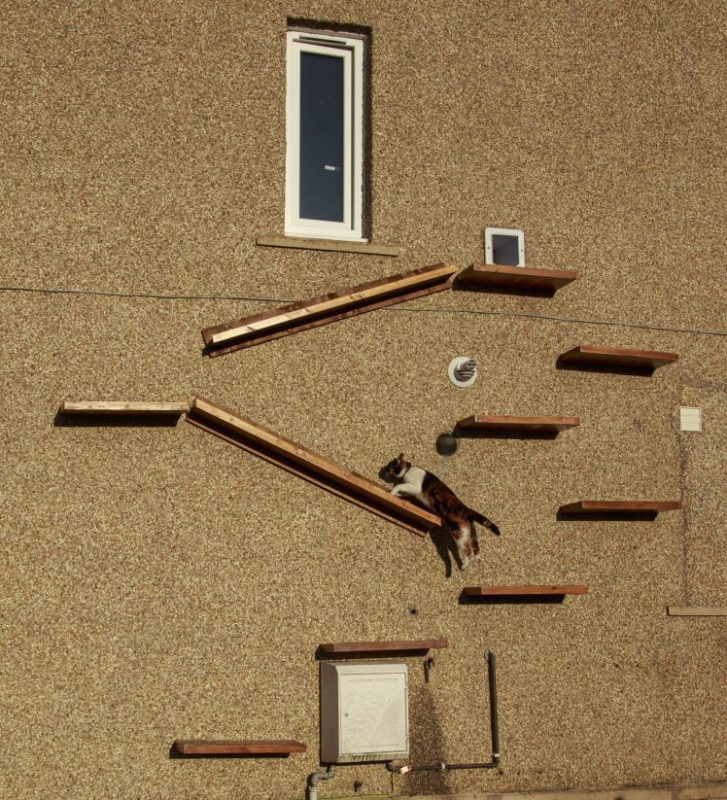 Now Simba has a real climbing wall. The cat has a choice: she can jump and walk up the stairs, and if she wants, she can take a nap.

Simba looks happy. After all, cats can only dream of such an entertainment complex.