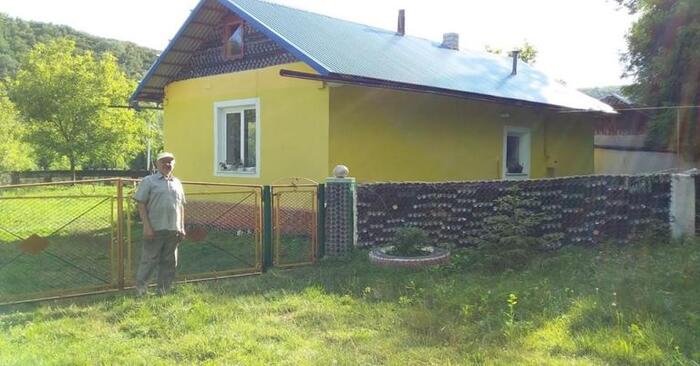 This artist put all his efforts to get whatever he had wanted. This step should be praised.

Vasily Sadovyak is a real self-educated master who lives in the village of Nezvisko. He saw on TV the original bottle fence and decided to build it in his own yard. 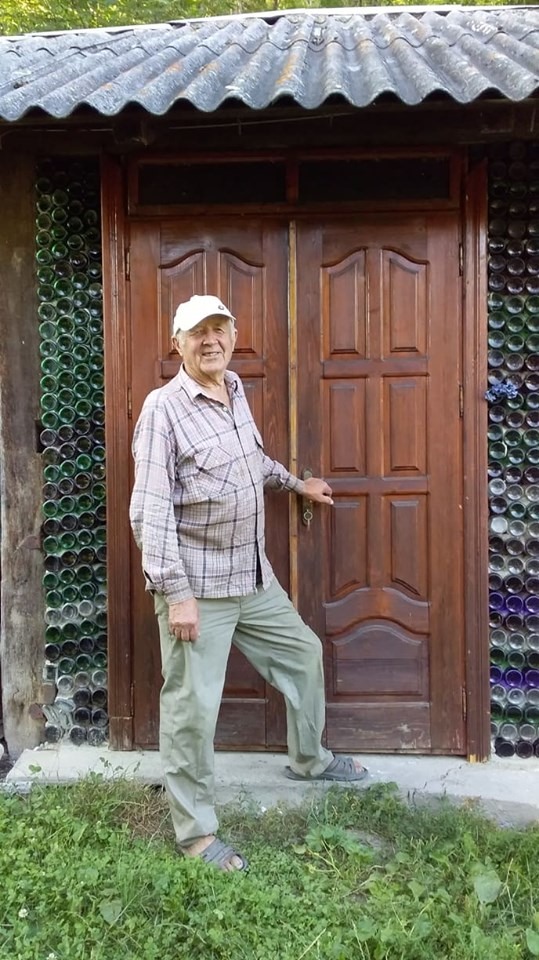 Vasily’s possessions attract attention, as the house is partially surrounded by a solid fence which is made of glass bottles. Also from this unusual material fences for flower beds, a storage shed, a canopy and part of an arbor were made. But a special place in the courtyard is surely the fence, which the local villagers jokingly call the “great Nesvis wall”. 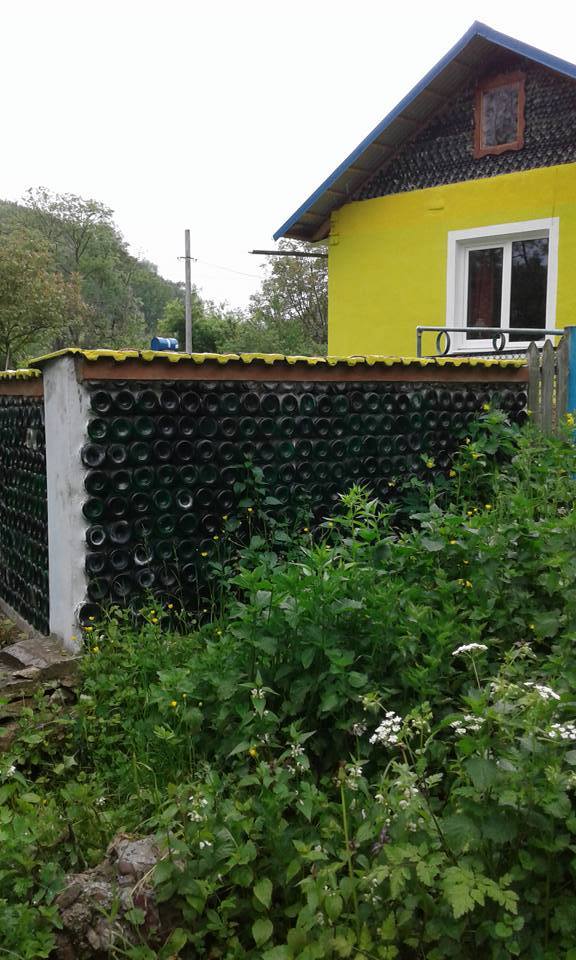 Sadovyak told about his amazing fence. Previously, he had an ordinary stone fence. Almost all villagers had similar fences, since there were always lots of stones here. Everyone wanted to build a strong wall. The size and scale of the fences even showed the status and financial situation of the owners of houses. From the street it was immediately understood who lives here: a good owner or an “average peasant”.

Galina Filippova, the daughter of a local craftsman, told that her father knew about such an outstanding fence from the media. He saw the creation on TV, began to read magazines and newspapers about it. Vasily told his relatives about his idea, and brother Nikolai was the first who wanted the rescue. It was he who provided the master with building material – five hundred champagne bottles left after the weddings of five children. Nikolai could not hand in glass containers, since they were not accepted anywhere. Therefore, the bottles were loaded into a car and delivered to Nevisko from a neighboring village. 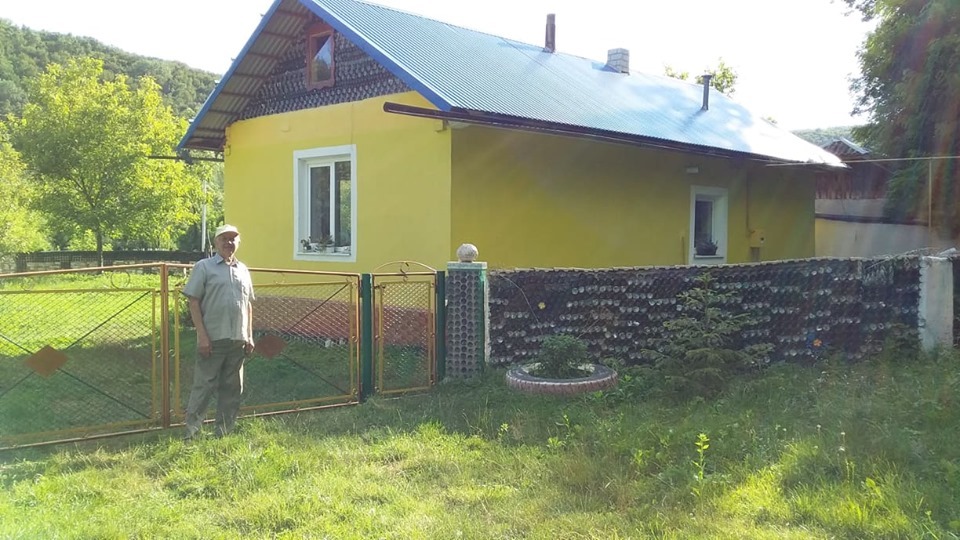 From the first batch, Vasily built part of the fence and foundations for the flower beds. Sadovyak planned to continue building, but the material quickly ran out. Therefore, the craftsman began to collect various bottles of wine, soda, vodka, beer, mineral water and other drinks, on the streets, on the banks of the river and near shops. When all the material was over in Nezvisko, the man went to neighboring villages. 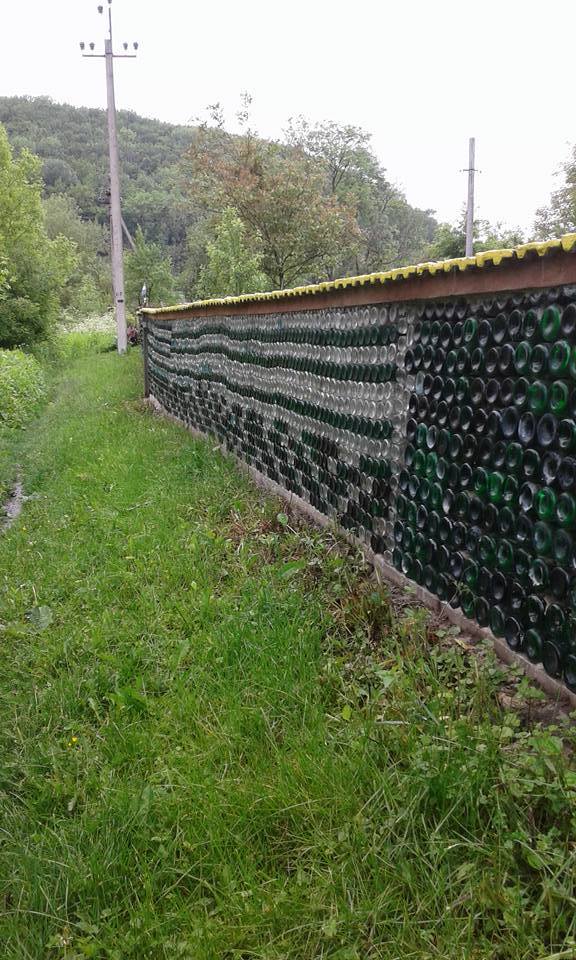 Vasily sorted the bottles according to their shape and size, and wrote numbers on them. From the outside, only the bottoms are visible, and the necks are invisible and are located inside so that the wind does not blow in them (otherwise the natural “music” wouldn’t allow you to live in peace). The fence is very wide and tall but Sadoviak doesn’t plan to stop there.