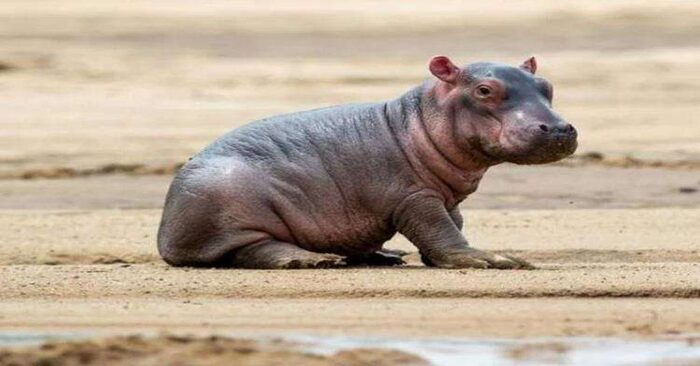 After terrible flood the injured hippo was taken home by the couple.

In 2000, the Limpopo River caused a stir among South Africans when it overflowed its banks during a flood. 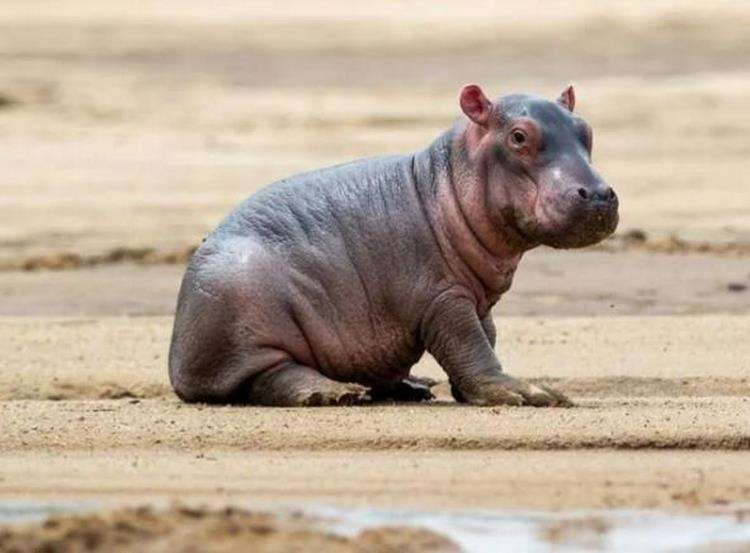 When the river began to return to its banks, walking along the shore, the Joubert couple found an exhausted hippo right by the water.

The husband took the injured hippo home. It turned out to be a female named Jessica. 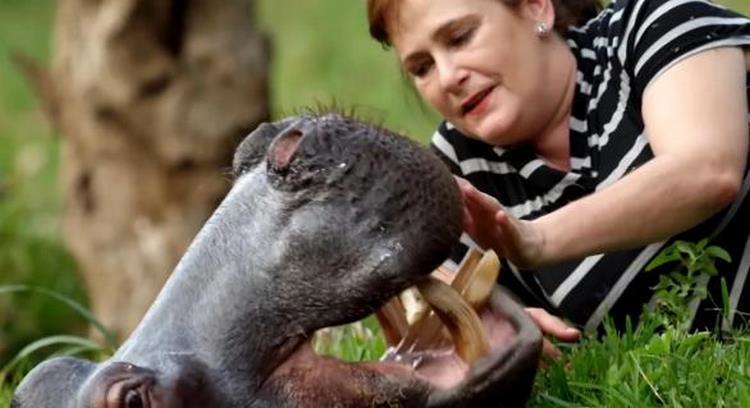 The couple did not have children, and they devoted all their unspent parental energy to the treatment and education of the hippopotamus.

Jessica grew rapidly, and soon her adoptive parents had to move her to a purpose-built pool in the backyard. 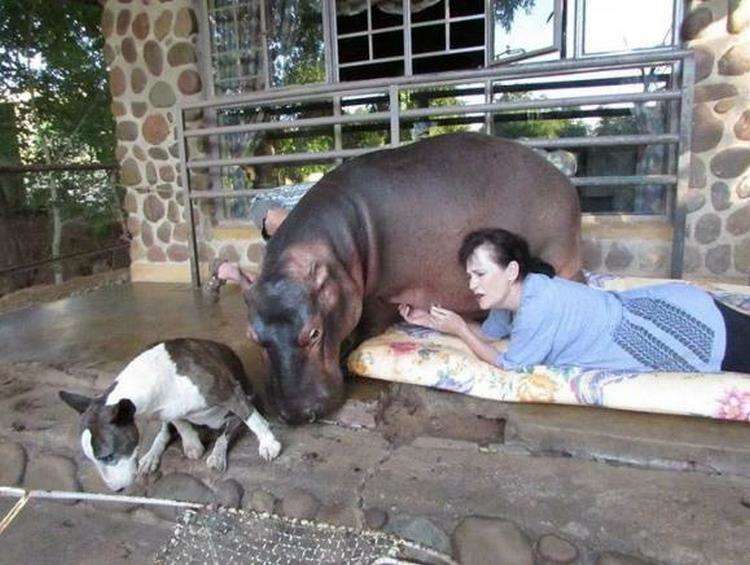 Although for the most part the animal continued to live in the rooms of its owners.