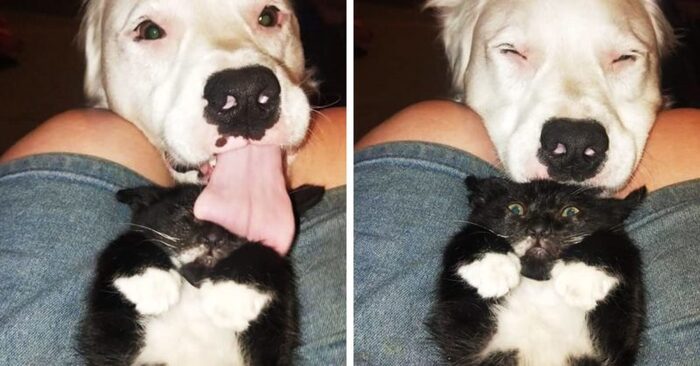 This dog was still lucky to meet his man, and with him to find his true destiny.

Many take animals from shelters, trying to find the most beautiful and healthy. The puppy, named Shiro, was born deaf and partially blind, making finding suitable owners much more difficult.

He ended up in two shelters and was returned four times by people who took him to their homes. Two years ago, he was still lucky enough to meet his man and find his true destiny with him.

Now the dog takes care of adopted animals, calming and supporting them. 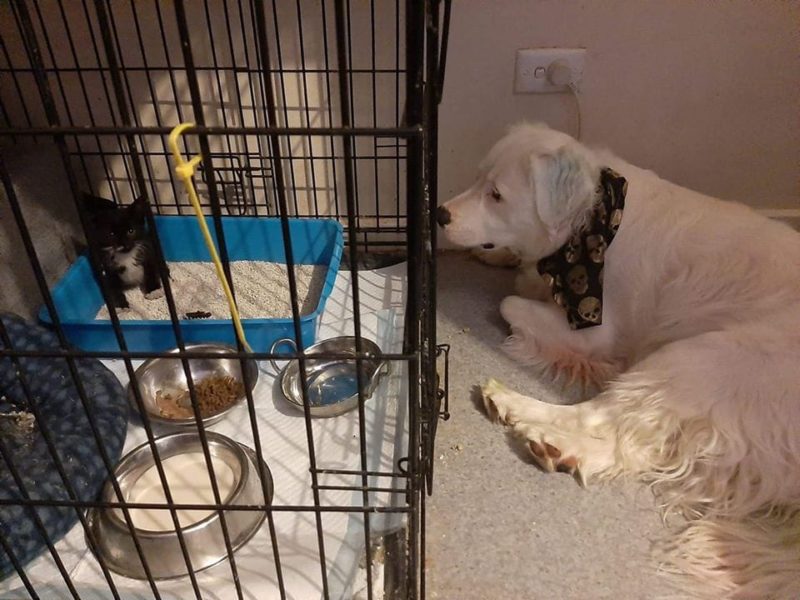 Once the owner brought animals to the house for communication and noticed that Shiro was not indifferent to them. He comforts and cares for them. 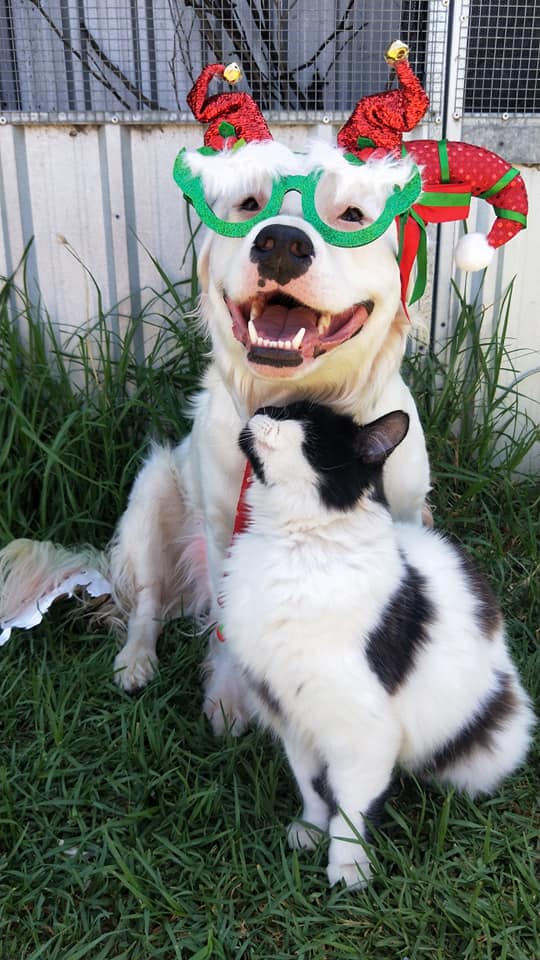 The dog was so worried about the fate of the fluffy one that he did not leave the cage for a minute. After a while, the kitten began to get better, and thanks to Shiro’s efforts, he got used to the new place. 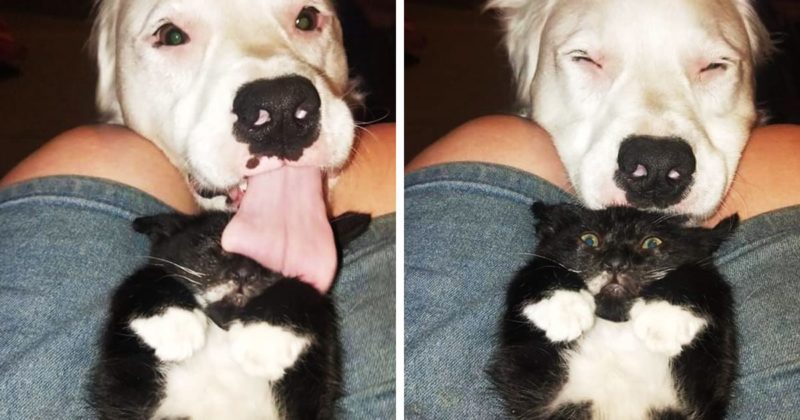 All animals go crazy for him. Shiro is happy to help his master heal the new charges.