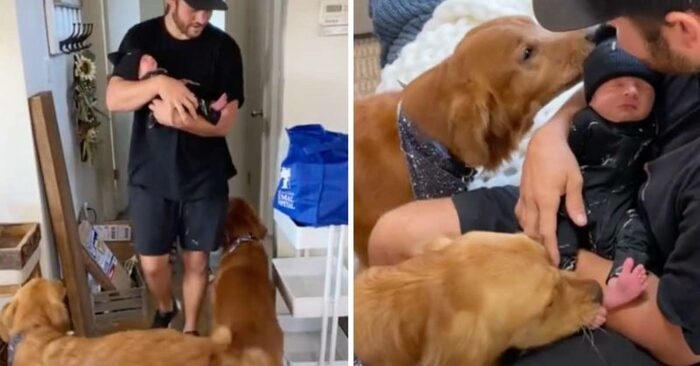 The two dogs could not be happier before the arrival of the newborn.

Puppies are very friendly and affectionate animals, which is why they have always been known as man’s best friend. They know how to get along well with people, especially with children. 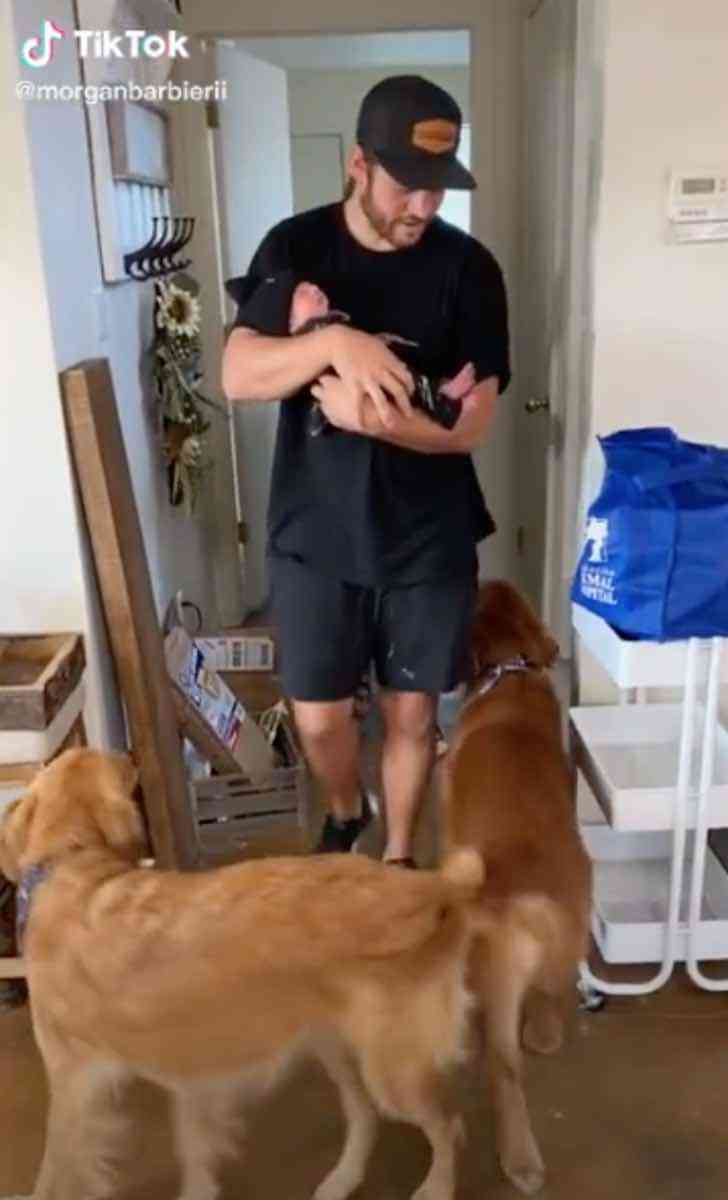 You can see the two dogs sweetly greet their new baby and it looks like they are so excited, like the parents themselves, that they can barely contain their emotions.

The video initially shows the arrival of the parents at the house after the birth of the child. A man carries his young son in his arms and walks very carefully as the dogs approach him to meet the peacefully sleeping baby. 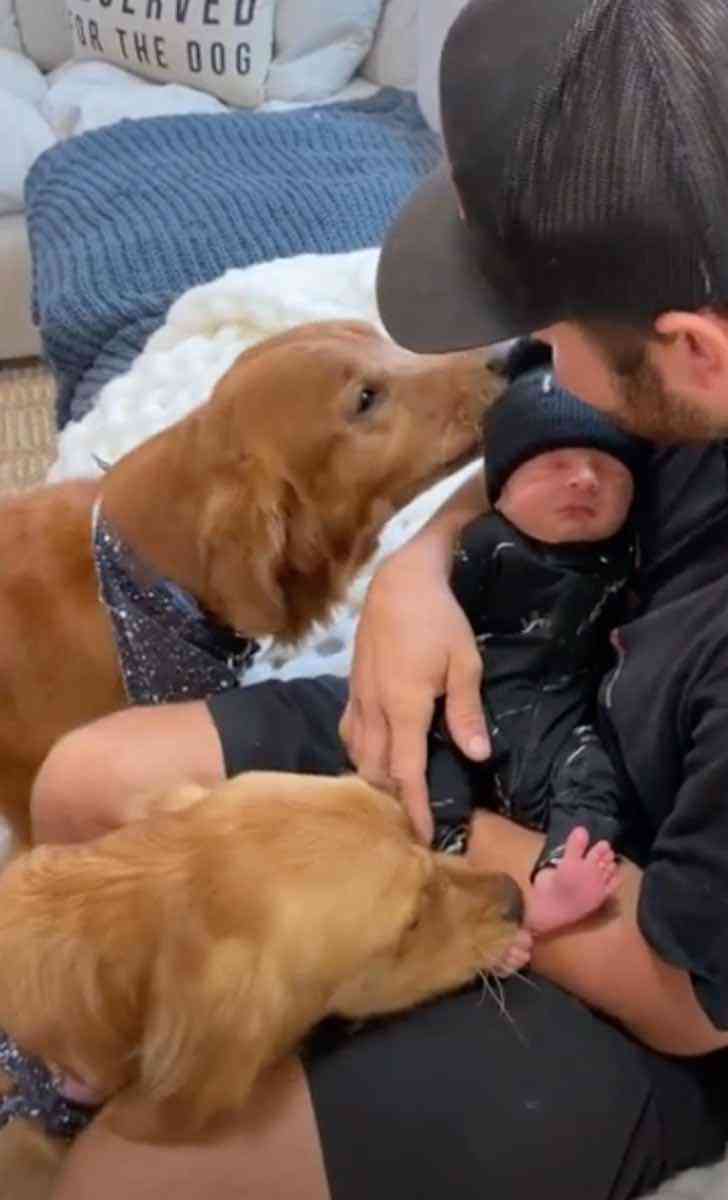 The dogs look so excited that they have wide smiles on their faces and quick wagging tails. When the father sits in one of the chairs, his pets come up to the child to sniff him and lick his bare feet. At this point, they lick his face as well.

The newborn does not seem to feel anything, because he does not wake up while the puppies are at his face. They won’t stop sniffing and licking it, and they won’t stop smiling. The father is so pleased with their answer that he caresses them very much. 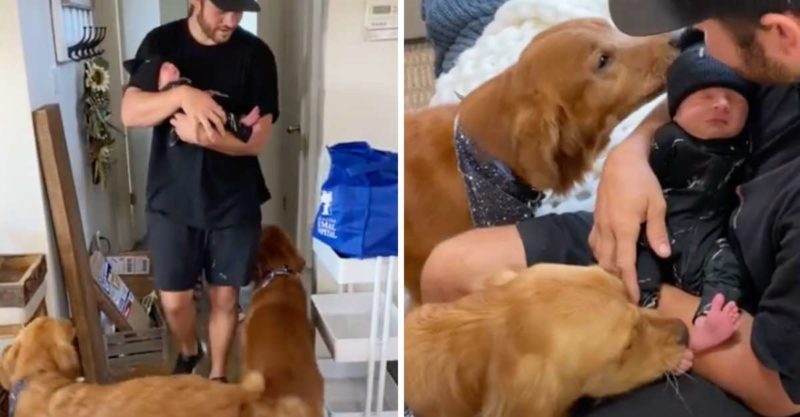