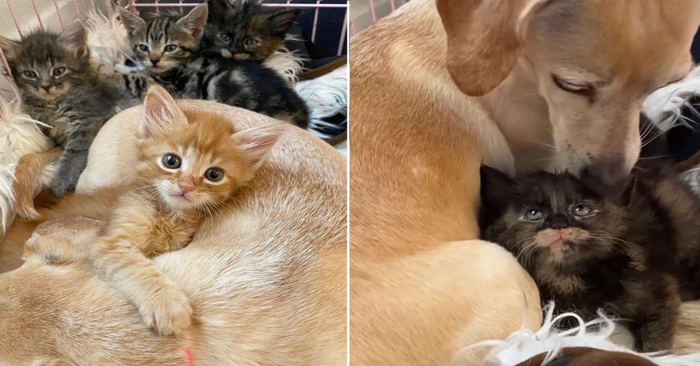 This wonderful dog loved little cats and took care of them.

5 kittens need a mother. Their adopted family dog ​​was ready to take on the role, as he had done brilliantly in the past with many other small felines in trouble. Now they are inseparable.

When her owner Asa, a volunteer foster mother, takes care of orphaned or abandoned puppies, Kona becomes the happiest of dogs. She loves little cats and takes care of them like her offspring.

In October last year, Asa was entrusted with the birth of 5 kittens without a mother. They landed at an Animal Welfare League shelter in Arlington, Virginia and were in dire need of help and attention. 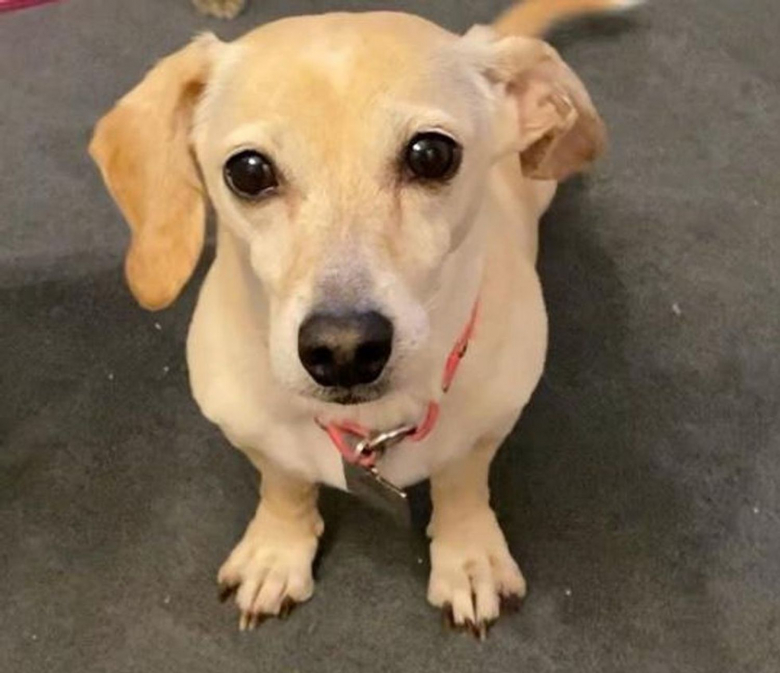 Very curious, little felines are quick to explore and master the room where their benefactor has placed them.

Soon they attached themselves to her and began to climb on her knees or shoulders. Asa named the two boys Joe and B. Their 3 sisters repeat the names Miss Tash, Cappuccino and Inez.

Kona hasn’t been able to meet them yet. First, the cats had to adapt to the new environment and be healthy. She waited 2 weeks before finally getting to know them. 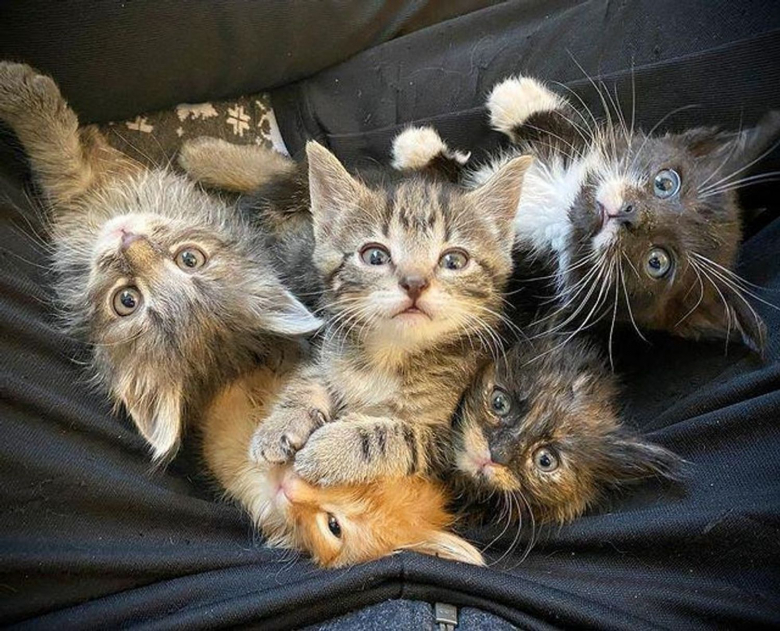 When the time came for the meeting, Kona was “extremely excited. Her tail continued to wag and she went over to each of them to kiss them,” says Asa.

The cats took to her immediately. 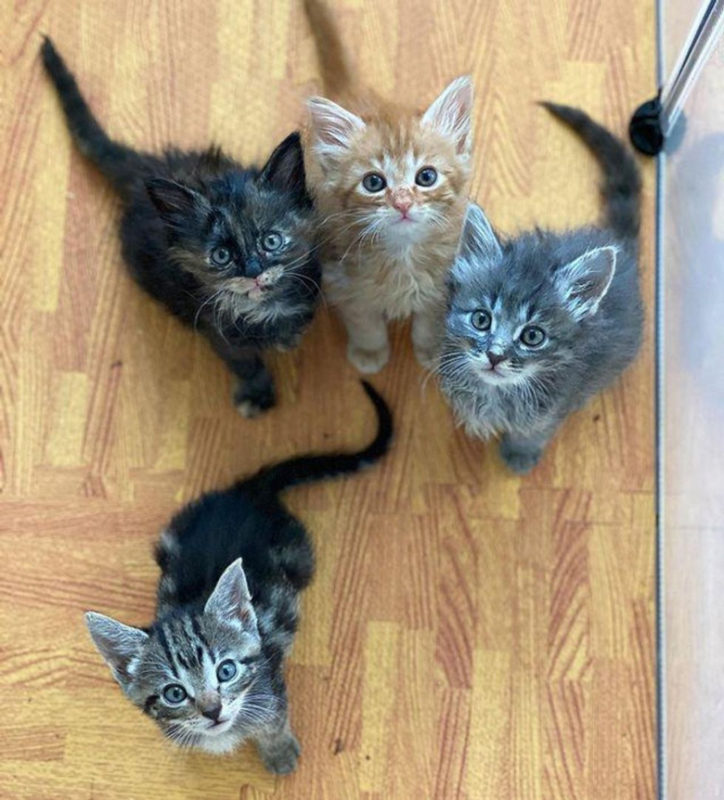 For them, Kona was their new mother. Everyone adores her, especially Mr. B, who never leaves her.