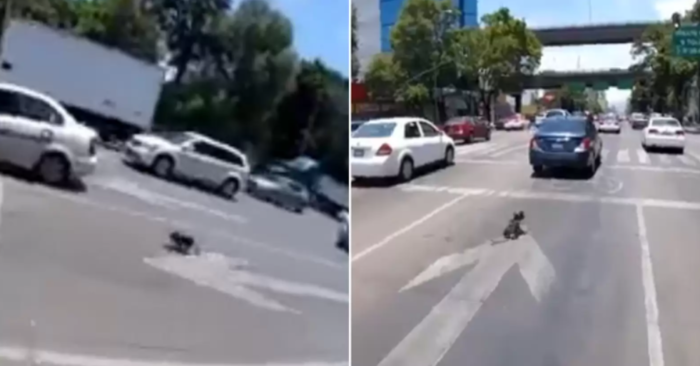 This woman is a real hero!

Recently a video was shared on Twitter in which it’s seen how a woman did a heroic action risking her life just to save a dog’s life. The case took place on one of the busy roads in Mexico City, where the traffic was so heavy. The camera captured how a little pup threw itself just to the middle of the road. There is no need to say what would happen with the dog, if the kind woman didn’t appear in time.

The woman immediately stopped her bike and threw herself between cars and the pup. Fortunately, she managed to save the dog’s life and handed it to his owners warning them to be more attentive towards their pet.

Later, when the reporters asked the woman why she did such a brave thing, she answered them that she also has a dog at home, and knows how important they are for their families.

Thank you for your courage, kind human!