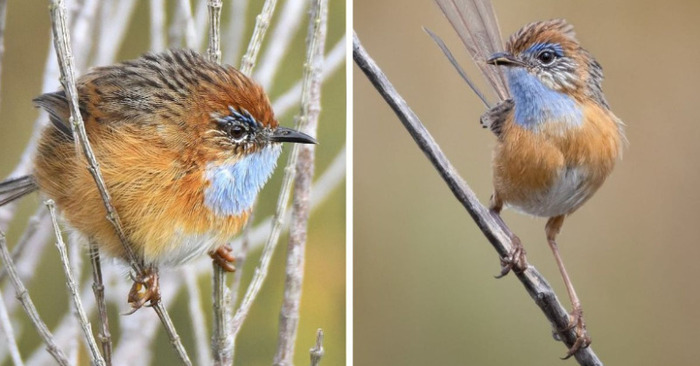 The smallest and most harmless bird

The little bird known as the southern emu-wren (Stipiturus malachurus) has reddish brown upperparts that are striped with black.

A reddish head and gray-brown wings are also present. 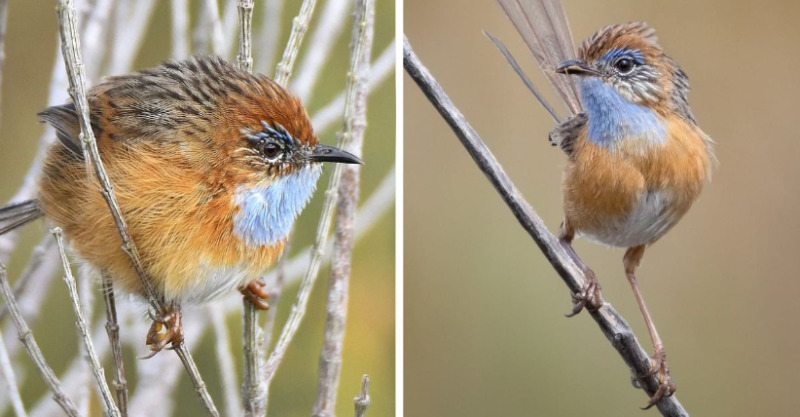 He also has a long, filamentous tail that is around 10 cm long and has six feathers on it.

Longer than the other tail feathers are the middle two.

He has a distinctive blue chin and pale red-brown underparts that progressively get paler on the abdomen.

He has black beak, brown feet, and brown eyes. This species’ females look like the males but don’t have the blue throat.

This flightless bird prefers to spend the most of its time lying low in dense cover and running away when threatened like a mouse with its tail down. 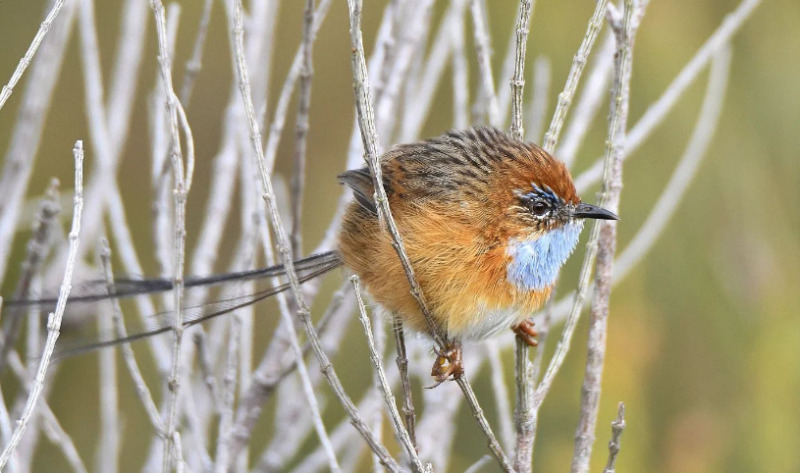 It is surrounded by dense shrubbery or a tussock of grasses that have growing close to the ground.

After hatching and for 8–11 days after becoming independent, both parents feed the chicks, who remain dependent on them for food for another 2–5 months. 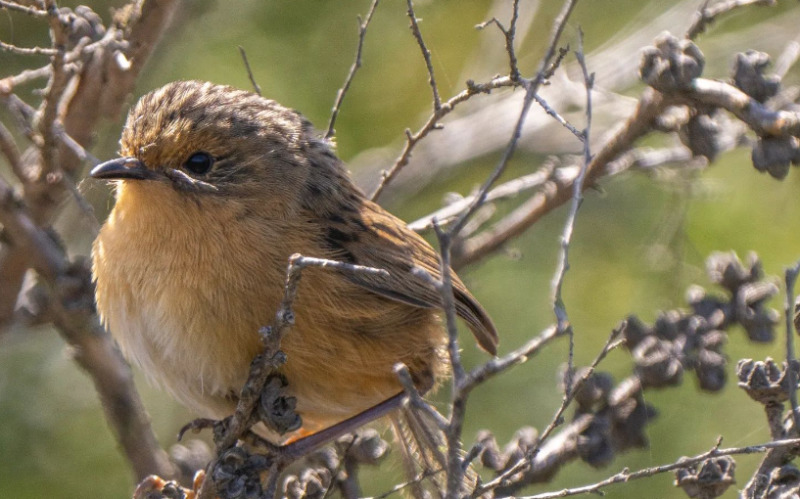 The Southern Emu-wren male continuously sings as he guards a small region.

The female builds a side-entranced dome nest with an oval form.