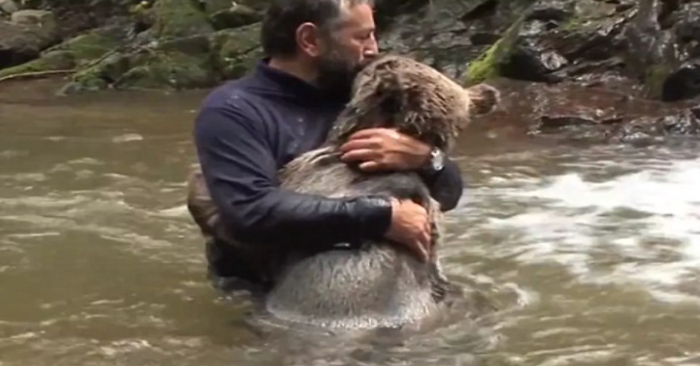 The renowned explorer and a devoted bear

Nobody wants to come face to face with such an enormous bear.

However, even though everyone would turn around if we spotted a bear, that man seems ecstatic!

An astonishing documentary video shows this Turkish explorer having a touching encounter with a huge predatory bear.

The image, which took taken in the Altai Region halfway between Kazakhstan and Russia, shows researcher Cemal Galas playing and cuddling with the affectionate animal close to a waterfall. 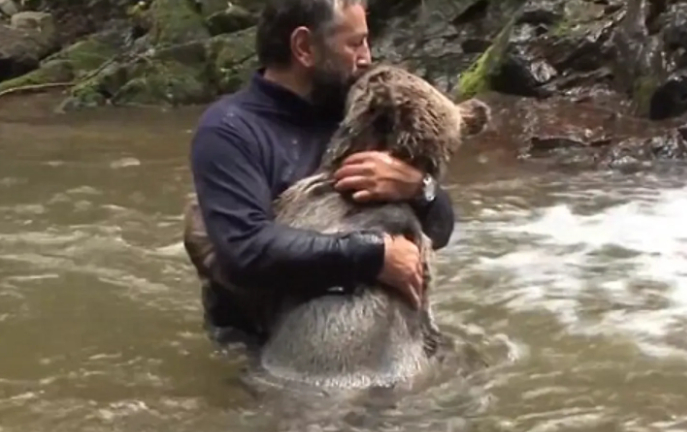 It is obvious that Gulas and the panda have already crossed paths.

Nevertheless, the man moves forward and embraces his animal friend so confidently that you could think they staged the encounter.

And in reality, it’s not like that. Half of the Eurasia Adventure program, which will take 20 months to complete from the Bosporus to the Bering Land Bridge, is represented in the endearing footage.

The photograph shows conservationist Gulas yelling for the bears that are on the river’s banks while standing in a river. “Return to me, son,” I said in the individual’s native dialect. 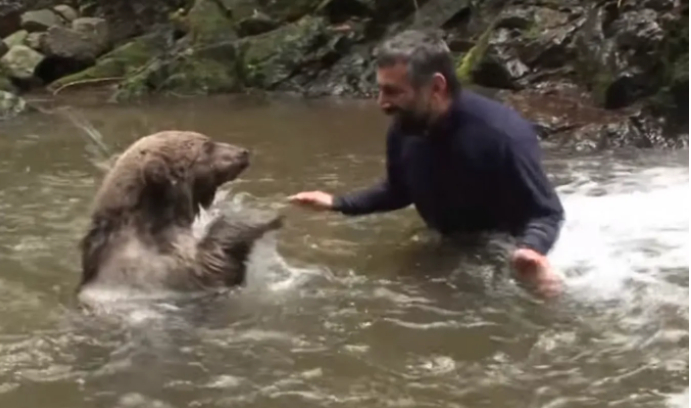 As evidenced by footage like this, those enormous beasts—who are occasionally misunderstood—were nothing more than majestic creatures.

Anyone can perceive the pleasant interaction in this image!