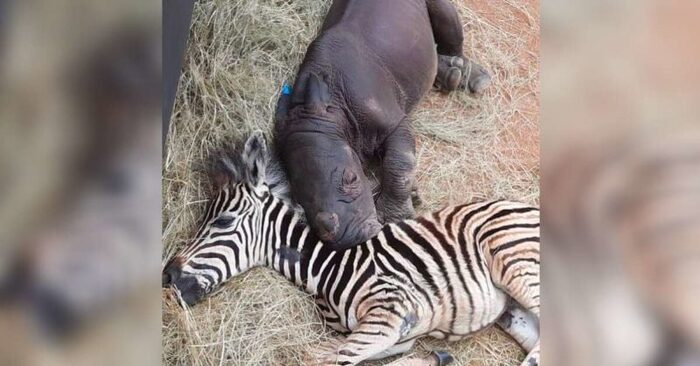 Out in the wild, Daisy and Modjaji would never have met.

On the other hand, a rhino and a young zebra from the Wild Rhino Care Sanctuary have become unexpected friends and are helping each other through their recovery. 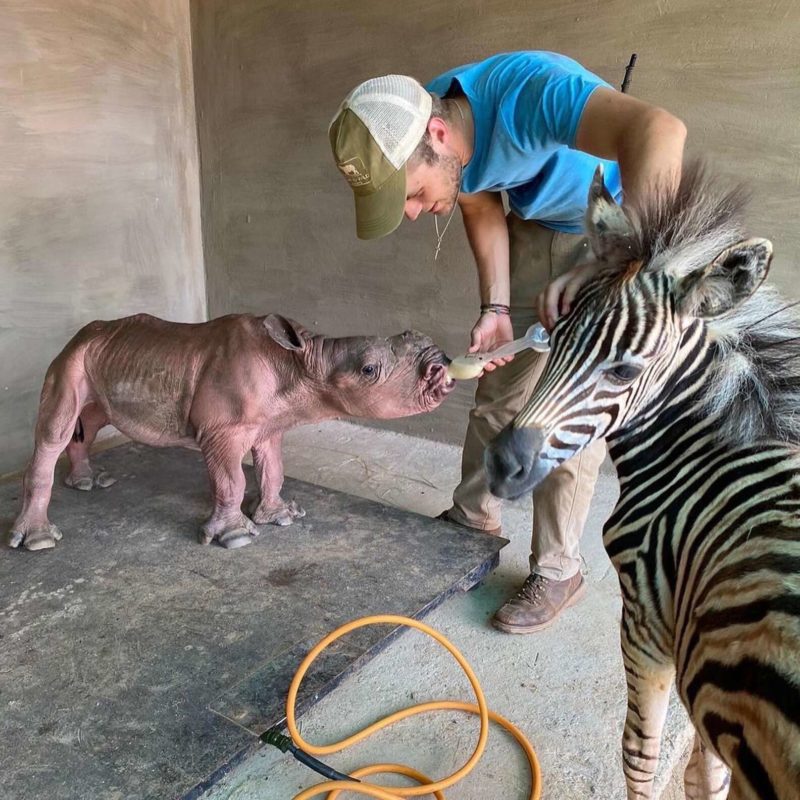 Daisy was spotted alone in South Africa’s Kruger National Park in early December. Daisy’s rescuers took her to the shelter’s emergency room by helicopter because she was only a few hours old and weak.

Daisy needed around the clock attention and feeding, as well as various medications to help her immune system and maintain her body temperature. 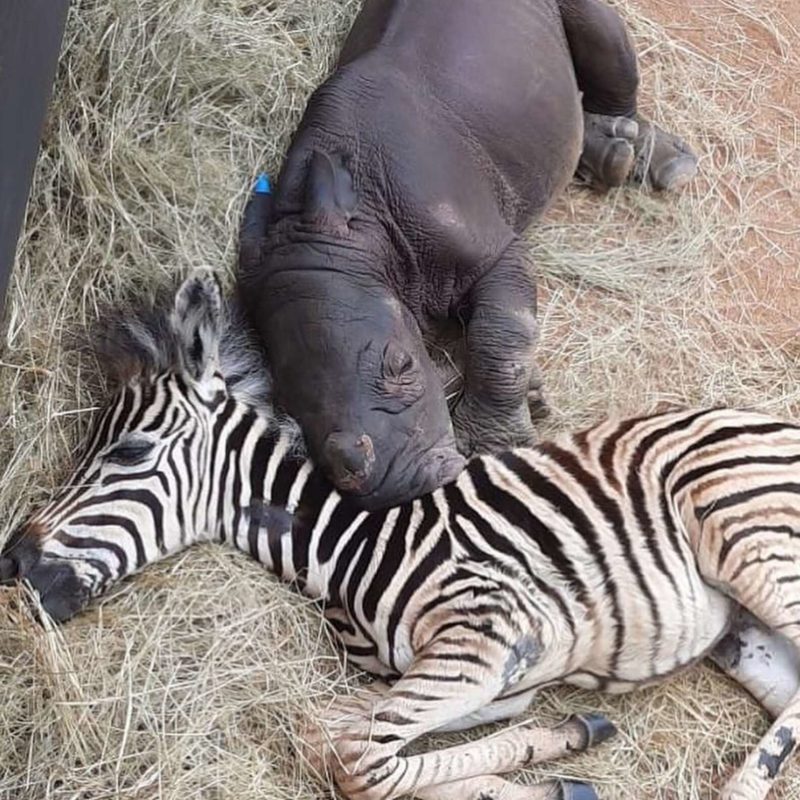 Daisy, on the other hand, wasn’t the only newcomer to the vet clinic.

“Modjaji was transferred to the reserve’s intensive care unit in late November after he was found immobilized and barely breathing in the reserve after heavy rains and storms”, ​​said Lowen Bowker, media spokesman for the Wild Rhino Sanctuary.

“At the time, Modjaji was thought to be only a week old”.

“As they got bigger and bolder, curiosity got the better of them and they started interacting with each other,” Bowker explained. 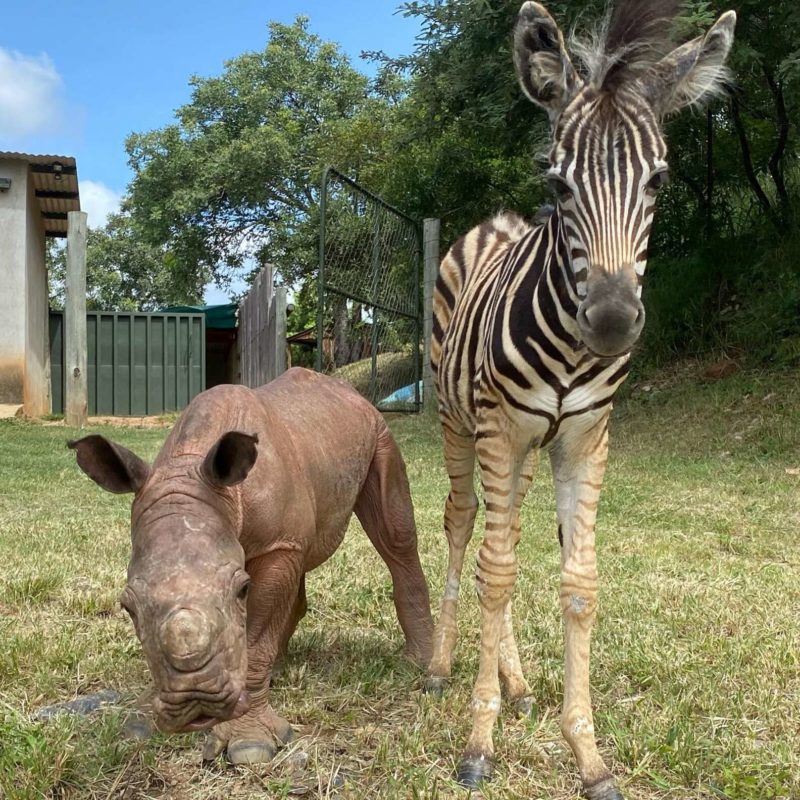