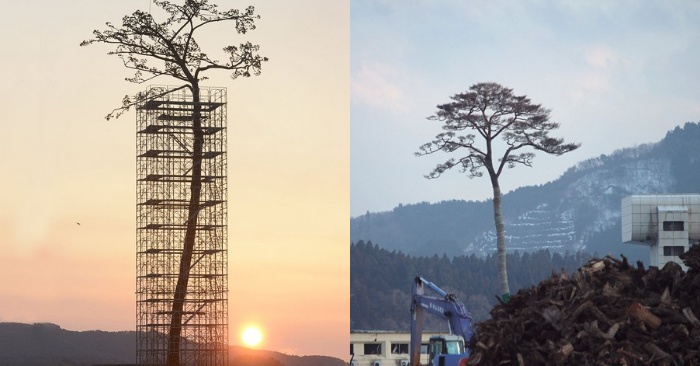 When you love something or it is just symbolising anything you start do respect it first of all.

Several years have passed since the earthquake and the subsequent tsunami that covered Japan. And this country is still trying to recover from the catastrophe that happened to it. One of the episodes of this reflection is the transformation into a monument of the so-called “Wonderful Pine” – a tree that survived after the rampant elements.

On March 11, 2011, Japan turned into a giant disaster movie set. The trouble overtook this country, bringing enormous destruction and thousands of human victims. 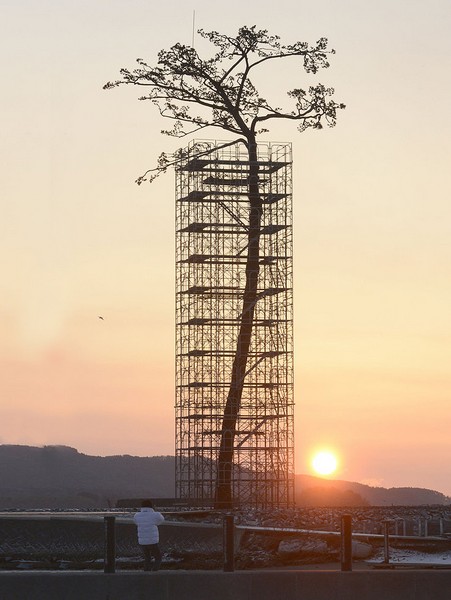 One of the small miracles that happened that day was the rescue of a lone pine tree that survived the tsunami, while seven thousand of its “relatives” standing nearby were uprooted and carried away by the elements.

This pine tree has become a real symbol of Japan, which survived the disaster in the same way and began to reanimate at a rapid pace, in order to eventually become even stronger and more powerful than before the 2011 Earthquake and its consequences.

However, over time, it became known that the “Wonderful Pine” is in danger of destruction. The tsunami severely salted the groundwater and this plant began to die.

So now a huge amount of resources are directed to extend the life of Miracle Girl, even if investing a lot of money in this – the symbol must continue to exist!

In order to justify the investment of money for the resuscitation of this pine tree, the Japanese government decided to officially declare it a monument of national importance and create a memorial dedicated to the 2011 disaster around the tree. The total cost of the work is expected to be 150 million yen, which is equal to about one and a half million US dollars.