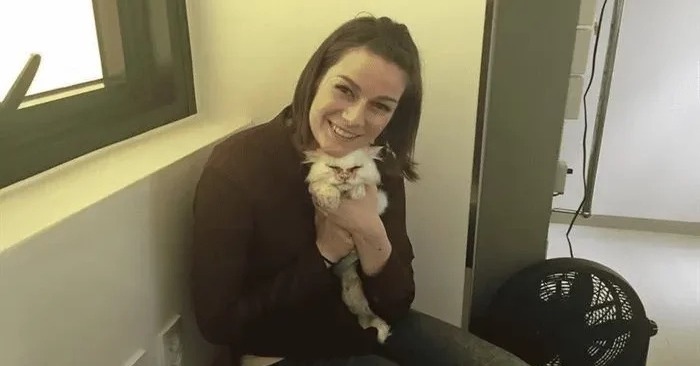 The cat was picked up in South Korea on the street where he was trying to survive.

Jon Snow was starving, dehydrated and suffering from an upper respiratory illness. No one thought that Jon Snow would survive, except for one person.

Rachel Brown wanted to get a cat. When he saw Jon Snow, he immediately knew that he had to take him. Brown asked his friend to call the shelter and ask about Jon Snow. The owner of the shelter told her friend Rachel that the cat is very sick, does not eat anything, and it is unlikely that anything will come of this venture. The woman completed the paperwork as quickly as possible and immediately took the poor animal home to provide the animal with emergency veterinary care.

On the way home, Jon Snow, of course, was still very weak, but he somehow found the strength to thank his new mother for giving him a chance. Soon the vets also became convinced that he had infectious peritonitis, which is very often fatal for cats.

But Brown didn’t want to hear anything. I took Jon Snow to the clinic, treatment began. Today, Jon Snow is completely healthy. He has a lot of energy, loves to play and follows his new mom wherever she goes.