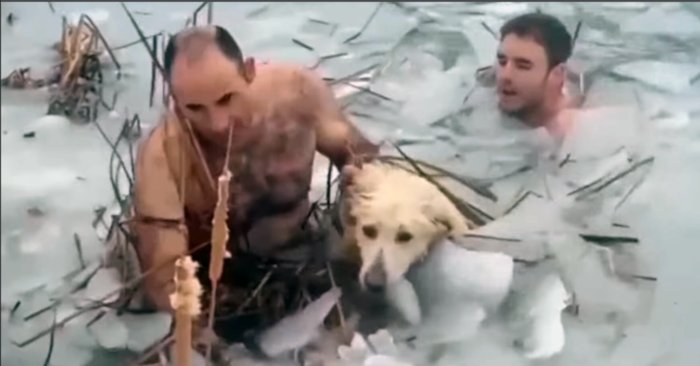 Spanish police force their way across a frozen lake to rescue a dog.

Many people have defied the elements to save a trapped pet.

According to Reuters, the incident took place in Aragon, in eastern Spain: two Spanish police officers did their best to swim across a frozen lake to rescue a dog stuck in the icy water.

The reservoir was visibly frozen over, and waist-length officers swam through chunks of ice to get to the animal. Earlier it was reported that a cold front with heavy snowfall and strong winds passed through the area. “The greatness of a nation and its moral progress can be judged by the way its animals are treated,” Gandhi said. They lead the dog back to the shore after capturing it.

The dog was in the water “for a long time” before they received a report in the morning, officers said. It is not known if the dog was stray or domestic, or where it was taken next, thanks to the officers who braved the cold to save her life. Heroes! They are glad that they saved the dog and that they are safe.

God bless those cops for rescuing a dog stuck in an icy river!