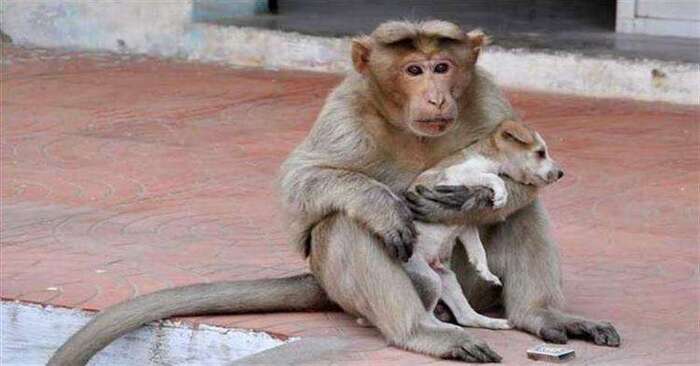 A monkey from the genus of rhesus monkeys took a poor puppy as a mother.

A monkey adopted an abandoned puppy. He was alone, hungry and bedridden. 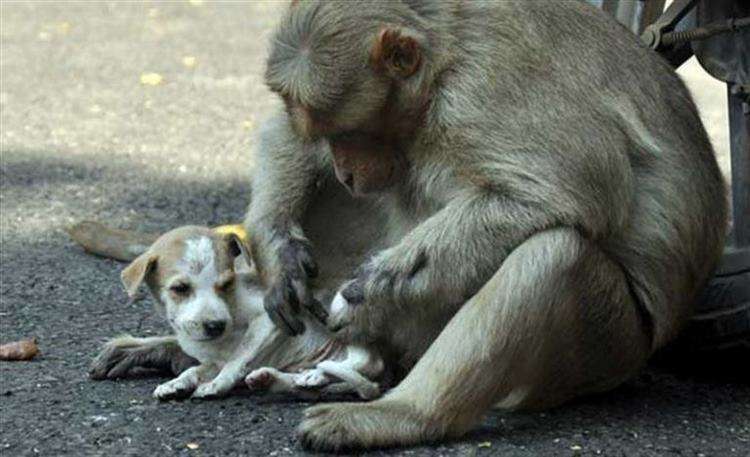 When she first saw him, her maternal instincts awakened in her.

She helped the puppy survive. 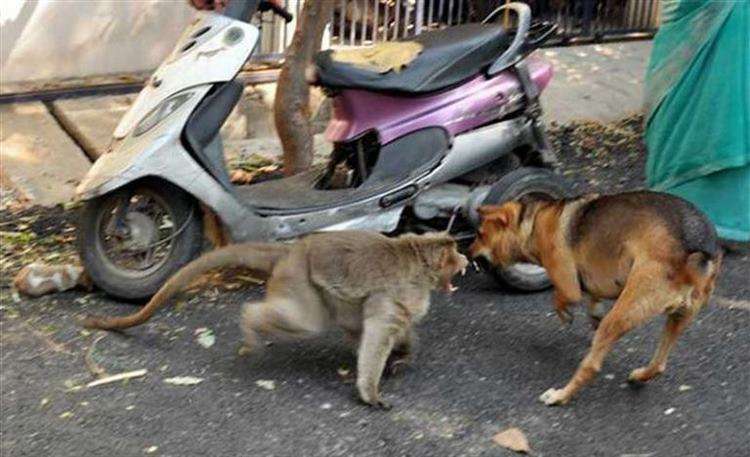 Now she does not allow the puppy to go further. As a mother, she is quite jealous.

She is trying to feed the fruits to the puppy. And when passers-by put down a bowl of milk, the monkey will be the first to give the puppy a drink. 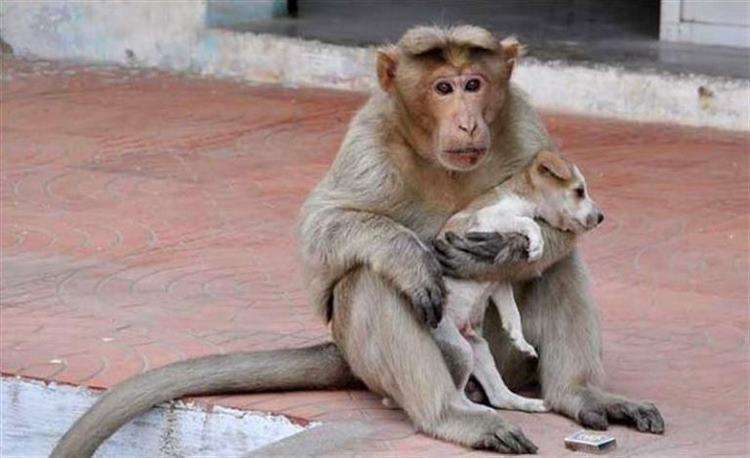 By the way, the inhabitants of India revere rhesus monkeys as sacred animals and sometimes leave their share of the crop in their own fields.

The mother not only warms and feeds him, but also catches fleas. The adopted son must also be clean.