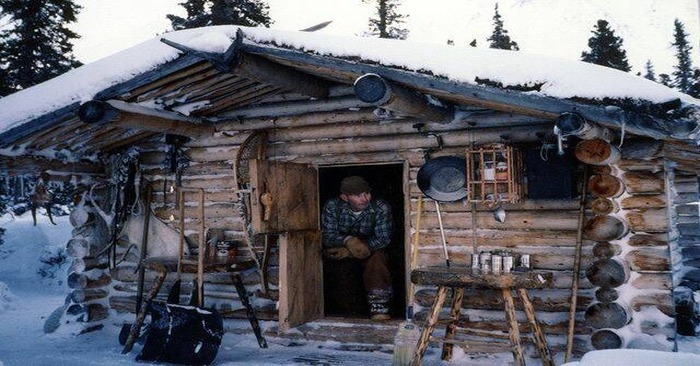 Richard “Dick” Proenneke has worked as a reporter, photojournalist, and environmentalist throughout his life. Additionally, he lived by himself for 30 years in a hand-built treehouse that was located far out in the Backcountry.

While he was 54 years old, he relocated into the home and remained there until 1999. After that, he relocated to his brother Raymond’s home, where he lived for the following four years before going away.

The house was the adolescent’s ideal abode. The house could only be reached by aircraft. Dick was lucky to have a trustworthy buddy who was ready to provide a hand occasionally.

Pilot Leon Reid Alsworth, a friend of his, frequently visited the house. He promised to bring Dick all the food and materials he required. He also received all of his letters in this manner. The food he delivered would be kept chilled by being kept below in steel canisters. He was able to safely keep all of his perishable items with the help of this clever storage solution.

Dick rarely ventured outside of his home. If he ever left the neighbourhood, it was to be with his family. He genuinely loved living alone, thus the splendour of the Backcountry appealed to him considerably. He claimed that he didn’t need to leave as he had all he required to be content.

Even material for the The only one in the Woods film was captured. There was so much video captured that a prequel was created some few years later.

Watch the clip above if you want to understand more about the extraordinary life he led. Our only prayer is that his deeply emotional concern for environmental protection and the environment will live on for many coming years.