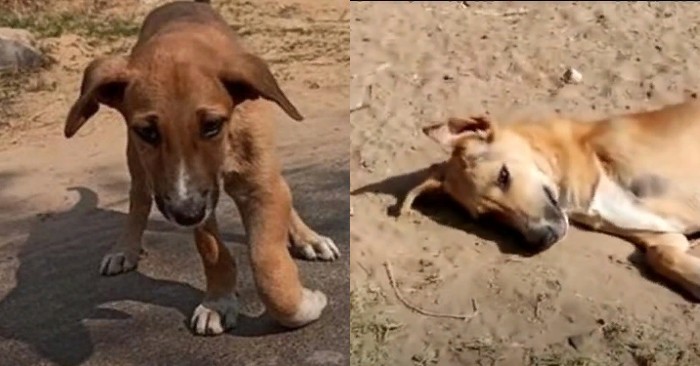 Despite the severe pain in his leg, the dog was very friendly to the rescuers.

This story is about Judo, a poor dog that was hit by a car and suffered numerous broken legs. Luckily, RRSA India was able to save him before it was too late.

Despite the severe pain in his leg, the dog was very friendly to the rescuers and began to wag his tail incessantly. The dog was taken to the vet for x-rays and blood work. Because the dog’s leg was in such poor condition, it was transferred to a specialized veterinary clinic with state-of-the-art surgical equipment. Unfortunately, it was too late for his leg, as the vet decided cutting off the leg would be the best option due to the high risk of bleeding and infection.