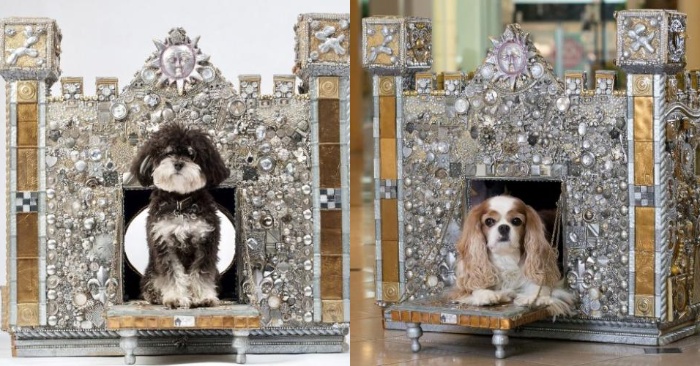 The Lemurov.net editors know a simple way to make anything infinitely expensive: replace simple elements with their precious metal counterparts. In the case of American designer Eileen Goldenberg’s piece, it’s even cooler, she used real jewelry to decorate the dog house! We don’t know about dogs, but people are definitely impressed. 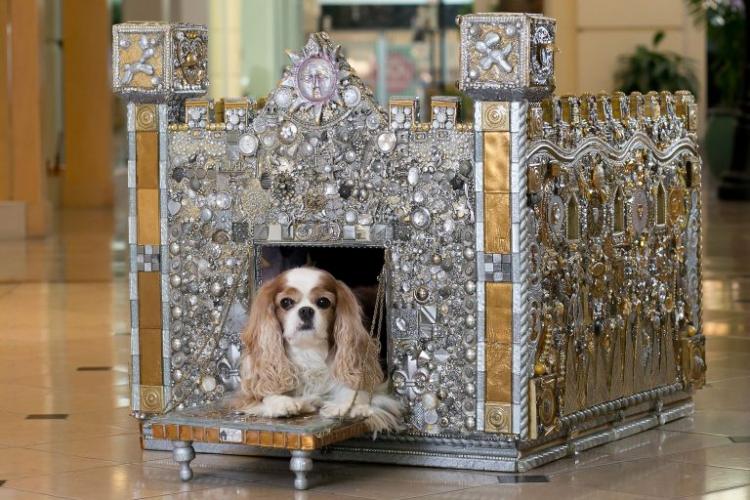 The booth, more precisely, the booth, due to its modest size, was created specifically for the Blue Cross charity auction dedicated to caring for stray dogs. To create such an almost work of art, designer Goldenberg used a bunch of costume jewelry and jewelry that she had accumulated over the years of her travels. There are about 2,000 individual stones and elements in total, worth about 3,000 euros – it looks cooler than it really is. 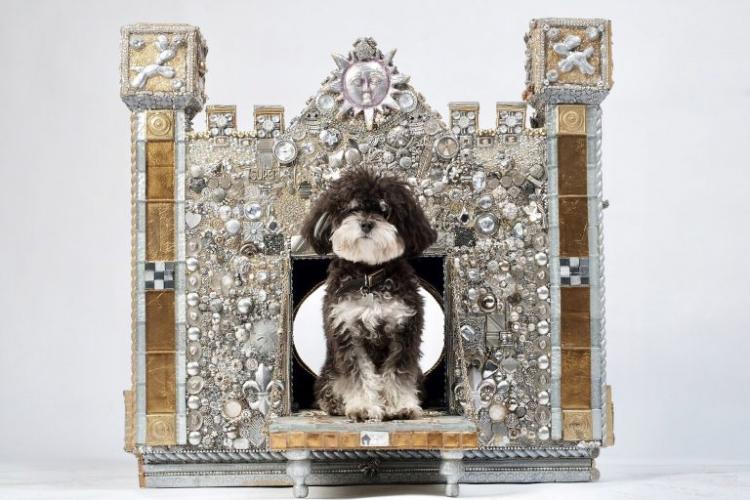 The booth is designed in the form of a castle, as evidenced by the two inscriptions “Dog house – this is her castle” and “Chambers for the dog.” There is a swing bridge, turrets, and the floor is paved with Gothic tiles. The roof is removable, for ease of use, there are loopholes in the walls for ventilation and visibility of the area. The booth became the most notable lot of twenty other design creations, but it failed to sell the first time and now the miracle building is put up for auction.