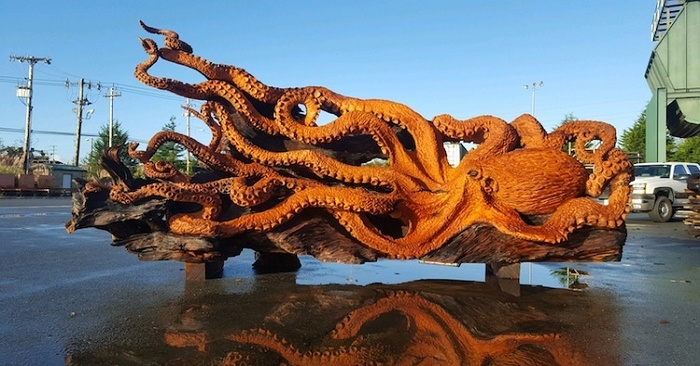 Nothing can break you, if you have a motivation and a power of will.

If you have a creative mind and talent there would not be end for your ideas even if they are connected with unused pieces of trees. You can make of wood whatever you want. This massive sculpture of octopus will become your inspiration.

These carvings are very enormous and heavy. The sculptor is Jeffrey Michael Samudosky. He used chainsaw and other tools to create huge sculpture of that ocean creature. 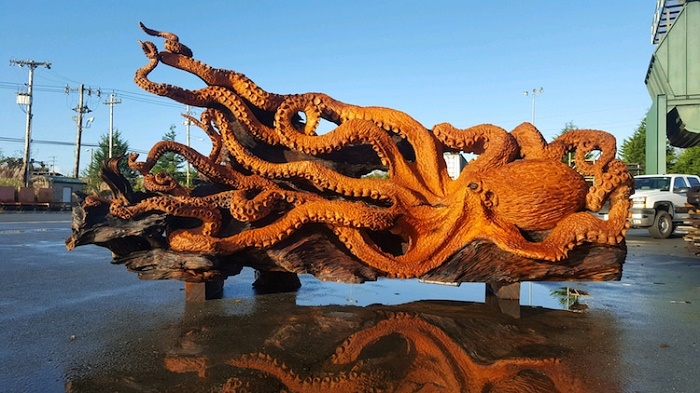 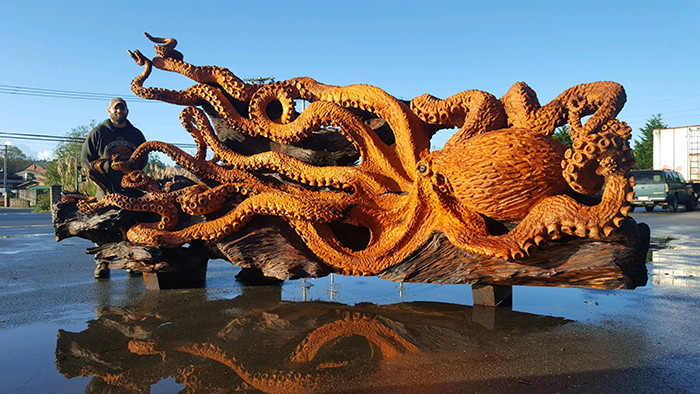 He worked as a guide before becoming a chainsaw sculptor. Then he was certified as a medical technician of wilderness emergency. He was fond of snowboarding and because of that activity he broke his back and lost the feeling in his legs. It took him 8 months to recover. 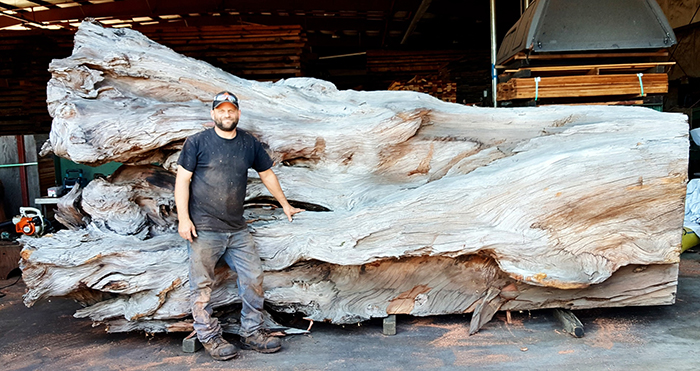 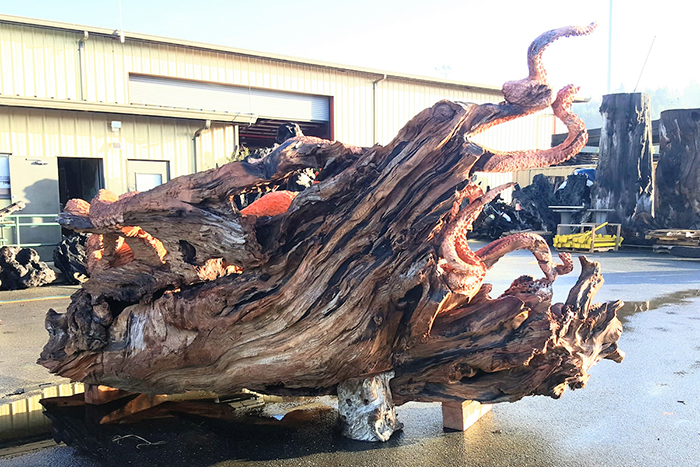 Though he had difficulties because of snowboarding, he still loves it.

He continued travelling and during one of his trips he felt that he is interested in wooden carvings and he decided to do the same himself. 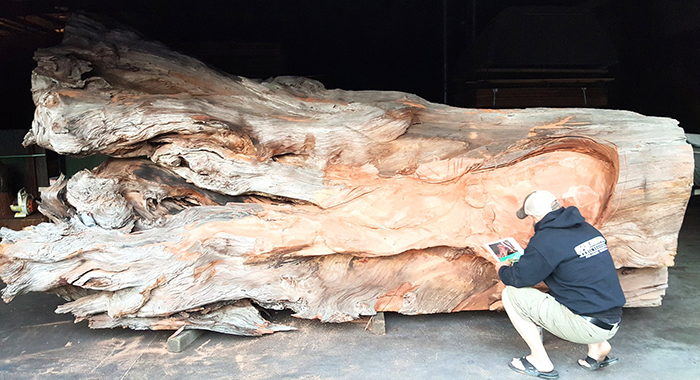 He worked for about 20 years in this industry and caught the attention of experts and journalists. 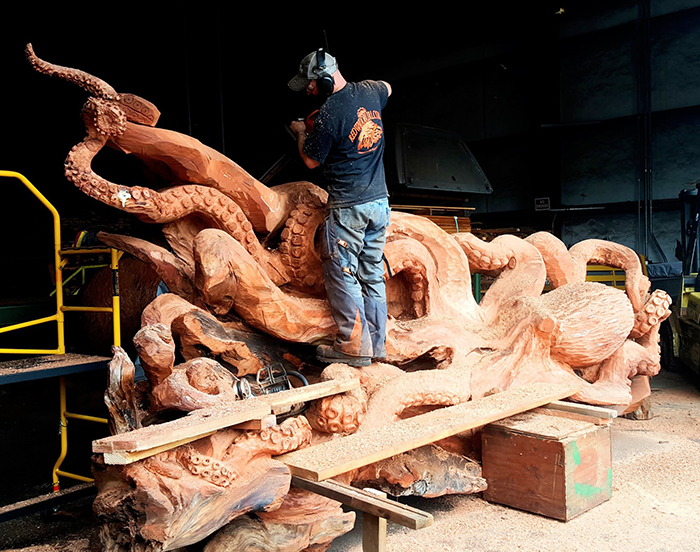 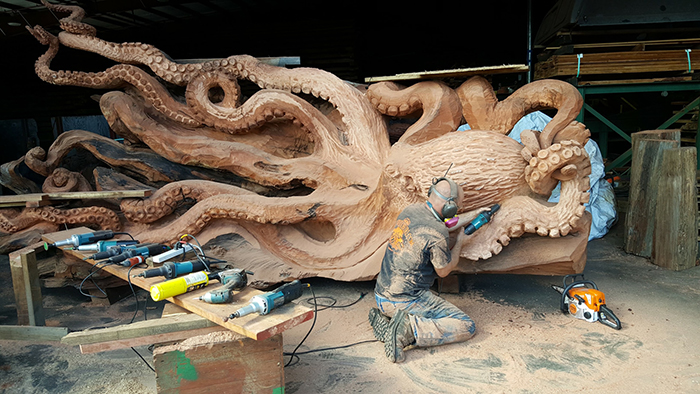 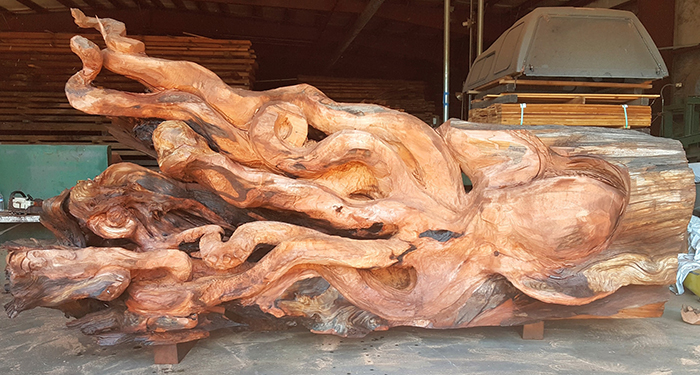 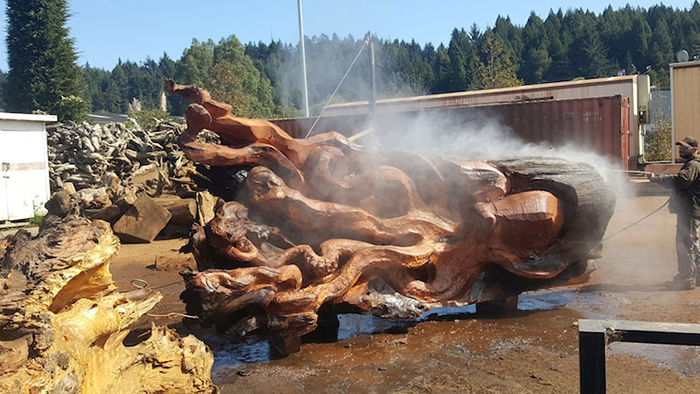 The main animal he carves is octopus, but you can find other animals in his works, too. Mainly he creates his sculptures bigger than the real sizes of the animals are. 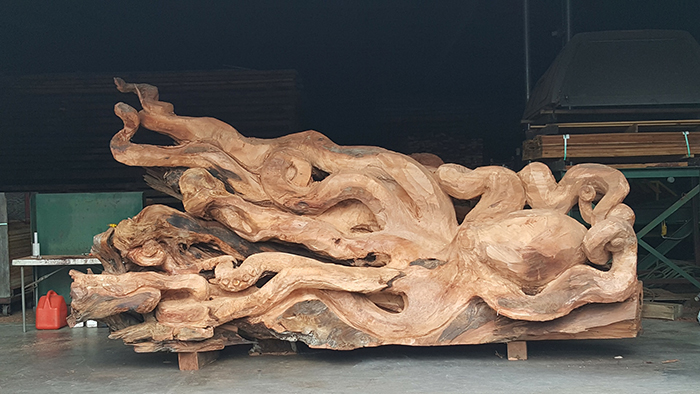 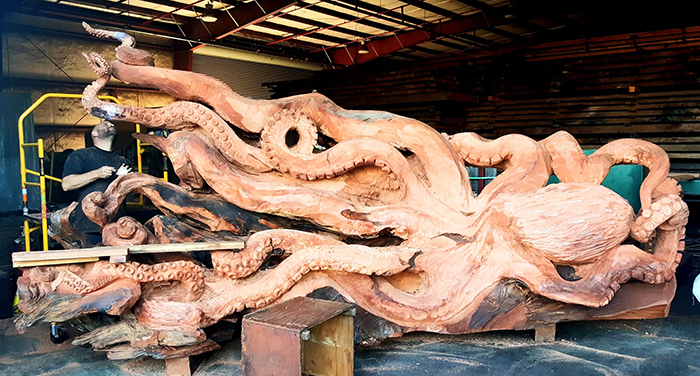 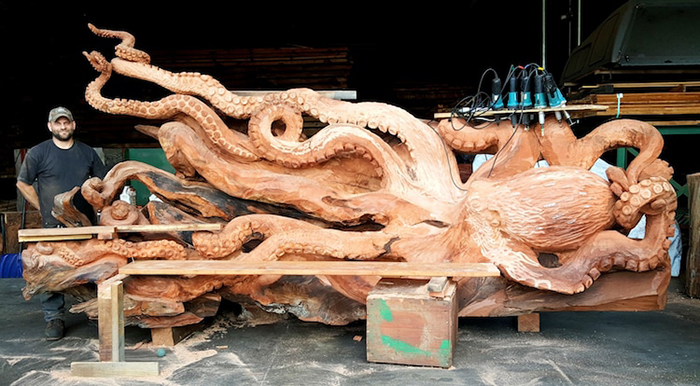 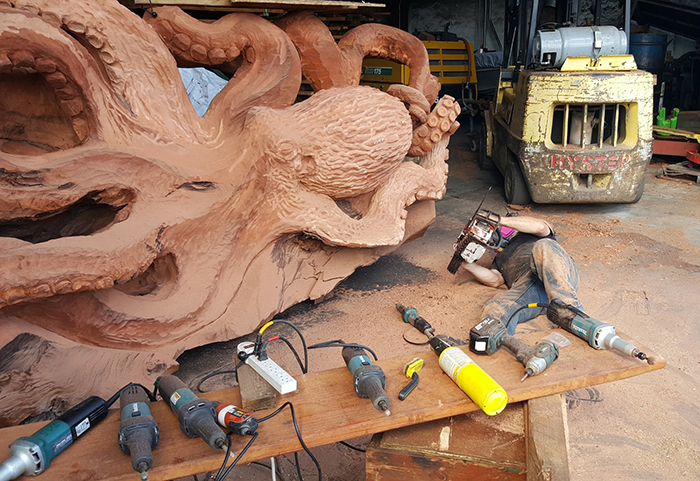 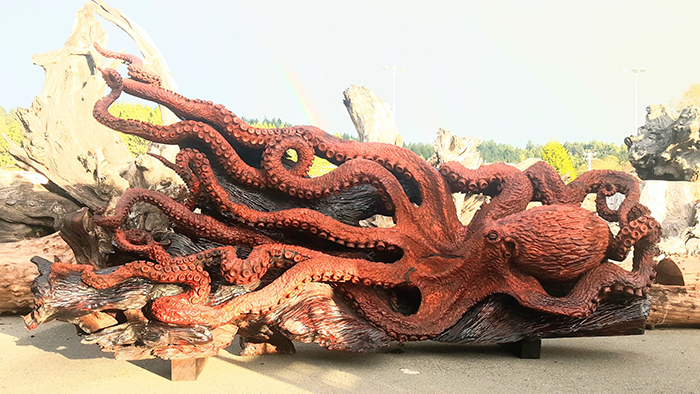 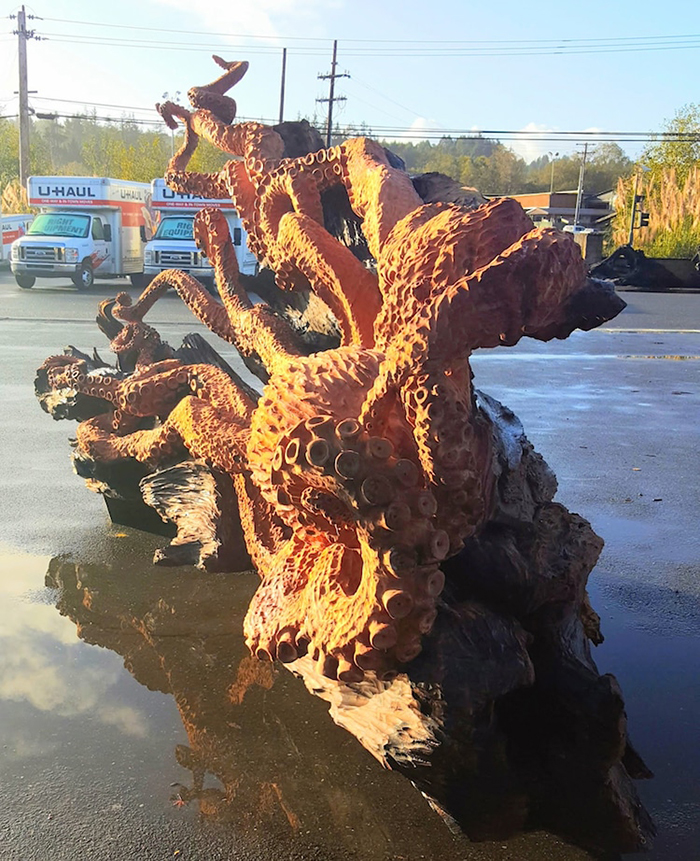 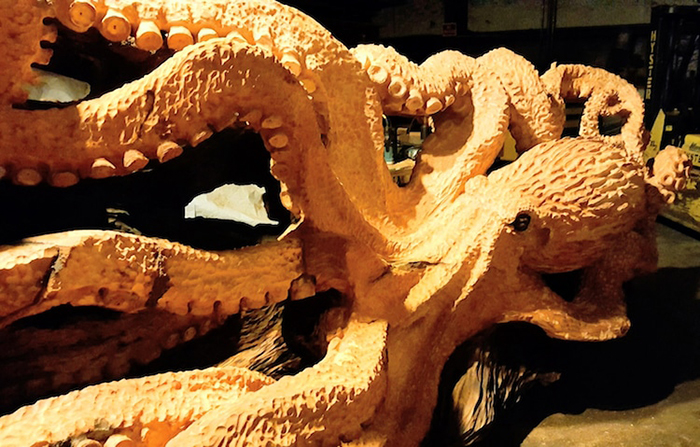 Would you like to have wooden octopuses in your country?